Karine Jean-Pierre — who next Friday will be both the first black and first openly gay person to hold the key White House post — lives with the network’s national correspondent in Washington, DC, with their 7-year-old daughter.

The Haitian-born press pick gushed about her relationship with Malveaux in Jean-Pierre’s 2019 memoir, “Moving Forward.”

“Most of all, I want to say that every word of this book was written with love for my partner, Suzanne Malveaux, and our daughter, Soleil Malveaux Jean-Pierre. You are my life,” she wrote, also thanking “the Malveaux family.”

It also comes after her soon-to-be-predecessor, Jen Psaki, sparked similar conflict concerns for keeping the top job for six weeks after it was widely reported she’d been hired by left-leaning network MSNBC.

Soon after Jean-Pierre’s new gig was announced, Alex Marlow, editor-in-chief of the right-wing news outlet Breitbart, tweeted, “This is one of many examples of the corporate media LITERALLY in bed with the government it covers.”

Marlow noted that he had already raised concerns about Jean-Pierre’s relationship with Malveaux in his book, “Breaking the News: Exposing the Establishment Media’s Hidden Deals and Secret Corruption.”

“CNN will continue to be, in effect, the Biden administration’s communications shop,” his news site, Breitbart, claimed.

“This is one of many examples of the corporate media LITERALLY in bed with the government it covers,” tweeted Alex Marlow, editor-in-chief of right-wing news outlet Breitbart.

He had already raised concerns about the couple’s relationship and its possible influence in his book, “Breaking the News: Exposing the Establishment Media’s Hidden Deals and Secret Corruption,” he noted.

A researcher also asked on Twitter, “What is the name of the Universe where this is not a Conflict of Interest?“

But Juwan Holmes, the associate editor of LGBTQ Nation, said he has spent two years covering Jean-Pierre’s rise and insisted that “she’s the best person for the job.”

Still, Holmes conceded that her relationship to Malveaux was bound to eventually spark accusations of conflict of interest.

“I’m sure there won’t be Cuomo-level conflict of interest violations, but expect it to have it bought up in the future,” he said. 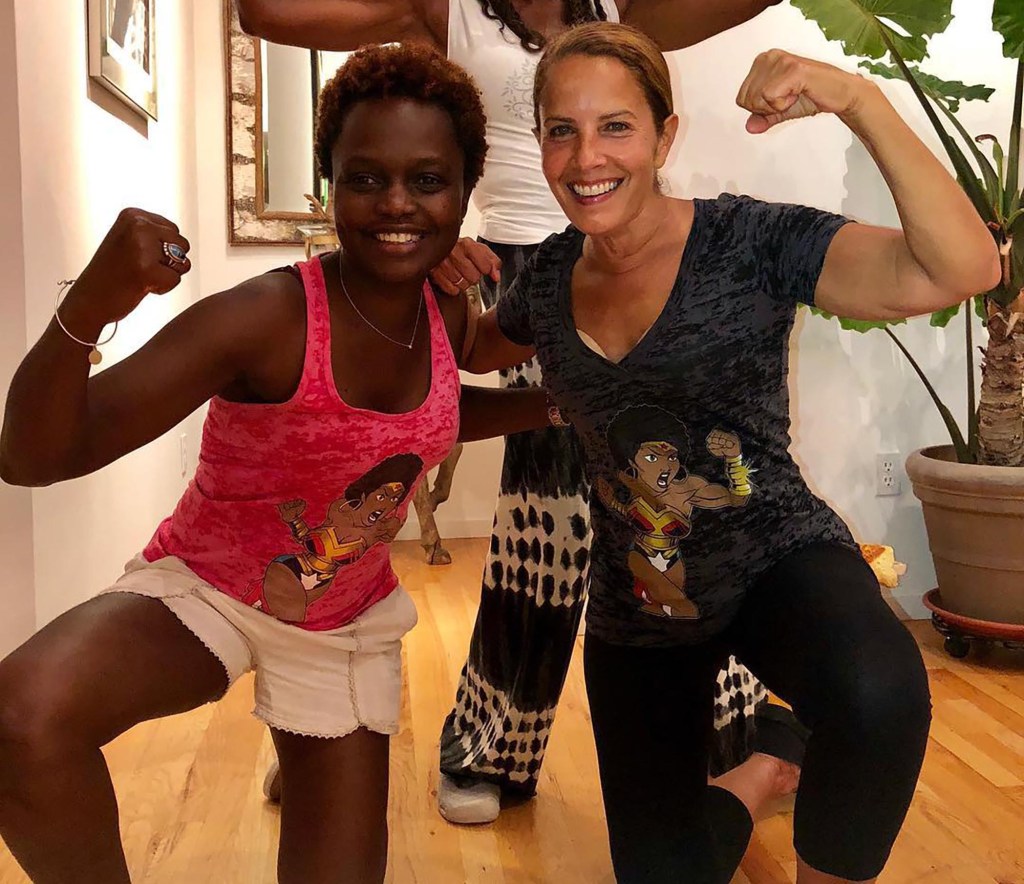 CNN has yet to officially comment, but network sources told The Post that while Malveaux will remain one of its national correspondents, she will not cover the White House or other politics while her partner serves in her new role.

Meanwhile, Jean-Pierre tweeted a thread for Pride Month last year detailing her brutal path to coming out and being accepted by her family while growing up in Queens.

“I came out to my Mom when I was 16 years old. The revolted look on her face sent me running back into the proverbial closet and slamming the door shut,” she wrote.

“After that, my sexuality became a family secret and it would stay that way for years,” she said, adding that she “dated” but “hid those relationships from my family” until they “evolved to embrace” her. 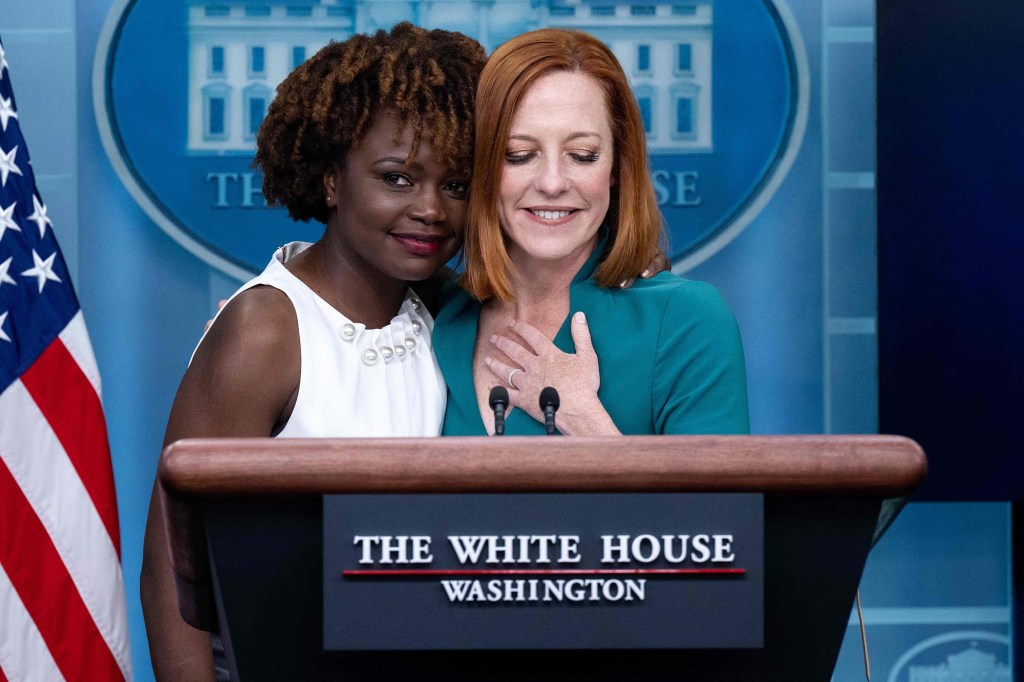 “I’m proud to be an out Black Queer woman and I have been for quite some time,” she wrote.

“I’m happy to say, my Mother is now proud of ALL of who I am; she loves my partner and she loves being a doting grandmother to the daughter we are raising.”

The conflict concerns over Jean-Pierre’s hiring come amid a similar controversy plaguing Psaki, who has not denied plans to join MSNBC.

As soon as Psaki’s expected move was first reported by Axios on April 1, the press secretary was pressed about how it could be “ethical” to remain Biden’s mouthpiece while negotiating a salary with a media outlet. 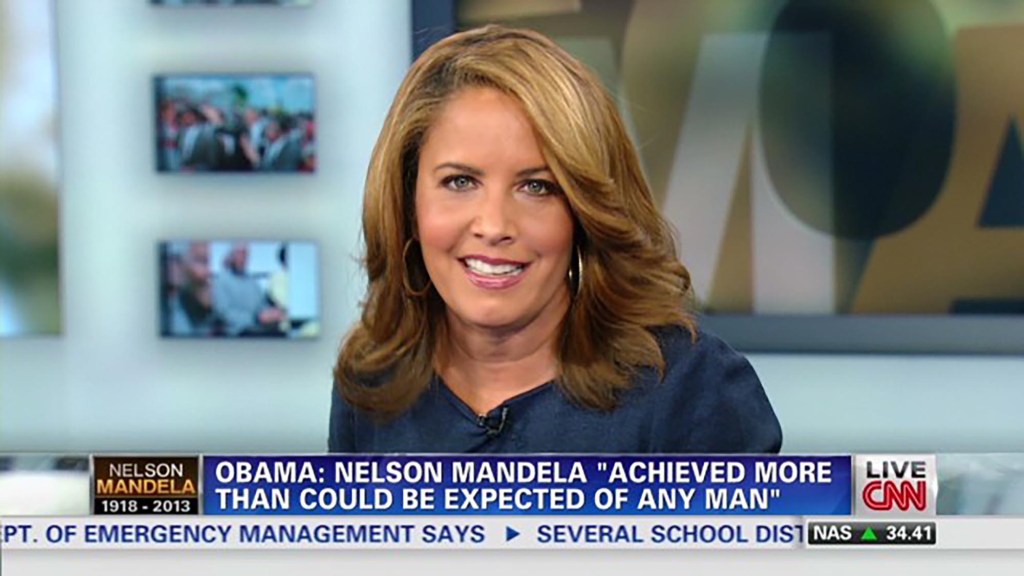 “I have always gone over and above the stringent ethical and legal requirements of the Biden administration, and I take that very seriously,” Psaki insisted at a White House briefing that day. “And as a standard for every employee of the White House, I have received rigorous ethics counseling, including as it relates to any future employment.”

She insisted that she had “complied with all ethics requirements and gone beyond and taken steps to recuse myself from the decisions as appropriate.”