Pit Bull Grabs Baby And Drags Her Outside, Mom In Disbelief As She Looks Out

Nana Chaichanhda kept chanting the same thing over and over again: “I owe Sasha my life.”

Usually, she doesn’t leave her 8-month old pit bull to sleep outside, but luck was on her side to let Sasha stay out on this particular night. It was around 11pm when Sasha started barking and thumping at the back door. She couldn’t get a good rest with her cute pet acting like that. Nana couldn’t place what the problem could be, “Sasha doesn’t act like this”. 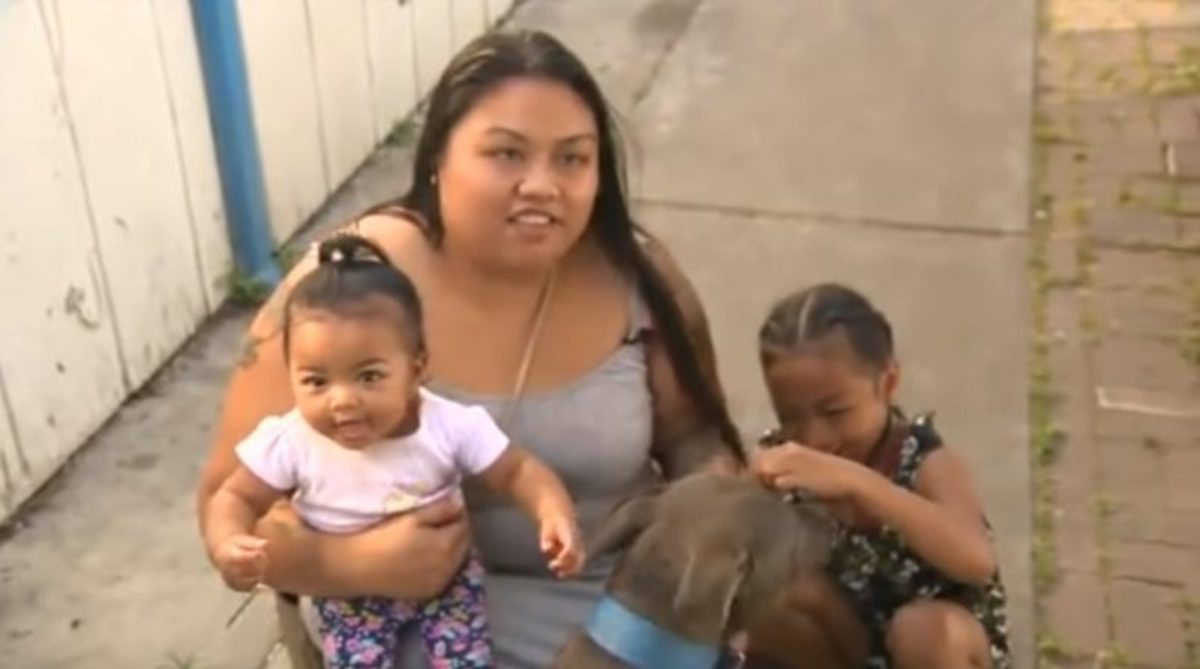 She opened the door to check why Sasha wouldn’t let her have a good sleep. Immediately Nana opened the door, Sasha went straight for the bedroom where Nana’s 7-month old baby was sleeping. Nana stepped out and saw a neighboring unit on fire. It was already spreading towards her own complex. She ran back into the house to get her children out when she saw the pit bull trying to pull her 7-month old baby, Masailah off the bed. Immediately Masailah was off the bed, Sasha started pulling at her diaper to drag her outside.

From Nana’s report she said “She had already had my baby by the diaper and was dragging her off the bed”, I was like, ‘Oh my gosh, what are you doing?’”. It was then she realized that the pit bull has a pure love for her and her children. Fortunately for them, they were able to get out of the building on time to alert the other neighbors. Everyone got out of the building before any harm could happen to them. The neighbors called for emergency service. Although they fought to put out the fire the building was already destroyed.

It was all thanks to Sasha. It wouldn’t have been simple like it turned out to be if Sasha wasn’t there for the family. Nana couldn’t help saying ” I owe my life to Sasha”. She must have felt really blessed to own a life saver like Sasha. Everyone in the neighborhood was grateful to Sasha. If it had not been her, most would have ended up being hurt, not all the lives in the neighborhood would have been complete.

Nana narrated that the pit bull has a special bond with her 7-month old daughter. The two were born a few days apart. She knew the two had formed a really great bond but she couldn’t have thought it was that deep until the fire incident happened. She is very grateful to her pet for sounding the alarm to save her, her children, and all the lives of people in the neighborhood.