Bobby Brown And Carl Payne (“Cole”) Have Sons With Same Woman, And Ladies Love Them

I LOVE OLD SCOOL MUSIC family, we have a few pretty interesting fun facts to share with you, and it involves three children of two legends we greatly respect. That would be none other than New Edition legend, Bobby Brown, and legendary actor, Carl Payne.

At first glance, one would think they have no real reason for being mentioned in the same sentence, given that Carl was best known for crackin’ us up on Martin and The Cosby Show; while Bobby was best known for cuttin’ up on stage. Well, what you’re about to witness, is the one factor they both have in common- they each have grown sons with the same woman. By the way, their sons are making the ladies break a sweat all on their own with their looks. You’ll see what we mean in a minute.

Bobby’s Relationship With His Eldest Son’s Mom Was Oftentimes Rocky
Bobby Brown was 17 when he had his first born child, Landon, with his ex-girlfriend, Melika. This was the year after he was voted out of New Edition and was just kickin’ off his solo career.

Carl Payne Later Married Her
Carl Payne married the mother of his and Bobby’s sons, Melike Payne, in 1992. Melika filed for divorce after 22 years of marriage in 2014, but the divorce was never finalized and they have since happily reunited. Carl helped raise Landon Brown (who refers to Carl as his “other dad”) ever since Landon was six-years-old.

Meet Bobby Brown’s and Melika Payne’s Son [Carl’s Stepson], Landon Brown
Some years ago, Bobby’sand Melika’s son, Landon Brown, was a slender dude. However, today Landon is 35 years old, with a child of his own. As you can see, dude has been hittin’ the gym on the daily. Needless to say, he gets many lustful comments from females shootin’ their shot at him on social media. 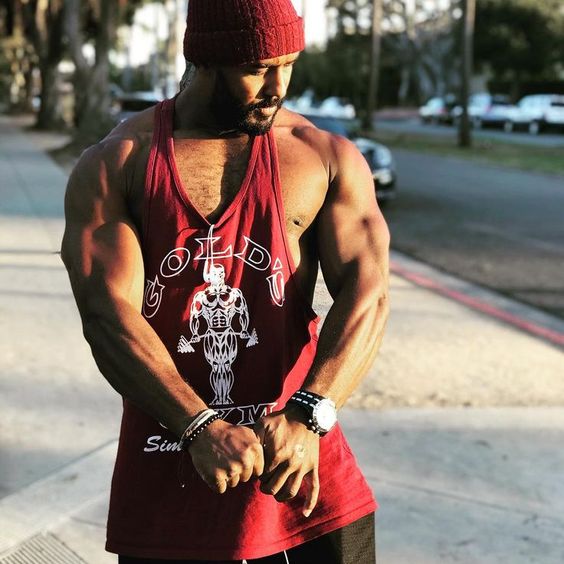 Photos Of Carl Payne’s Son & Wait ‘Til You See Their Gorgeous Mom
Years ago, Malek Payne was a youngin,’ surfing on the beach with his pops… 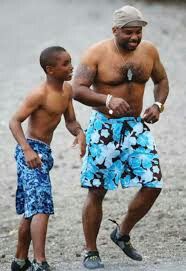 But today, Carl’s and his wife’s son, Malek, has come a long way as well…as seen in the following photo… 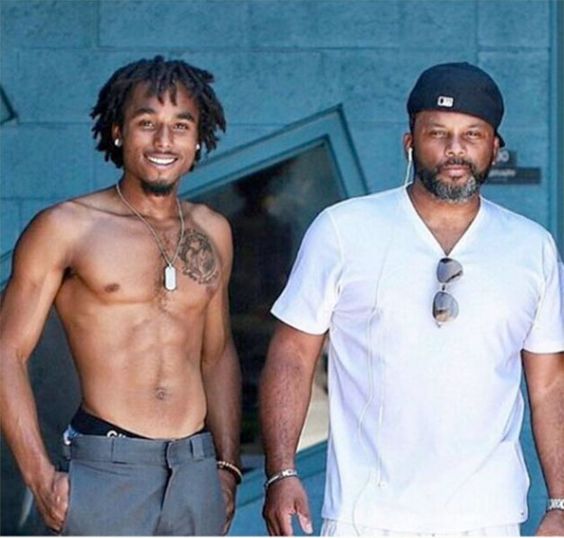 Though he’s an adult, it’s unclear how old Malek is now, but like his big bro,’ the thirst is real among the young ladies who have left a few lustful comments underneath his online pics.

Carl and Melika Payne also share another son, Carl Payne III , but he pretty much stays outta the public’s eye.

Mom Of Bobby’s And Carl’s Sons Was Portrayed In “The Bobby Brown Story” Biopic
Many of y’all may recall the scene from The Bobby Brown Story, when Bobby’s baby mama, Melika, showed up on the set of his “Girlfriend” video shoot, telling him their newborn son, Landon, needed money and daddy time. Melika was portrayed by actress, Brittany Level.

This is Melika Payne, the beautiful mother of Landon Brown and Malik Payne.

Melika’s and Bobby’s Son [Carl’s Step-son] Spoke About Bobbi Kristina’s Boyfriend
After Bobbi Kristina passed away– and prior to her boyfriend, Nick Gordon’s, death — Landon expressed his hurt and anger in an interview with Vlad TV:

“Nick Gordon is a leach he is a tag-along, he is a weak individual that can’t do for himself. … They were just friends from school [and they only got into a relationship] after her Mother passes away, that’s a bit suspicious.”

As you all know, just five years after the passing of Bobby’s and Whitney Houston’s daughter, Bobbi Kristina, in July 2015…Bobby also lost his son, Bobby Brown Jr. [from a prior relationship], to an accidental drug overdose on November 18, 2020. The N.E. legend has endured so much heartache throughout the years, but we applaud Bobby for still going strong for the sake of his other children and loved ones.