I Love Old School Music family…if you’re like us, then you were definitely yelling “Woo-Hah! Got you all in check!” back in 1995, when Busta Rhymes had every club and urban radio station across America jumpin.’ Little did many of us know at that time, Bussa-Buss was ‘woo-ha’ing’ in other areas of his life, in particular when it came to making babies. Back then, the brotha may have been busy in the bedroom, but when we fast forward to today, he’s proven that despite the rocky relationships he had with his kids’ mothers, he’s still a damn good Father to his 5 children.

Through All The Legal Battles & Baby Mama Drama, Busta’s Kids Share A Beautiful Bond With Him
1999 Paternity Battle Over Daughter, Mariah (23): ‘Busta You ARE The Father’
Let’s start with Busta’s 1999 paternity battle over his daughter Mariah. Mariah’s mom’s took him to court when she was 1 year old and the paternity test came back 99.9964 that Busta was indeed the pappy. 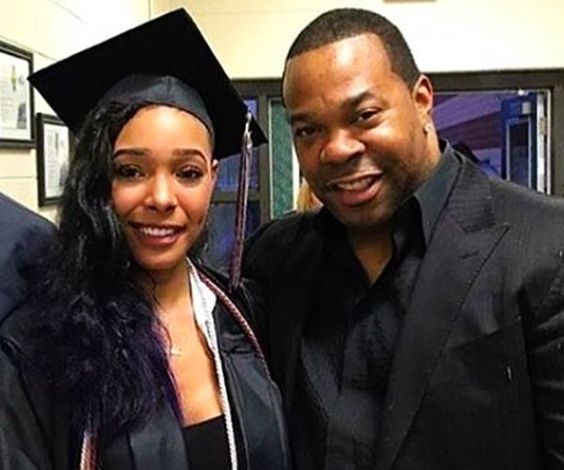 As you all can see, today Busta and Mariah have a beautiful father-daughter relationship. Here’s what he wrote online for Mariah’s graduation: “As Allah continued to bestow his blessing he gave me another beautiful and amazing young Queen [Mariah]…#ProudDad” 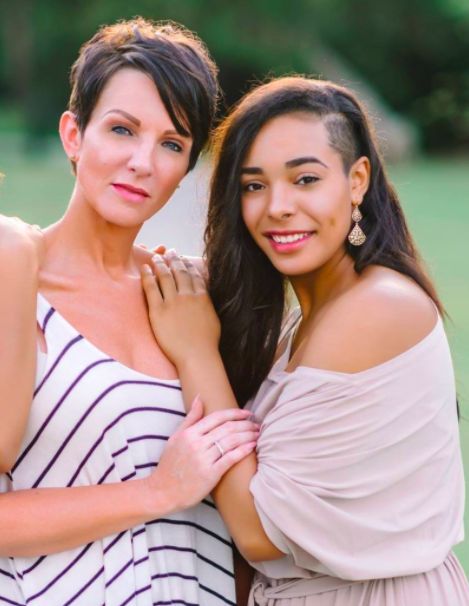 When Jill Miskelly took Busta to court in 1999, he’d already been voluntarily paying her $1,200 a month in child support for Mariah, prior to the paternity test. He’s a standup dude like that. Today, everything is apparently cool between Mariah’s parents. 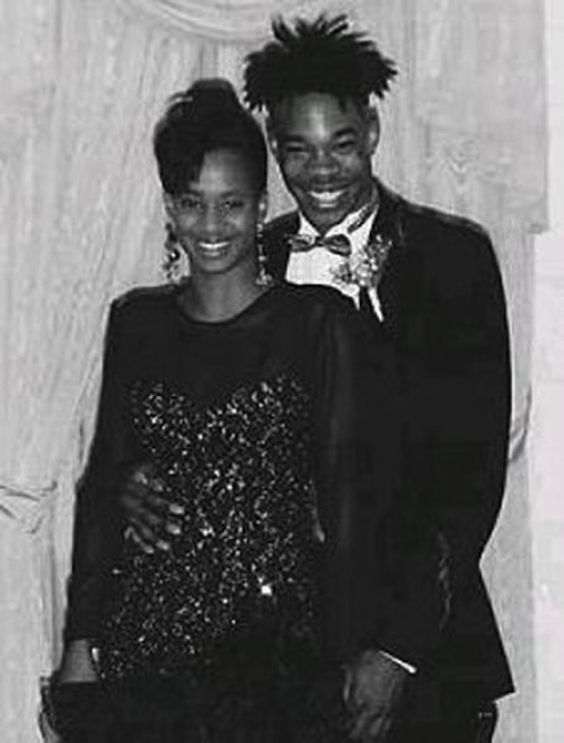 In 2005, Busta won custody of his three sons with his high school sweetheart, Joanne Wood (pictured above). They were together for over a decade, but it all came to a crashing halt after Joanne came out as a lesbian.

Ex Accused Busta Of Being Pissed Because She Became A Lesbian
Joanne told NY Post that Busta’s “fighting me [for custody] because your ego is hurt” that she fell in love with a woman. … “A relationship is a relationship. …He’s a real arrogant person, he has a problem with everything. … But on the other hand, he’s soft-hearted – he’s a softy, at times, when we’re together.”

Busta took to Instagram to thank ‘Allah for blessing him’ with his and Joanne’s 28 year old son, T’ziah Wood-Smith. 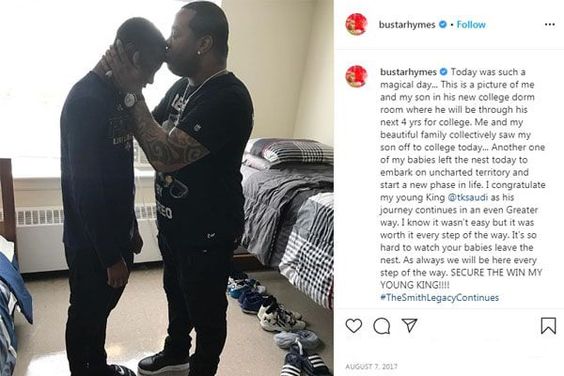 Busta thanked ‘Allah for blessing him’ with his other ‘young King,’ T’Khi Wood-Smith (22), who is also Joanne’s son. These days, T’Khi is cuttin’ up on the football field on the collegiate level, as a football player for Pace University. 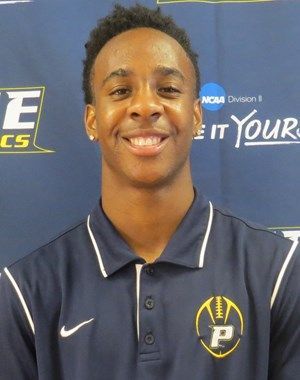 Meet the third-born child of Busta and Joanne, Trillian (far left). Busta wrote this about Trillian on Instagram: “Then you blessed me with this young King and again I am so Grateful to Allah for you [Trillian] #ProudDad”
Cacie Smith, 23

“Then Allah blessed me again with this incredible young Queen [Cacie] which I love so much. #ProudDad,” wrote Busta on Instagram. Meet Cacie’s Mom & See Who The Famous Daddy Of Her Other Siblings Is