“Cleopatra Jones” Legend Was Tough On-Screen, But She Died Under Heartbreaking Conditions

If you’re from the Old School era, you probably remember the gorgeous 6’2″ model-turned-actress, Tamara Dobson. She played the first African American super heroine in the 1973 film, “Cleopatra Jones.” She was tough as nails in her role of taking down the bad guys. Unfortunately, most of her fans didn’t know that in real life, she was battling a disease that ultimately weakened her to the core and her siblings revealed just how strong she was through it all.

TAMARA DOBSON FOUGHT A GOOD BATTLE IN HER PRIVATE LIFE…
On October 2, 2006, Tamara Dobson succumbed to pneumonia, due to complications from her LONG battle with multiple sclerosis. She’d been battling the condition ever since her diagnosis in 2000. For the last two years of her life, she was living in Keswick Multi-Care Center, a health rehabilitation facility in Baltimore, MD.

Although Tamara lived an incredibly private life in her later years, her brother explained how he watched his sister go through extreme pain behind the scenes:

Via PRNewswire: “It was tough going through that debilitating disease, especially with her athleticism and involvement in karate,” Peter Dobson says. “That was something she had to fight, and that fight was horrendous … and being a proud individual, the fight was even harder for her. She was the perfect combination of power and kindness,” he added.

Tamara was a trendsetter who always rocked the fly hats and pantsuits, with a big ‘fro one day and a closely cropped natural the next. Her height was also something to be recognized, standing at 6’2″, Ms. Dobson was entered into the Guinness Book of World Records for being the tallest leading lady in film.

Via PRNews: “She was not afraid to start a trend. She designed a lot of the
clothing that so many women emulated. With the knowledge from her degree
and her natural creativity, she helped develop elegant fashions, especially
for tall women,” says Dobson’s brother, Peter.

SHE OPENED UP RACIAL DOORS…LITERALLY 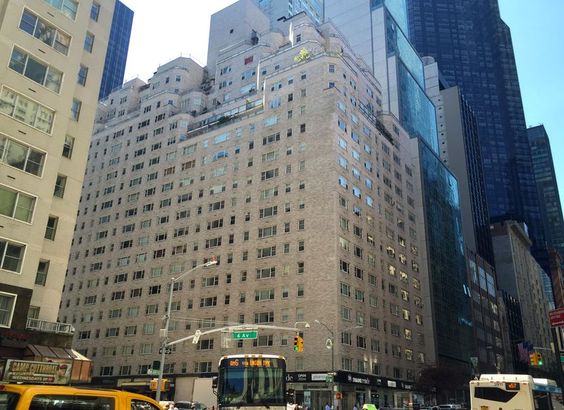 Tamara Dobson and the late tennis icon, Arthur Ashe, were the first African Americans in their living environment. Before they’d moved to the plush NYC Carnegie House Condominiums (pictured above), at 57th and 6th Streets in New York, NY, that building had zero Black residents. This is something that shouldn’t have to be considered a ‘feat,’ but since we live in such a race-fueled society, it is.

Fun facts:
– Before acting, Tamara Dobson was a hairstylist.

– If you were diggin’ Tamara’s fly outfits back in the day, you can thank her for that. She designed most of them.