Gladys Knight did a prior interview with The Insider, where she revealed that for 37 long years, Diana Ross didn’t like her. Apparently this feud stemmed from when Gladys Knight & The Pips were signed to Motown Records…and it didn’t end until 2005! Wow! They sure did a great job at keeping this beef on the hush. It wasn’t until Gladys made it public knowledge in her memoir, that folks really started finding out about it. *Scroll down for video*

Knight pretty much revealed that Diana was apparently hatin’ on her voice when they went on tour together during their Motown Days. Though, Gladys also admitted that she was confused as to why Diana was hatin’ on her, being that Diana “had all the attention in the world from Mr. Gordy and everyone else.” 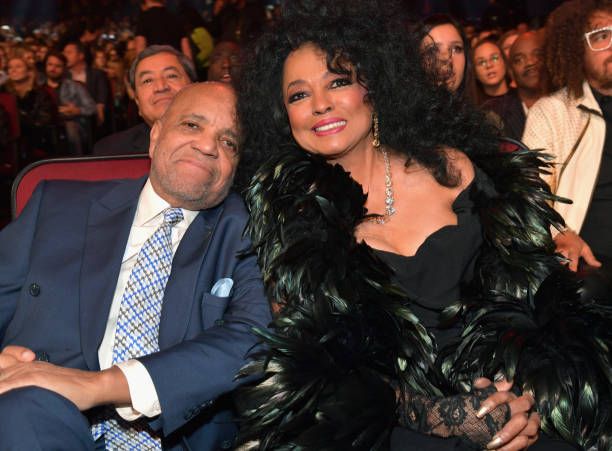 According to the “Midnight Train To Georgia” songstress, Motown’s founder, Berry Gordy (who was also dating Diana at the time), along with Diana, invited Gladys Knight & The Pips to open up for the Supremes on tour. However, Gladys soon realized that she, herself, was the ‘problem’…at least according to what Gordy told her about Diana at that time:

“We got a call from Mr. Gordy saying ‘Well, I hear you’re spoiling my act [The Supremes].” Gladys replied,”Well Mr. Gordy, that’s not what we’r about, you now. We’re just doing our show.”

Then Gladys says Berry gave her and The Pips the boot from the tour, without warning:

“He said ‘Well…I think you guys should just come on back home tomorrow.’ So, we went back home and that was the name of that game,” recalled Gladys Knight.

When asked if Diana Ross was ever mean to her, Gladys replied:

“Well I’m not a liar, I know that she wasn’t the happiest with me, let me put it like that.”

That response was very cordial of Gladys, wasn’t it? But find out what the real deal is, as she explained it further in her interview clip below:

This isn’t the first time we’ve heard about ‘the boss Ms. Ross’ doing another singer dirty. However, let’s give a lil’ bit of the benefit of a doubt here. Sometimes, Diana may have gotten a bad wrap for being a ‘difficult’ diva, when it could have simply been a reflection of her extremely competitive nature…which could be a gift AND a curse for Diana. It’s a gift because without Diana’s competitiveness, her fans probably wouldn’t have gotten the high level of music that her competitiveness pushed her to create throughout the years. It’s a curse because along her diva journey, she made many enemies in the music game.

On the flip side, we can’t blame Gladys Knight for not wanting to put up with Diana’s rudeness towards her. Most of us would have responded to it the same way.

This just goes to show that Old School beef existed too. It’s a beautiful thing to see Gladys and Diana eventually put their differences to rest.