Former It’s A Different World actor, Darryl M. Bell (who played “Dwayne Wayne’s” friend, “Ron Johnson”) has had his highs and lows in the entertainment biz’ and in his personal life. In fact, the situation that happened between him and his family, is proof of his personal drama. Darryl is in a great space now, but back in the day, he blew MILLIONS of his rich father’s money. Unfortunately, Darryl learned the hard way, that sometimes mixing money, business, and family is a recipe for disaster.

His Family Was Well-Off
In case ya’ll haven’t heard, Darryl comes from a well off family. Although the School Daze star became a famous actor, he wasn’t the only mega-success story in his family, his pops, the late Travers Bell Jr., did so first.

Travers wasn’t an actor by far, but he was a record breaking businessman. By 1971, Travers Bell Jr. became the first owner and founder of a Black-owned member firm of the New York Stock Exchange. With only $175K in capital, he had developed Daniels & Bell Inc., a securities firm on Wall Street, which by the time of his untimely passing in 1988, had grown to a net worth of nearly $15million. Travers was also a major shareholder in Freedom National Bank and Cocoline Chocolate Co. (the company that made chocolate chips for Nabisco).

Why Darryl M. Bell’s Fam’ Took Him To Court & HOW MUCH $ He Lost
As Darryl’s It’s A Different World stint was coming to an end in 1993, he was embarking on a new dynamic in his life- a 6 month court battle. After Darryl’s beloved father, Travers, passed away at the age of 46 from a heart attack, he left his multi-million dollar business to Darryl. However, after Darryl ended up losing most of his pop’s $14.9 million, due to inexperience, his dad’s widow and two of Darryl’s aunts (Travers’ sisters) took him to court:

[Travers] Bell had also been major shareholder in Freedom National Bank, which was taken over by federal authorities three years after he died. In addition, Cocoline Chocolate Co.,…filed a Chapter 11 bankruptcy petition [in 1992].

A Superior Court probate judge in Morris County, N.J., ruled…actor Darryl Bell wasted the $14 million estate left by his late father out of imprudence, rather than wrongdoing as charged in a suit…While Bell had no experience in the business, court records indicate he put his mother and sister on the payroll and amassed a huge debt on the corporate credit card. As assets and revenue plummeted at the firm, the widow of the late founder, Laura Bell, and two of his sisters, Joanne Walker and Karen Bell McClearin, filed suit charging the young actor mismanaged the established New York securities firm.’ -via Jet Magazine; May 1993

After it was all said and done, Darryl’s father’s business plummeted from a net worth of $14.9million to $1million. The business owed several debtors, including the IRS, which had a $2.3million stake in the estate at that time.

But That’s Not All, See What Else His Family Claimed

In their suit, the women [Darryl’s aunts and father’s widow] had charged [that Darryl M.] Bell had mismanaged the business and misappropriated monies. They also asked the court to name new executors of the will and asked that co-executors, Darryl and his grandfather, be held accountable for replacing $5 million they maintained had disappeared from the estate. In dismissing the case after a six-month trial, [Judge] Stanton attributed the firm’s hard times to Bell’s inexperience rather than malicious intent. […] [Judge] Stanton said, “This estate has turned out to be a disaster. It is all very regrettable.” -via Jet Magazine, 1993

He Credits Spike Lee For His Career 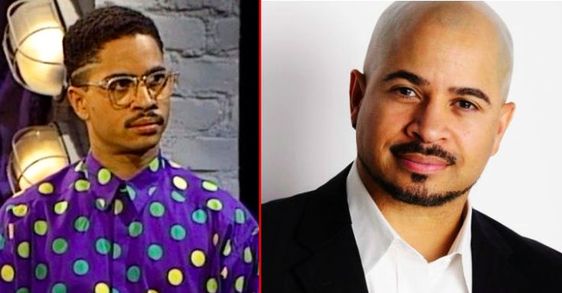 On a lighter side of things, Darryl had a successful acting career, which started while he was a Syracuse University college student and he said he owes it all to director, Spike Lee:

Darryl Bell- “I went to see ‘She’s Gotta Have It’…in New York City. There was a big line outside, and Spike was out front just signing autographs.” Bell says he told Spike to give him a part in his next movie if he wanted him to buy a $10 ‘She’s Gotta Have It’ T-shirt. They talked for a while, then Lee gave Bell his address and told him to send some photographs of himself. Soon after, he was auditioning for the role of ‘Big Brother X-Ray Vision’ in ‘School Daze.’ “After the audition, Spike said I’d definitely hear from him again. […] It’s because of Spike that I’m in this business. It’s because of Spike that I met people who helped me get on ‘A Different World,’ namely his casting director, Robi Reed.” -via The Chicago Tribune.

Just like the old school saying goes, ‘We live and we learn.’ Darryl M. Bell took a major ‘L’ on the chin, but his life has been a full circle learning lesson for him…hopefully he’s become better as a result.