If there’s one thing we’ve learned about Bobby Brown in recent years, it’s that his life has been hit with multiple tragedies in a rather short amount of time. One such tragedy was covered in a scene from his BET biopic, Bobby Brown Story,” in which he lost his beloved mother, Carole Brown; and how Bobby’s then ex-wife, Whitney Houston, delivered a touching song tribute to Mrs. Carole. So did Bobby’s New Edition brothers.

During the funeral scene, Whitney was portrayed as stating Mrs. Carole would be her mother-in-law ‘forever’ … and she didn’t care that Bobby’s wife, Alicia Etheredge-Brown, was sitting right there in front as she spoke. That was the Whitney the we all know and love — she kept it real at ALL times, even in the midst of her ‘forever mom-in-law’s’ funeral.

Needless to say…at the time of Bobby’s biopic, Twitter was on fire following that heart-wrenching funeral scene in the movie. But now, the actual footage of both Whitney & New Edition singing at Mrs. Carole’s REAL funeral has surfaced. Whitney sang “Precious Lord,” and she later joined Johnny Gill (accompanied by Ronnie, Bobby, Ricky, Ralph, and Mike) for a rendition of “Never Would Have Made It.”

It was very sad — but beautiful to witness at the same time — as Whitney sang her heart out to offer comfort for the man she was once in love with for 14+ years, and also as New Edition uplifted Bobby B. and family at the home-going.

Mrs. Carole Brown would have been proud of her ‘forever’ daughter-in-law and her sons’ childhood friends, N.E., who she’d known ever since they were youngins running around Boston. Take a look at these rarely seen tributes:

Bobby Mourned Back-To-Back Personal Deaths
It’s so heartbreaking to see that footage of Whitney singing at Mama Carole’s funeral, only for Whitney to pass away, just over one year later.

As we previously reported, Bobby’s dad, mom, and ex-wife, Whitney Houston, died all within a 2-year span. Just three years later, so did his beloved daughter, Bobby Kristina Brown, followed by his son (from a prior relationship), Bobby Brown Jr., in 2020. 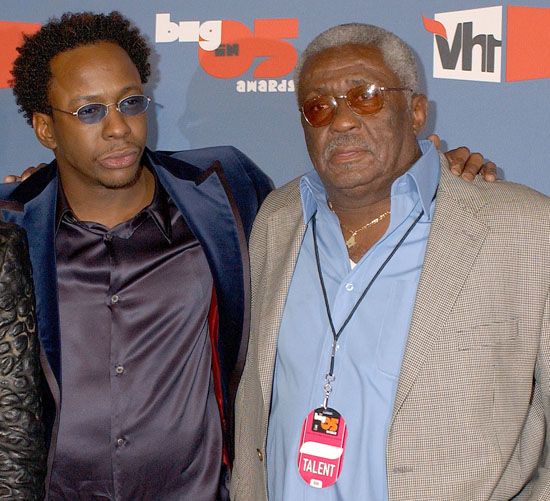 Sadly, only one month after Bobby’s Dad passed away, our beloved Whitney passed away on February 11, 2012, sending Bobby into a downward spiral that was clouded in extreme grief, as he tried to cope with what was happening. After Whitney’s death, Bobby had a relapse with alcohol addiction in August of 2012, after successfully managing to stay sober for 7 years prior to that. His 2012 relapse caused him to get a DUI, which landed him in rehab for 18 months.

Then came the ultimate, most unnatural kind of pain that NO parent should ever have to bare- the death of his and Whitney’s daughter, Bobbi Kristina on July 26, 2015. Sadly, by February 2016, Bobby Brown was reportedly back in the same position he was in about four years prior to– allegedly trying to self medicate the grief away. That caused him to enter into a rehab facility for an unknown substance abuse, allegedly.

As if losing one child wasn’t already devastating enough…2020 dealt another severe blow to Bobby’s and his loved ones, with the death of his son (from a prior relationship), Bobby Brown Jr. As you all know, Bobby Jr. died of an accidental drug overdose at age 28, on November 18, 2020. It’s unclear if Bobby Sr. fell into a relapse following his son’s death, but hopefully, he did not.

Although Bobby has been fighting his heart out to keep pushing forward in life with his other children and also within his career, there is only so much heartache one person can take; and we all have different ways of dealing with it. We truly wish Bobby Brown well and give him the utmost respect for sharing his ups, downs, fails, and heartaches with the world. Hopefully his story will help someone else from making the same mistakes.