ILOSM family, before we get into why music icon, Sade, called the late, great Prince, “trashy,” we wanna first send her some love simply for giving us all timeless R&B classics that are still applause-worthy to this day. By the way, the 63-year-old is still hella sexy these days too, but I digress…

Anywho, for years I’ve wondered why Sade was so ‘shy,’ when it came to doing interviews- which she mostly ran away from like the plague. However, after reading her very candid 1988 interview with Interview Magazine, I’m now starting to think she’s ‘shied away’ from interviews not because she’s ‘shy’…but instead, because she’s too real. Therefore, Sade has probably concluded that it’d be wise to keep her opinions on the low. But there was one time when she let her real opinions fly…and the iconic Prince was on the receiving end of that..

Sade Had No Problem Speaking Her Mind
The Nigerian-British songstress hails from a bloodline of people known for speaking their minds. Her Pops was Nigerian and her Moms was British. Both Nigerians and Brits are widely known for telling it like it is. So, Sade seemingly inherited those traits, which displayed in her interview with Interview Magazine.

Sade Was Asked If Being A “Perfectionist” Helped Her Music, Then She Mentioned Prince

“Perhaps it’s detrimental in a way. Somebody like Prince, for instance — I think he’s quite slapdash. He’s a bit like a bull—he goes in with his horns down and charges, but there’s a chance he’s going to hit the right spot. He produces a lot.”- Sade, 1988

“Much Of What He Does Is Trashy”
Sade: “I think much of what he (Prince) does is quite trashy and don’t like it all, but every now and then he does something that is really genius. He’s very, very talented, but the most important thing about Prince is that he’s braver than a lot of other people.”

Sade Then Made A Personal Confession
Sade: “I don’t think I’m as brave as that. I may be too proud and scared of losing face, and maybe that does somewhat stifle what we do. Maybe I look too closely at what we do, and it’s not necessary to be that concerned.”

“Every time the press talked about me, the headlines were ‘Lovesick Sade, Sad, Sad, Sade, things like that. They would say, ‘Lovesick Sade is shut away in her penthouse flat,’ as if I were Marie Antoinette; anyone would think I had a moat around my house.” – Sade

“Then they said, ‘Lovesick Sade is having a glass window put above her bed so she can gaze at the stars in her lonely nights,’ or something like that. …And they said that I was having a dance floor put in my living room. They think I’m Barry Manilow! [laughs]”

Sade Is Reserved, But Her Transgender Son Is The TOTAL Opposite 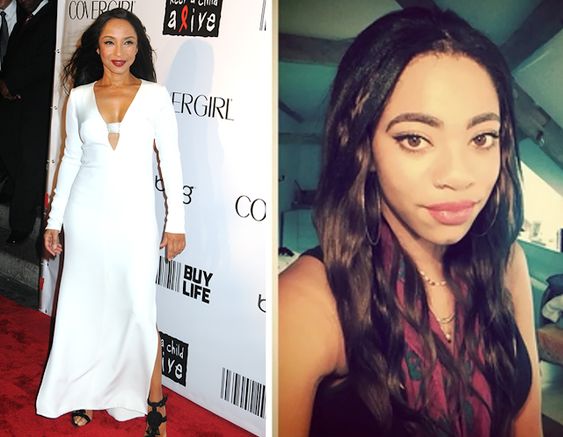 In 2016, Sade’s, daughter, Mickailia (pictured above as a biological female), publicly came out as her transgender son, Izaak Theo, on ‘National Coming Out Day.’ Ever since then, Izaak has been sharing his life, triumphs and struggles as a transgender man with the world. 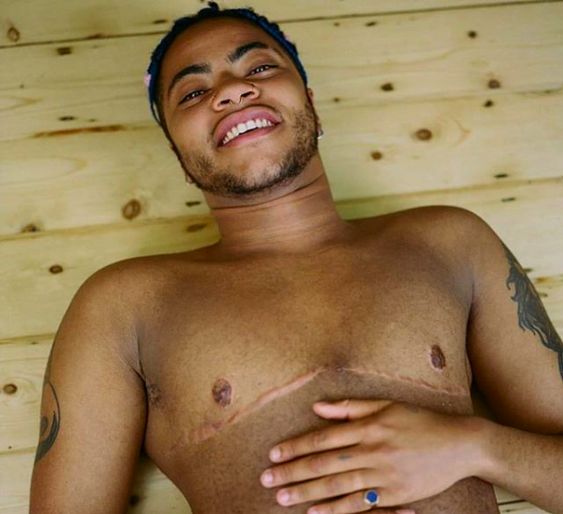 By May 2018, Izaak, proudly shared a topless photo, on social media, after having his breasts surgically removed. he captioned the above photo with a profound message: “My scars set me free.”

So How Does Sade Feel About Izaak’s Gender Transition? 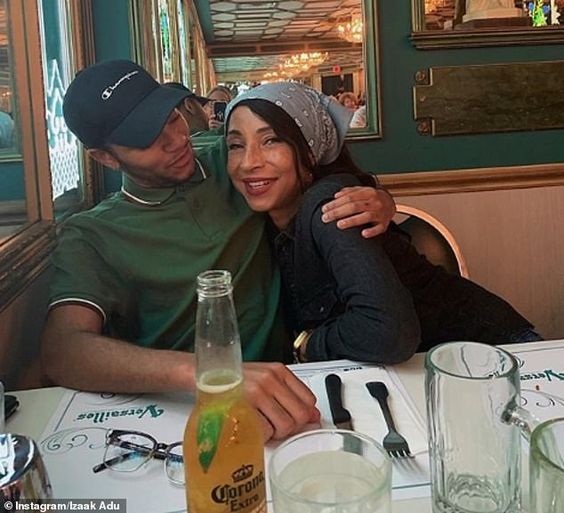 As y’all can see, Sade couldn’t care less if her daughter is a ‘she,’ or her transgender son is now a ‘he’…she loves her some Izaak Theo unconditionally! It looks like the ‘bravery’ Sade once admired in Prince, is what she now equally admires in her trans son. Beautiful!