So Sad, The Actor Who Portrayed Michael Jackson Died Way Too Young

Remember the actor who played Michael Jackson in the 1992 mini-series, The Jacksons: An American Dream? He was handpicked by MJ himself to play that role; and although most of us never knew his name, many of us remember his face from what became the only role that he was predominately known for in his acting career.

The thing that is news to a lot of us is that just like Michael Jackson, this brotha — whose name is Wylie Draper — is no longer here with us either. He sadly passed away at a very young age, soon after the Jacksons’ mini-series aired on television. He had no clue that his days were numbered at the time that he was filming the ’92 movie…but we now know that sadly, he soon learned that they were. 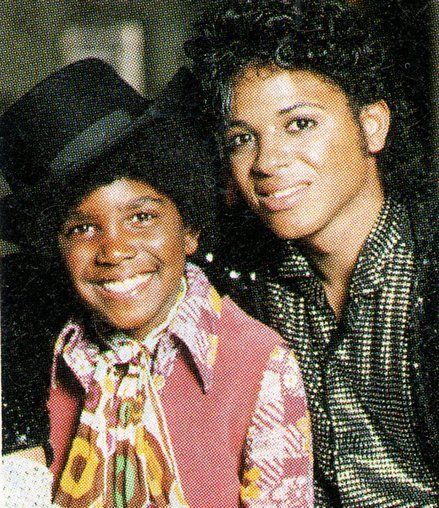 Wylie Hughes Draper Jr. was born May 5, 1969 in West Virginia. Word on the Old School curb is that as early as age ten, Wylie had already proven himself to be a superstar in the making, oftentimes dancing like MJ at his brother, Desmond’s skating rink parties, and grabbing all of the attention.

As a high school teen, Wylie dabbled in artistic expression, and as a football player for Northside High School in his hometown. While attending Pointe Park College to hone his skills as a performer, Wylie worked as the lead dancer at Disney World, and also as the lead entertainer on a Norwegian cruise line. This was around the same time that he auditioned for the role of portraying Michael Jackson in The Jacksons: An American Dream, and landed the gig.

Sadly he passed away one year later, succumbing to a rare form of leukemia on December 20, 1993. Wylie passed away without much “fanfare,” but many of us did enjoy one of the first movies depicting Micheal Jackson. So we thank and salute Wylie Draper for blessing us with his talents. Continue to rest well king.

Old School News With A New Point Of View! Remember to LIKE and join our discussions on Facebook and IG! @iloveoldschoolmusic