We all remember James Chanel Wright, the viral Youtube Patti’s Pies singer right? He was the responsible for turning Pattie’s “If Only You Knew” song into damn near a praise and worship for her then new Patti’e Pies that hit Walmart’s shelves in 2015. People everywhere grew fond of James following his viral video, and in a prior interview with BET James revealed that he almost had to “check” Patti over it.

During the interview, James first confirmed what many already assumed, that immediately after his viral video:

“The pie made 11 million dollars and sold 2.5 million pies in just two days. No Walmart in any county had a pie,” said James. People were even selling those pies for like twenty times the price, all because of…me.”

Although James’s claim — that folks were selling the pies for 20 times their actual costs — may be a bit of an exaggeration, his sales/profit numbers are probably on point. In fact, it’s a figure that’s been quoted before, regarding just how much James’s video unintentionally helped Patti sell her pies in 2015.

What Was The Problem? 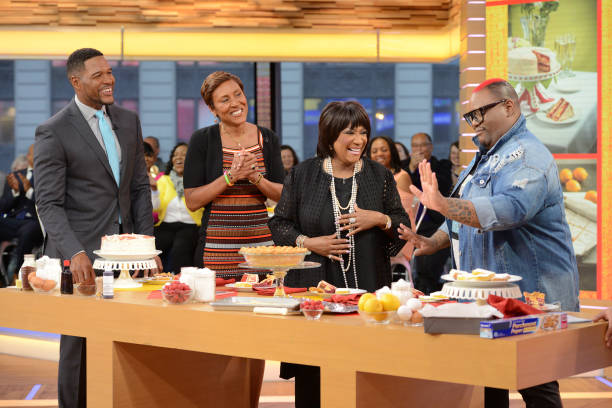 One would think that James may have had an issue with his lack of endorsement compensation from Walmart (or Patti) for helping them sell those pies. But nope, that’s not why he says he was about to “check Patti.” His prior issue had everything to do with the gigantic shade Ms. Patti threw his way, after he’d helped her and Walmart make millions without even trying:
As we previously reported in November 2015, a few days after James’ viral video was released, Patti publicly denied that James Wright’s viral video is why SO many of her pies flew off Walmart’s shelves- selling one pie every second for 72 hours straight! She apparently did not like that fact and therefore stated that SHE was the reason for the pies’ sales success…NOT James’ Youtube video. However, she did give James his props for being a good singer.

James Tells What Patti Did After Shading Him
Welp folks, that shade didn’t go unnoticed by James, nor his many social media followers. In his new BET interview, James revealed that his initial reaction to Patti’s shade was:

James then mentioned how his social media followers proceeded to go on his page to ‘light Ms. Patti UP’ for shading the man responsible for pushing her pies past the point that she could at that time. However, James displayed a great deal of respect for Patti and tried to call off the bashing she was getting:

“They went on my page and lit Miss Patti up and I had to make a post like, ‘Do not disrespect Patti.’

Patti made things right…
Thankfully, following the major backlash the R&B legend received, she put her pride to the side and realized that she did, in fact, need James on her side for her Patti’s Pies. It was either that, or Ms. Patti was forced to submit, given the relentless fan reactions toward her diss of James, who was also one of her biggest fans.

“She called my phone and was like, ‘James?’, revealed James. “And I was like, ‘Who is this?’ She said ‘It’s Patti LaBelle honey.’”

Then he said he flipped out at the realization that Patti actually was on HIS phone line:

“I sat that phone down, like the bishop just preached the word and shouted all over that house. And I was like, ‘Patti?’ …She was like, ‘James?’ And I was like ‘Hey girl!’And she was like, ‘That was an amazing thing you did with that video. I want you to come to my house for Thanksgiving.’”