R.I.P. To Jessie D, The 5th Force M.D.’s Singer To Pass Away Far Too Young

I Love Old School Music family, we have heartbreaking news to share. In case you haven’t yet heard, Jessie D. — an original member of the legendary R&B group, Force M.D.’s, has died. He was just 58 years young. His is now sadly the fifth member of the group to pass away far too young. 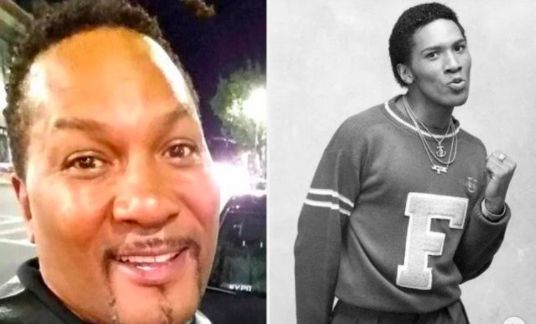 Force M.D.’s made the announcement on their Facebook page Tuesday, January 4, 2022. The details of Jessie D.’s death are unclear, but the pain of losing their brother-in-music is evident. Here’s what the group’s page share:

TO ONE HELL OF A ENTERTAINER “JESSIE D” OF LEGENDARY FORCE MDS. HE ATE, SLEEP AND BREATHE MUSIC EVERYDAY. PLEASE PUT A HEART UP FOR HIM. HE WAS LOVED!!!!!!!!!! TO THE FAMILY, FRIENDS AND FANS TODAY WE LOST A REAL TALENT. OUR CONDOLENCES GOES OUT TO HIS SIBLINGS, KIDS AND THE FORCE MDS….

The group members also shared info on how fans can assist Jessie D’s family in covering funeral costs, via the apps, CashApp, Venmo, and Zelle:

As we reported a while back, Jessie D had prior struggles within his life. During the height of their success, Jessie D., reportedly became heavily involved with drugs. His addiction continued to progress, ultimately getting him booted from the group and landing him in prison. After being released from prison, Jessie briefly reunited with the then newly-reformed Force M.D.’s. However, by the time of his passing, he was reportedly no longer a part of the group…but he will surely be forever missed by his musical brothers, fans, and family.

How 3 Members Died Within A 5-Year Span…And A 4th Member Years Later
When Force M.D.’s took the R&B industry by storm, they had everybody singing “Tender love, love so tender, holding me close to you, baby I surr-en-der…”. Then they hit us again with their hits, “Love Is A House,” “Here I Go Again,” and “Tears.” They had ’80s radio on fire at that time! The Force M.D.’s music used to set the late night mellow mood radio shows off just right too.

They were on top of the world during that era. Then, things suddenly began to change behind the scenes, and ultimately three members died at very young ages.

We knew them as the clean cut group that consisted of brothers, Stevie D. and Antoine “T.C.D.” Lundy; their uncle, Jessie Lee Daniels; and their two friends, “Trisco” Pearson and Charles “Mercury” Nelson. However, what we didn’t know was that there were some struggles and internal battles they were dealing with, right in front of our eyes. 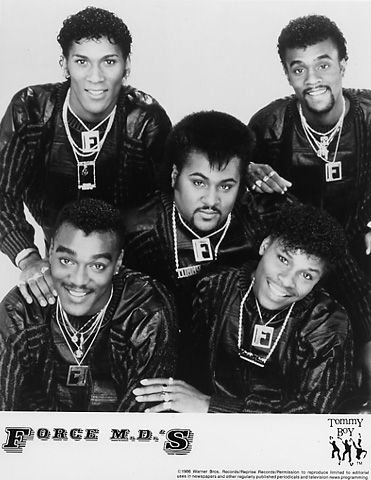 After a while, fans weren’t really buying many Force M.D.’s records anymore. Then things took a very tragic turn for the worst — prior to Jessie D’s passing, three other Force M.D.’s members died within a five-year span, and a fourth member sadly died decades later.

Charles “Mercury” Nelson died from a heart attack in 1995.

Dr. Rock (not pictured) was a former Force MD group member whom many fans didn’t get to know. He was a DJ who partnered with the group in the very early stages of their success, but left soon after Force M.D.’s first album dropped. Dr. Rock died suddenly from natural causes in 1998.

What Happened To The Remaining Original Group Member
Stevie D.

Years later, original Force M.D.’s member, Stevie D., joined forces with his brother, Rodney “Khalil” Lundy. “Khalil” was also another original group member back in the day, but he split from the group before they’d signed their first major record deal with Tommy Boy Records. 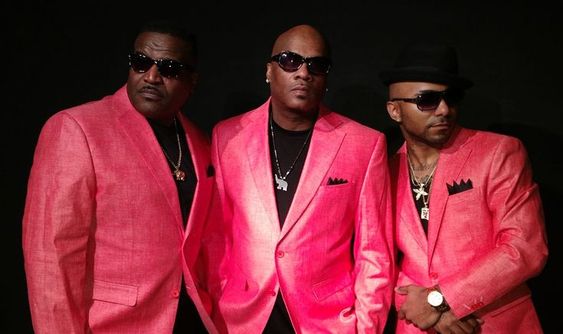 The remaining Force M.D.’s members — original member, Stevie D; and newest members, Zieme Capers and Khalil Lundy — are still performing as a 3-man group. They will continue pushing forward, while honoring their late Force M.D.’s brothers every step of the way.

Our deepest condolences to Jessie D’s family and loved ons. And may Jessie, along with his Force M.D.’s brothers, Trisco Pearson, Antoine “T.C.D.” Lundy, Charles “Mercury” Nelson, and Dr. Rock continue to rest in power.