Remember when the Mary Jane Girls hit the R&B scene in the ’80s and set it on fire with their raunchy style? They were Lil’ Kim before Lil’ Kim…and they were Nicki Minaj and Meg Thee Stallion before they were even conceived. Mary Jane Girls’ hits, “In My House,” “All Night Long,” Candyman”…all classics! JoJo, Candy, Maxie, and Cherie were the sexy girl-next-door type of superstars. But just like many groups, there was major drama that caused them to crash n’ burn after just three years together.

Decades later, their lead singer, JoJo McDuffie, shared some pretty surprising claims about her former group members and their founder, Rick James, in an interview with Eurweb a few years ago. She held nothing back, see what she said below…

JOJO ON HER DISLIKE FOR RICK JAMES 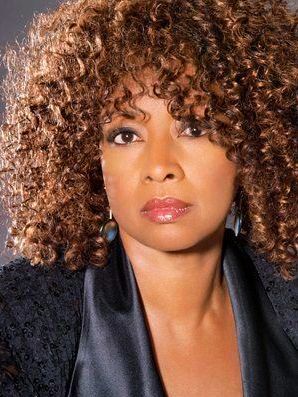 JoJo McDuffie: He [Rick James] was complicated. […] I don’t hang out and I don’t party or any of that stuff. I am not fun, in that way. As a business man I just really didn’t care for him. We got along well until he was high. I could tell when he was high. It was just a whole personality change. I just preferred not to be around him when he’s like that. When we broke up in ’86, I didn’t start speaking to him again until 1996 when his musical director invited me to do his backgrounds.”

SEX & DRUGS WITH RICK JAMES?
JoJo also insinuated that other members either had sex with Rick or did drugs with him:

JM: We [Mary Jane Girls] were extremely popular. We were on the verge of a Destiny’s Child type thing. […] I started asking for my money at that point. He [Rick James] suspended me for asking for what I am supposed to have. Unfortunately, because I didn’t get high and go for the okie-doke, he thought I was uncontrollable. I didn’t sit up and get high and sleep with him, so he had no dirt on me. It just started to fall apart from there because, not only was I unhappy, everybody was out of control. It was a time in the 80s when everybody was snorting cocaine.”

JoJo also said the Mary Jane Girls project was supposed to be a solo project for her, but that Rick had to add the other ladies at the last minute because Motown wanted a girl group. She alleges that two members were either strippers, or worked at a strip club in some capacity, when they joined the group:

“He wanted a million dollars at the time. So, Motown gave him the money and asked for pictures of the rest of the girls. There were no girls. It was just me. So, he went and found Candy and Maxie at a strip club, from what I found out later on. I didn’t know this then. Within the last ten years I found that out.”

“He just threw us in a room and said ‘Y’all get along’ and I’m completely the opposite of the other women. We had completely nothing in common. I had a family I was trying to take care of. And we were all around the same age, but they didn’t have any children to take care of. I did. We were recording from ’82 to ’86.

THE GROUP PULLED A MILLI VANILLI ON US?
According to JoJo McDuffie, the other group members pulled a ‘Milli Vanilli’ on their fans, because she says they didn’t sing on most of Mary Jane Girls’ records, except for two small parts:

JM: “He [Rick James] would use them in the studio, but I would have to come back and re-record their parts. I don’t know if they knew that or not. The Water Sisters did the background on both albums, I did the background with them. I would sing everything on top so when you hear it all, you pretty much– all you hear is me.”

I tell ya,’ the things we learn when we do a lil’ diggin.’ JoJo McDuffie said a mouthful!

Where The Mary Jane Girls Are Now
It’s a shame The Mary Jane Girls didn’t get to soar further back then. But nowadays the ladies still perform from time to time. Decades later, JoJo released a solo album, as well. She also married Rick James’ friend…and for many years she said she’d given up singing and lived a quiet mother/wife lifestyle.

Rick James’s Family Filed Lawsuit Against Mary Jane Girls
Rick James’s family also had a pending lawsuit against the group a few years ago. Apparently, the Mary Jane Girls don’t own the name, but were still performing under the name. James’ estate owns the name and was suing to block them from using it. Not sure if the ‘suit was ever settled…but in the meantime, we wish JoJo and the rest of The Mary Jane Girls all the best with their future endeavors.