After This ‘Last Dragon’ Actor Passed Away Mysteriously, Family Was Outraged

ILOSM family make some noise if you remember “Richie Green” from the 80’s cult classic film, The Last Dragon. He was the kid who nicknamed his big brother “Bruce Leroy” in the film. “Richie” was young back then, but he had more swag than some of the older kids on the block and a flip mouth to go with it.

His real name is Leo O’Brien and sadly, the joy Leo gave the world was later followed by some ups, hard times, and tragic results. He passed away at 41 years old in 2012 under very suspicious circumstances, which we’ll get into in a minute. But first we wanted to share what Leo’s life had become prior to his passing…

The Great Times
After The Last Dragon, Leo moved on with his life outside of the entertainment world for a while. He ran several unspecified businesses on the east coast and started a family.
His Kids
Leo had four children- a daughter; and three sons. 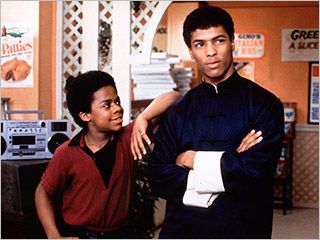 His Involvement In Unfinished “Last Dragon” Remake
Later in life, he was in the process of rebuilding his acting career. Although a sequel to The Last Dragon was in the works, Leo never got to officially start the project before his death. But according to his nephew, Michael, Leo wanted his son, Drew, to play the role of “Richie.”

“He’s been having a little problem. He’s been through a lot of tough times,” said his Last Dragon co-star, Taimak. “It’s unfortunate.”

After his jail stint, things took a greater turn for the worse and he ended dying as a result.

THE WAY HE DIED HAS RAISED MANY EYEBROWS, SEE DETAILS

Violent Incident A Year Prior To His Death
In September 2011, a year prior to Leo O’Brien’s death, he was shot three times (twice in the abdomen, once in the arm) in broad daylight at 11:50 a.m., while walking down a Harlem, NY street. The shooter was quickly identified and charged as a 50 year old male. Days after the shooting, Leo revealed in an interview that he knew the shooter. He also said that he had no idea why the dude shot him but he’d “already prayed for him three times” that “In life, sometimes sh*t happens … but I’m alright and doing better.”

In another interview at that time, Leo also stated that the shooter “just came up and shot me. No words … Then he started crying and ran.”

He was out of the hospital three days later with friend/actor, Taimak; and his nephew, Michael, by his side (as shown in the above photo).

Details About His Suspicious Death & Why Family Is Angered 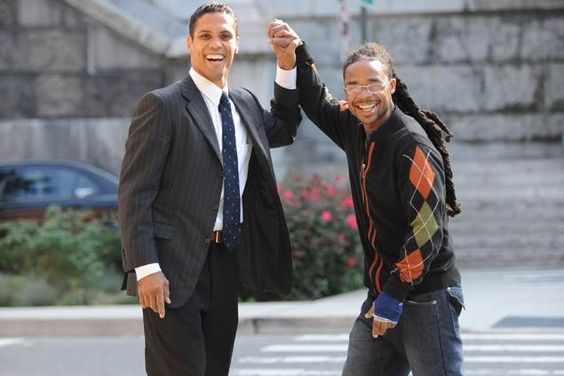 In October 2012, Leo O’Brien died unexpectedly. The official autopsy report listed his cause of death as inconclusive, but his family says that is a bunch of bullcrap:

Via TheLastDragonTribute: Official…reports were inconclusive but Michael [Lee’s nephew] feels differently, he told me “a guy we know named Travis shot him 3 times in 2011. The doctors sewed him up but they didn’t sew him up properly, so he died in his sleep from the bullet wound injuries and the improper way the doctors stitched him up. After he came home from the hospital he would always say how much his insides hurt, and his hand would go numb all the time. We believe its medical malpractice… whatever they did to supposedly fix the bullet wounds they did not do right…. somehow his insides shut down and he died in his sleep. He had a private funeral in Inglewood, New Jersey where he was born. He was cremated. In the casket he had on a blue suit and his dread locks were nicely done. I Miss him a lot.”

IF his families’s suspicions are correct, then somebody has some explaining to do and a colossal sized check to cut. Rest on Leo O’Brien…gone but never forgotten.