Patti LaBelle and Diana Ross are two of the greatest to have ever done it! They may have also set a record for being two of the greatest icons to have one of the longest running feuds in the history of soul music. It’s a good thing entertainers had major class back in the day though, because based on Patti’s recollection of her beef with Diana, this could have easily turned into a stiletto shoe throwing, weave pulling diva fist fight, had it been some of today’s entertainers.

‘THAT HEIFER COPIED OUR STYLE’
In the video interview below, Patti hilariously revealed what caused the four-decades-long tension between she and Diana. According to Patti, when they toured together back in the day, Diana used to try to make Patti and her fellow LaBelle group members look bad in front of their fans.

Patti claimed that Diana would peek into the LaBelle’s dressing room to see their show outfits, and then go buy the same outfits for the Supremes. The Supremes would then perform with those outfits and the LaBelles would have to perform right after with the same outfit that the Supremes wore, making it look like the LaBelles copied their style instead. But there’s more to this story and it also had something to do with a LaBelle jumping ship to join the Supremes. But there’s more to this story…
OPRAH FINALLY ENDED PATTI & DIANA’S 40-YEAR FEUD

In the above video Patti later revealed, on “Oprah’s Where Are They Now,” that if it weren’t for her forcing them to sit together at the celebrity luncheon she held at her home some years ago, she and Diana probably still wouldn’t be speaking.
Patti also gave a slightly different version of the story to Oprah at that time, but her claims of Diana copying LaBelle’s style still remained unchanged.

THEY PUT ON THEIR POKER FACE & PLAYED NICE FOR THE FANS

Oprah’s home wasn’t the first time Patti and Diana were forced to be together, there were others, such as the one during an awards ceremony in the video up top. Damn, they sure did play that off well, because we, the fans, had no clue they didn’t say two words to each other afterwards. 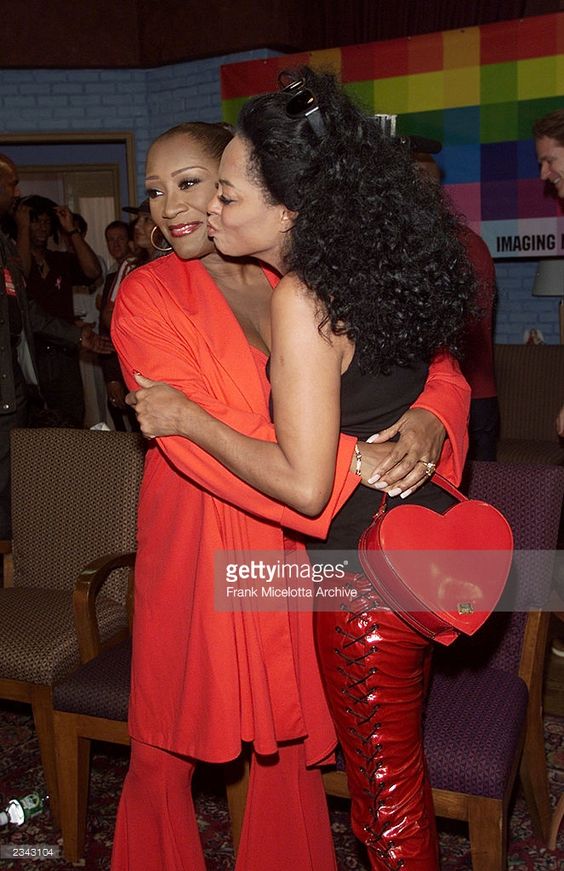 On the flip side, Diana has a history of beefs with several soul singers and other old school celebs (*coughs* Gladys Knight, some of “The Wiz” actors, Berry Gordy, Marvin Gaye, etc), but the question is: Was Diana just super petty; or did she get a bad wrap for being super competitive? Whatever the reason, we’re glad this is all behind Patti and Diana now…alls well that ends well.