ILOSM family, we are sending uplifting energy to Christopher Williams at this time. The “I’m Dreamin’” singer is reportedly in a coma. Though specific details have not been released regarding his condition, singer Al B Sure first shared the news.

In a recent Instagram post, Al B Sure shared the following photo of himself with Christoper– they’ve been friends for decades, and oftentimes refer to each other as ‘play’ cousins, or brothers. In his IG caption, Al B wrote, “Please pray for my better looking twin brother in a coma.” 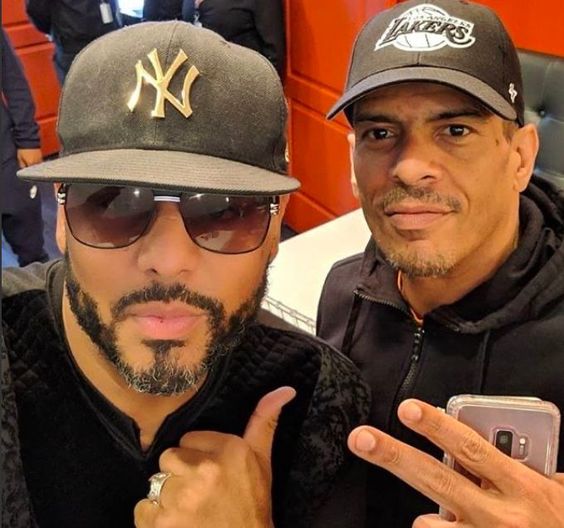 Shortly after Al B posted his message online, several celebs left emotional emojis and heartfelt comments in support of Christopher Williams. Below are a few of them.

Christopher’s love for acting and singing never faded throughout the years. As y’all know, he first stepped onto the screen in 1991 when he starred in the cult-classic, New Jack City. In more recent years, he’s made his mark in the theatrical world, having starred in various stage plays and musicals.

Also in recent years, Christopher was featured on a 2020 episode of Unsung.

And of course, many Real Housewives of Atlanta fans remember the season when Williams and his wife, Natalie Macklin, appeared in several episodes.

At this point it isn’t publicly known if Christoper Williams had any prior, or current health conditions prior to being placed in a coma. Christopher’s team has not yet released further details either. However, we’ll keep you all posted on his status.

Sending love and light to Christopher Williams, and his loved ones at this time.