When Salt-N-Pepa hit the music scene in the ’80s, they seemed to be on top of the world. Many female fans wanted to be them – or at least be their homegirls; and the fellas loved their ’round -the-way sex appeal. Cheryl “Salt” James. Sandy “Pepa” Denton, and Deidra “Spinderella” Roper were killin’ the game with their rap hits like, “Push It,” “Shoop,” and many more.

Little did anyone know -including Pepa, Spinderella, nor their past DJ, Dee Dee- Salt was feeling the farthest thing from ‘sexy.’ Matter of fact, she confessed that she felt the total opposite, especially in the presence of her fellow group members. Her way of trying to secretly ‘fix’ that, caught many off guard. Salt even revealed an extreme disorder she hid for years.

‘I Felt Like The Least Pretty Member’
According to the BlackDoctor.com website, Salt did an interview decades after Salt-N-Pepa’s success, confessing this: “I felt like the least pretty one. Dee Dee was called the beautiful one, Pepa the super sexy one. What am I?”
To Deal With Her Problem She Stumbled Across A Bigger One…

With Success, Her Self Esteem Further Plummeted
Instead of Salt’s self-esteem actually flying through the roof, with each new platinum hit record, her’s worked in reverse…dropping to levels even she never saw coming.
She Decided To Do The Unthinkable…

It All Happened So Spontaneously
During a restaurant outing with a friend, Salt ate a plethora of food, felt guilty about overeating, but then had a dangerous idea to go into the bathroom and make herself throw it all up.

This Led To A Heartbreaking Downfall…And False Gratification…

She Had Three Concerns That Further Heightened Her Problem 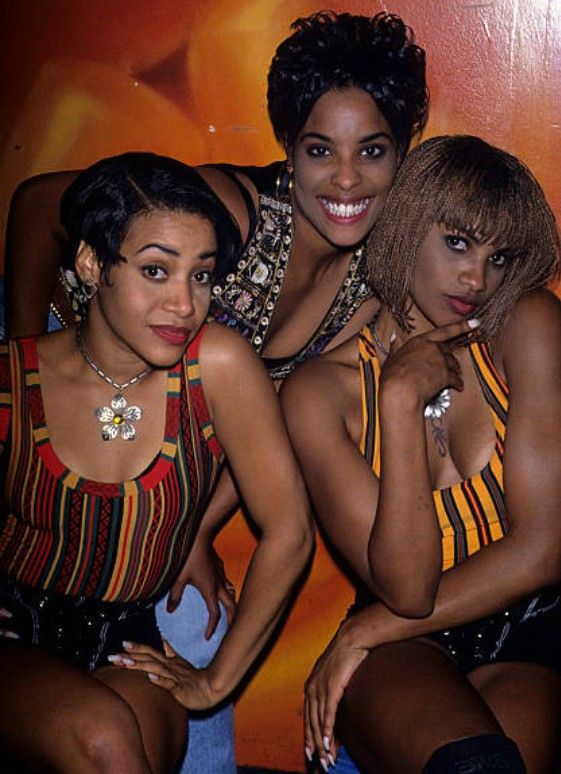 She reportedly had three main goals, according To BlackDoctor: ‘keep the eating disorder hidden, win a Grammy Award and weigh only 115 lbs.’ She successfully attained all of those…

Her Disorder Was Off The Chain & Only Getting Worse
Salt: “It was at its worst when I was alone. My mind would go to, ‘What can I eat that is sinful?’” She admitted eating “outrageous portions” of unhealthy foods like, pizza and chocolate cake, then inducting vomiting to eliminate the guilt.

But What Did Her Group Members Think About This?

Salt became a pro’ at hiding the binge-n-vomit behaviors from her group members and everyone else because (1) she was not deathly thin and (2) she developed a system of how to hide what she was doing. Therefore her group members thought nothing, because they did not know.
But The Her Husband Stepped In And Everything Changed…

She Confessed To Husband

After years of binging and purging, Salt finally confessed to her now husband/music producer, Gavin Wray (pictured), what she was doing behind his back.
He Immediately Took Action Next…

A Loving Hubby & Therapy…That Didn’t Last
Gavin convinced Salt to go to therapy for her eating disorder, but after just one session, she shut that plan all the way down and decided to heal herself.

How Salt Ultimately Healed Herself From Bulimia
Gavin Wray said of Salt, “she told me she wanted to deal with it on her own, and she did.” How so? “I got on my knees and cried out, ‘God, I just want to be healed,. … I just want to be whole,” admitted Salt. She also started attending church regularly.
She Still Has Her Struggles Though…

There Were Brief Relapses, But…
Even though her bulimia is under control, Cheryl “Salt” James admits: “For me, the bulimia was about stuffing my emotions. So I stopped suppressing my feelings.” However, “I don’t want to give the illusion that one day God came down and I was healed. It is a process, and something you have to stay on top of.” She relapsed at times, but “I don’t have the fear that it will come back.”