Do you remember Geoffrey Holder? Although most remember the Trinidadian actor for his role in Boomerang and Annie there’s so much more about him that many probably never knew. The highly talented actor was also a choreographer, dancer, painter and singer, as well as a Tony Award–winning stage director and costume designer.

Needless to say, the brotha had an amazing career with much to show for his talents. However, most don’t know that his life-long legacy also led to a theatrical ending like NO OTHER! What his son revealed after his death proves Geoffrey really was the epitome of theatrics, in a good way.

THE WAY HE PASSED AWAY WAS LIKE SOMETHING YOU’D SEE IN A MOVIE, SEE WHAT HIS SON REVEALED…
Geoffrey Holder passed away on October 5, 2014 from pneumonia, at 84 years young. According to NPR.org, Geoffrey’s son, Leo (pictured above), wrote a beautiful story about his father’s touching final moments, recounting everything down to his final breath. Leo revealed his father died doing something he absolutely loved: choreographing. They knew October 5th would be his last day, so after Geoffrey’s wife of 59 years, Carmen, gave an emotional goodbye to him, she exited the room overwhelmed, and allowed their son to usher his Pops into his transitioning process. Geoffrey had already planned to ‘dance his way’ into death: 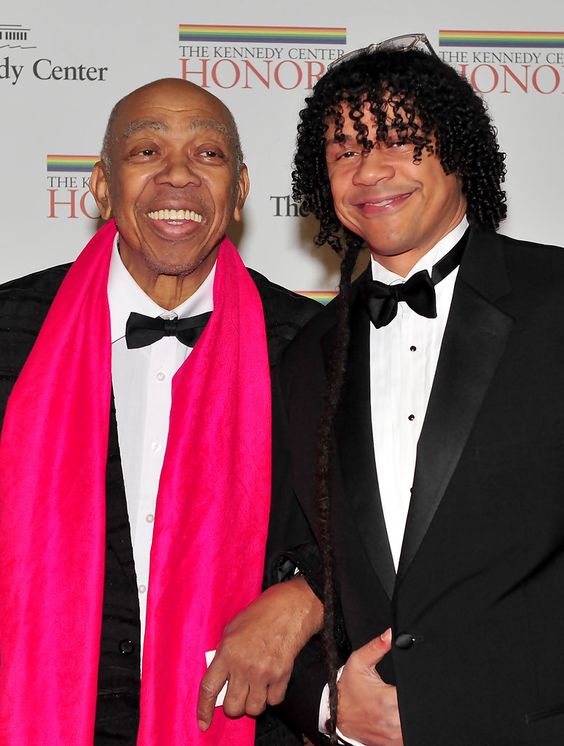 Leo Holder: “‘You good?’ Nod & faint smile. ‘You ready?’ He is. I have asked the doctors to not start the morphine drip right away, because I want him to have his solo on his own time. Knowing him, he might stop breathing right after his finale. For dramatic effect. He’s still Geoffrey Holder. They remove the tube that has imprisoned him for the past nine days and robbed this great communicator of the ability to speak. I remove the mittens that prevent his hands from moving freely.”

“I start the music, take his hands and start leading him, swaying them back and forth. And he lets go of me. He’s gonna wing it as he was prone to do when he was younger. Breathing on his own for the last time, Geoffrey Holder, eyes closed, performs his last solo…From his deathbed. The arms take flight, his beautiful hands articulate through the air, with grace. I whisper “shoulders” and they go into an undulating shimmy, rolling like waves…he stretches out his right arm to deliver his trademark finger gesture, which once meant “you can’t afford this.” […] His musical timing still impeccable […]. Come the finale, he doesn’t lift himself off the bed as he planned; instead, one last gentle rock of the torso, crosses his arms and turns his head to the side in a pose worthy of Pavlova. All with a faint, gentile smile The orchestra finishes when he does. I lose it.”

BUT WHAT HAPPENED NEXT WAS EVEN MORE INCREDIBLE. THAT WAS NOT THE END FOR GEOFFREY HOLDER… 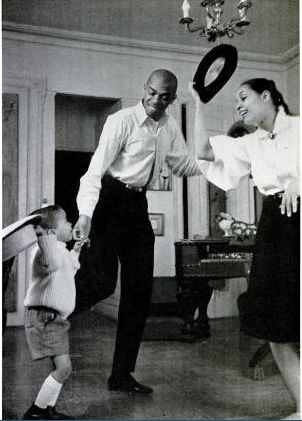 “You’re not gonna believe this. He’s got a morphine drip, going on over half an hour, an oxygen mask on, his eyes closed, AND HE’S CHOREOGRAPHING!”Leo wrote. “I ask the doctor if this is normal. As she begins to explain to me about the process, his closed eyes burst open, focused straight on us like lasers, and he roars with all his might: “SHUT UUUUUUUUUUUUUP!!! YOU’RE BREAKING MY CONCENTRATION!!!!!!!”

Leo went on to detail the remarkable final moments of his father’s life:

“We freeze with our mouths open. He stares us down. Long and hard. Then he closes his eyes again, “Arms, two, three … Turn, two, three … Swing, two, three … Down, two, three … ” Leo explained. “He continued counting ’til it faded out, leaving only the sound of faint breathing, slowing down to his very last breath at 9:25 p.m.”

Many of Geoffrey Holder’s friends and family had already visited him in the days prior, to say their goodbyes. Geoffrey was in great spirits the hold time and told his son that he was “not afraid.” There couldn’t have been a more perfect way for Geoffrey to make his grand exit after a remarkable job done here on earth. Rest well Geoffrey.