The things we learn when we do a lil’ diggin.’ Ralph Tresvant secretly ended up singing some of the lead parts “Every Little Step” because Bobby Brown was allegedly just a little too out of it at the time, says ex-manager.

When we found out what Bobby’s former manager, Marty Machat, revealed about this, we were pretty impressed that they managed to keep this secret on the low for decades.

Ralph and Bobby were such good friends, that according to Marty -who was there to witness this first hand- Ralph ended up finishing one of Bobby’s biggest hits off his 7-million-selling Don’t Be Cruel album. “Every Little Step” released in 1988 and Bobby could have been outed by Ralph long ago, but Ralph proved that loyalty to his “brother” was most important. Here’s how Ralph ended up secretly singing on “Every Little Step,” according to what Bobby’s ex-manager, Marty Marchat, revealed in an interview with Dazed Digital: 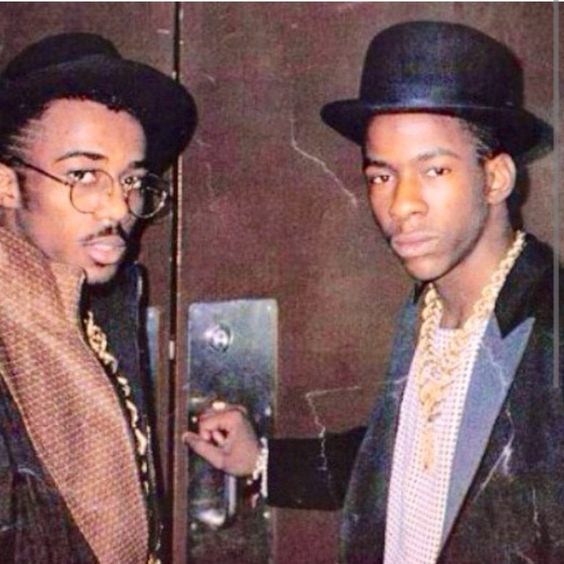 Marty Marchat: “The beginning and last tracks of the album I did with MCA A&R Louis Silas so the album would be filled with numbers. The song ‘Don’t Be Cruel’ is on there three times! Silas begged Babyface and L.A Reid to produce it – Bobby did not show up at the studio. He only came by sometimes to try to sing. And that was an endless wait. Drugs were part of the make-up of this album. Bobby was missing from the studio when we were scheduled to finish ‘Every Little Step’. He was on a drug run and New Edition’s Ralph Tresvant was waiting for him. Babyface and L.A were about to leave, so Ralph filled in. ‘Every Little Step’ has two singers. Bobby and Ralph. Go back and listen to the lead vocals. Then listen to Ralph.” -via Dazed Digital

That’s crazy, right? One thing is for sure: Ralph obviously was a true friend. Loyalty is everything in any relationship, so hats off to Ralph for being a good representation of that. Bobby is a great entertainer, so I’m glad he’s now past his wild days and has simmered down a bit, because he’ll probably be the first to admit that he was living life at 200 miles per hour back in the day.

Below, is the video of “Every Little Step,” just in case you want to listen closely and try to find the parts with Ralph’s voice. We listened to it over and over and couldn’t decipher Bobby’s part from Ralph’s, but that’s probably because of the light vocoder effect that appears to be on their vocals, which helps to match tone and pitch of singers’ voices. Check it out…

Bobby’s “Don’t Be Cruel” album topped the Billboard pop chart for six weeks and had R&B on FIRE! With hits like“My Prerogative,” “Roni,” “Rock Wit’cha,” and “Every Little Step,” it also gave a lot of folks good material to perform at talent shows across America…remember those days?
By the way, we thought we’d add this hilarious VIDEO rendition of “Every Little Step” by MIKE TYSON, WAYNE BRADY and your man, BOBBY B. Some of you have probably seen it, but if you want to laugh again, check it out…