Fans Believe Travis Barker Moved To Calabasas For Kim Kardashian — Not Kourtney, Like He Claimed On Reality Show

Fans of “The Kardashians” think they’ve caught Travis Barker telling a white lie after analyzing a recent episode of the Hulu series. In a clip documenting the aftermath of the Blink-182 drummer proposing to Kourtney Kardashian, her mom Kris said Travis revealed he moved to Calabasas to be closer to Kourtney before they ever dated.

“Do you want to know the real reason why he moved to Calabasas?” Kris asked Kourtney. He said, ‘Because I knew she lived in Calabasas, and I knew she was the love of my life, and I didn’t even know her like that, but I just knew if I couldn’t date her or be with her because she was with someone else that at least I could live by her.’”

It will sound like a sweet, romantic gesture if you don’t let the fact that Travis revealed his instant attraction to Kourtney’s sister Kim Kardashian in his 2015 memoir permeate your mind. He revealed that the pair even went on “innocent” dates, with Kim bringing Travis to family functions. 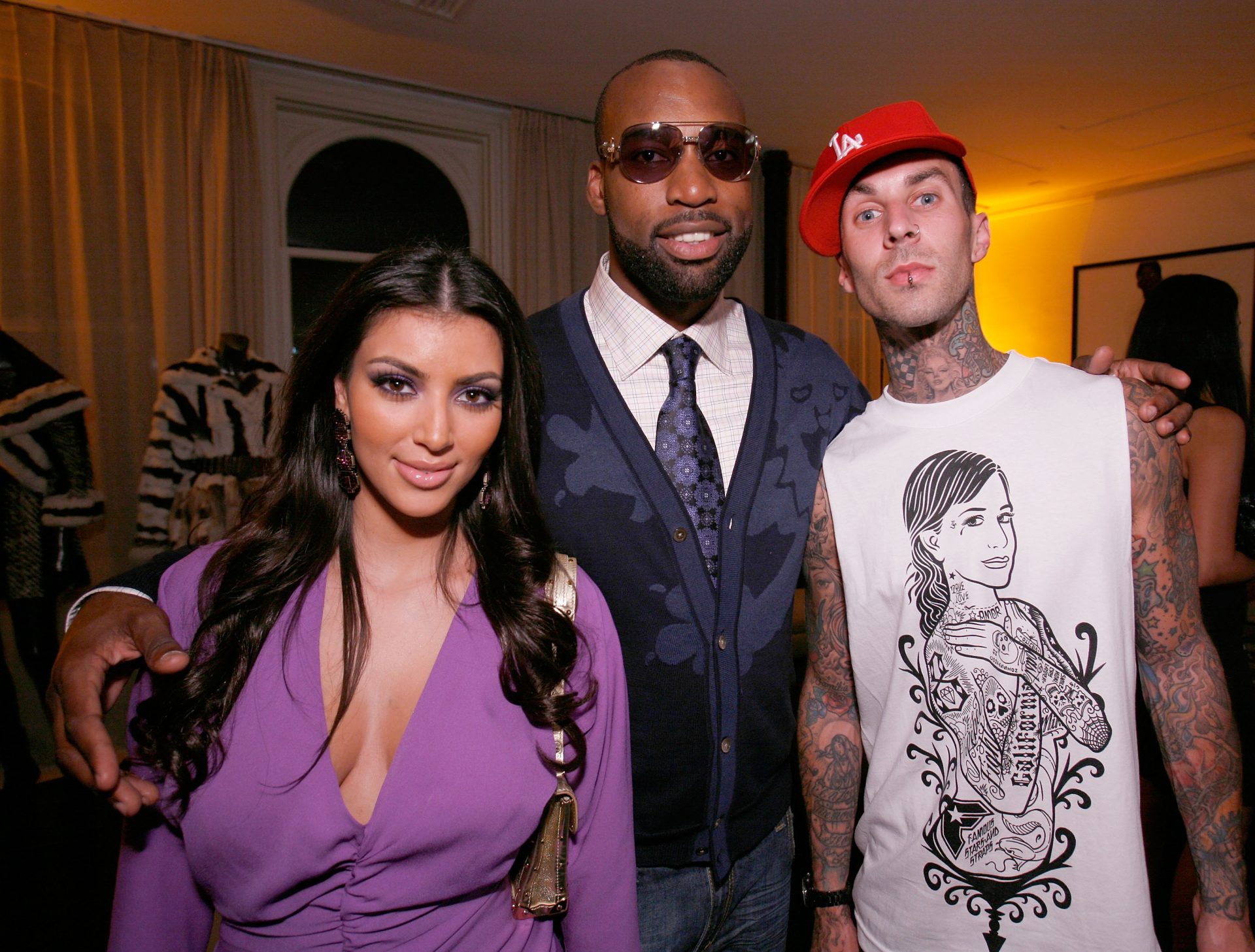 Kourtney’s Husband Called Her Sister “F*cking Hot” In His Memoir
Travis Barker instantly fell for Kim’s beauty. In his 2015 autobiography, “Can I Say: Living Large, Cheating Death, and Drums, Drums, Drums,” Travis recalled checking Kim out while dating Paris Hilton. In 2006 he went to Amsterdam with Paris Hilton and Kim, her closet organizer at the time.

“We all got high as a kite at a coffee shop. Then we rode over to the Absinthe Bar and the red-light district.

I was having a blast and was happy to let the world know it. I kept on secretly checking out Kim, telling Lil Chris, ‘I don’t care if she’s the closet girl, she’s f*cking hot.’”

Travis also recalled giving Kim advice about her willingness to do a reality tv show since he had previously done one with his ex, Shana Moakler.

“She wanted to do a reality show because she thought her family was interesting, and obviously she was right. I respected her hustle. She was meeting with Ryan Seacrest, and she wanted to know what doing a show was like. ‘It’s hectic,’ I told her, ‘You have no privacy. It’s not just you and your family in the house. It’s really personal, and it can be really f*cked up.’”

Travis first moved to Calabasas in 2007, after his split from his ex-wife, Shanna Moakler. He purchased a second house in the area in 2017. In a 2015 interview with Us Weekly, he shared his decade-long desire for Kim with reporters:

“How could you not stare at Kim? I enjoyed hanging out with Paris, but I love curvy girls. Kim was eye candy. I was in no way disrespectful to Paris, but I couldn’t keep my eyes off Kim.”

Kim Kardashian Hung With Travis Barker A Lot
Kim and Travis keep in touch often after initially hanging out in Amsterdam in 2006. In 2008, she also modeled in a campaign for his clothing line called Famous.

In recent news however, Travis officially tied the knot with Kourtney Kardashian — but does his history with Kim mean their love isn’t genuine. Only they he will know!

Roomies, do you agree with fan theories that Travis Barker moved to Calabasas to be near Kim before marrying her sister?