Jaleel White Blasted ‘80s Actor, Stoney Jackson, For Doing Him Dirty When He Was ‘Urkel’

We all remember when actor, Jaleel White, was dominating our TV screens in the 90’s. His suspenders rockin’ character, “Steve Urkel,” had a style all his own as he chased after his neighbor, “Laura Winslow” nonstop. “Urkel” cracked us up back in the day, but there was one time when Jaleel took his encounter with actor, Stoney Jackson, as no laughing matter.

If you’re from the Old School, then you probably also remember Stoney. He was one of the main dancers in Michael Jackson’s “Beat It” video. He then went on to star in the series, “White Shadow,” and in the sitcom, “227.” In addition to doing his thing in acting, he was featured in damn near every Black magazine throughout the 80’s and 90’s- “Right On,” “Tiger Beat,” “Team Beat,” you name it. Stoney’s signature jheri curl was damn near just about as famous as he is. That’s what Jaleel White also referenced when he threw shade at him online, while recalling an incident where Stoney played him. Basically, Jaleel is still salty from Stoney rough handling him as a kid. Check out what he said below. 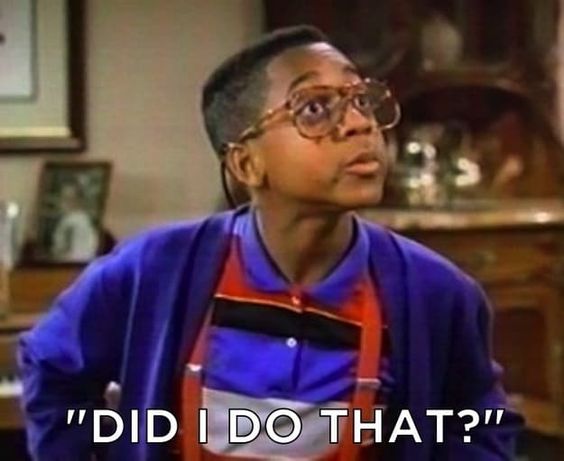 @jaleelwhite: #BehindTheSitcom & in the spirit of #charliemurphy I will share a story with you. The gentleman actor with the curl & red shirt once did a guest appearance on Family Matters. I was age 14 at the time, maybe. In passing, he noticed me shooting baskets on a portable basketball hoop provided to me by production. Just outside our stage. He approached me casually and politely challenged me to a game of one-on-one while waiting to be called back onto stage for rehearsal. Of course I said yes and could not have been more eager. The game began ferociously, I will never forget. He blocked the shit out of my first shot attempt and wagged his head to serve notice, this would not be some casual co-workers affair. The next 11 points would mark my physical introduction to grown man strength, gratuitous N-words, elbows thrown unnecessarily and an eventual loss for me 😭 At 110 lbs, maybe, I never stood a chance. He snarled at me before returning to stage as if to say, “Little Niglet, you ain’t 💩.” Needless to say my hoop game improved with age and weight; I’d always hoped I would avenge this merciless encounter but our paths never crossed again. The moral of this story is- most performers are slightly touched individuals or batsh*t crazy. Never let a curl fool you. Proceed with caution. And even when you think, “Hey, it’s just a game,” there’s always someone out there with a #mambamentality looking to prove something at ur psychological expense #staywoke 😂 #talesfrommychildhood 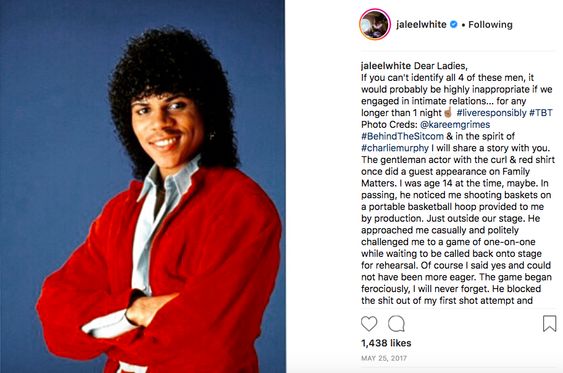 Maybe now that this is public, Stoney Jackson might read this and ultimately give Jaleel White one shot to try to redeem himself.