Demond Wilson and Redd Foxx played junk men on “Sanford and Son,” but geesh…their network didn’t have to treat them like one! Well, at least that’s what happened according to Demond Wilson a.k.a. “Lamont.” Demond revealed some shocking information about how NBC treated two of their top ranking stars back in the day and how he and Redd Foxx were NOT trying to hear that. He detailed it all in a prior interview with “On Your Mental Health.”

“Prior to Redd and I, there was only one [black show on television] there was Amos and Andy. [Other shows at the time] were not Black shows, there were Blacks IN shows. There hasn’t been an all Black sitcom in…years. They stick all of Black sitcoms today on Cable. [Redd and I] we were breaking ground, we were making history. There was no play book that they could govern Redd and I…because there hadn’t been anybody like us before.”

“We were dressing in the men’s room. When our first show aired…[the ratings] went through the ceiling and then Redd and I started dealing with them like men. Redd and I were making history and they tried to deal with us like we were third-class field hands and we said ‘NO that’s not happening!’ I was recently back from Vietnam and Redd grew up in the streets, and so I’m from Harlem, Redd is from St. Louis…[but] he spent a lot of time in Harlem. I have been silent for over 30 years. I have not spoken out against the atrocities that were perpetrated against us.”

After Redd Foxx became completely fed up with the treatment they were enduring he left the show:

“Contrary to popular belief, Sanford and Son was never canceled; you don’t cancel a show in the top 10—Redd decided to leave.”

Demond became an ordained minister in 1984 and here is his take on the state of today’s reality entertainment and the current music industry:

“I believe that we’re living in the last days. The world to day is drunk off of the wine of inequity and I listen to some of these misogynistic rappers that make statements like we want to have the money the power and then we’ll get the respect…and there’s only power perceived, there’s no real power. If you have money you don’t have any power to do anything other than buy things. You don’t have the power to save your own souls and it’s sad. It seems as though with all of these reality shows, a lot of people have sold out and their going for the things of this world and nobody is focused today on anything other than themselves and what they can get for themselves…and even the folks that go to church, most of them are just religious spirit. You know they go in there and listen to these gospel singers who are self-centered and want to have a career and a lot of money and many of them, they’re anointed a lot of them because the anointing comes without reproach, you can be anointed and not be living close to God. And they sing these songs and the people feel good and as soon as they leave church they go right back to their self existence and it’s kind of sad the condition of the world today.” 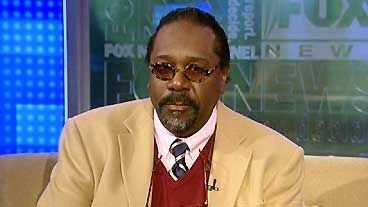 What Demond Wilson thinks about Michael Jackson and folks treating him like a “god” ever since he was a kid:

“I’m looking at the late Michael Jackson who was a little kid from Gary, In…who just sold himself out and allowed the adversaries to transform him into nobody knows what he is and it was very sad. I look at people around the world- they’re lording this kid as though he was a God and that’s idolotry. Anything that you place in your heart…that takes the precedence over your relationship with God is idolatry…it’s an idol. My priorities for the last 25 years have been my personal relationship with God, my family, and my career- in that order and if it’s not in that order, it’s out of order.”

Whew! Demond Wilson doesn’t hold his tongue for nobody and I’m glad that he and Redd Foxx weren’t willing to take less than what they felt they deserved. The inequalities in the entertainment industry are still just as prevalent today, just ask some of today’s top actors like Taraji P. Henson, Monique, and Denzel Washington, whom have all spoken out about the lopsided justices within the entertainment world. They have come a long way, but there is still more work to do and actors like Redd Foxx and Demond Wilson helped to set the tone for that road to equal treatment for African American actors to take place now.

Do you agree with everything Demond said regarding today’s entertainment?