It’s hard to believe it’s already been 13 years since the iconic, Luther Vandross, departed this earth on July 1, 2005, at the young age of 54. Although he’s no longer with us and as we celebrate Luther’s birthday on April 20th, his impact on R&B fans across the world, forever lives on.

Luther was a triple threat- a singer, songwriter and music producer all in one. The timeless hits, like “Here and Now,” “Never Too Much,”and the ones he recreated, like “Superstar,” “Since I Lost My Baby,” “If This World Were Mine” will never grow old. Just like we, Old School music fans, won’t forget the impact he had on this world, Luther’s longtime friend and backup singer, Fonzi Thorton, will forever remember Luther’s impact as well. In fact, the story Fonzi shared about his and Luther’s final studio recording session together, when Luther was very ill, brought tears to his eyes.

Luther’s Friend Burst Into Tears During Their Last Studio Session 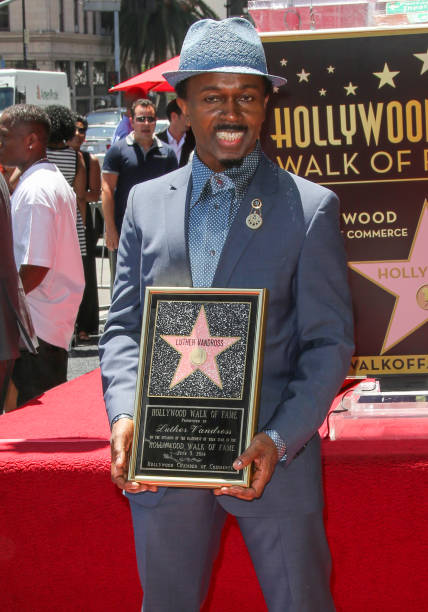 “I looked at him and said, ‘You don’t feel well,’ but he told me he was okay. “Then, on the morning of his stroke, I was on my way to perform on the Letterman show, and his assistant called me. They’d got him to hospital, and he later moved into rehab. He was a very powerful man, and I think it was difficult for him to have people looking after him.”

Luther’s health problems marred the last years of his career, when his weight ballooned, something that saddens Fonzi. “I saw him lose that weight, maybe, 15 times,” he sighs. “He wanted to be slim, he was a fan of designer clothes. But some people just have a propensity to be larger. He tried so hard, but food is not like cigarette smoking, you can’t just give it up. It was a battle for him.”

Toward the end of his life, Vandross was suffering from hypertension and diabetes. He suffered stroke in 2003, which left him in a coma for two months. After recovering from his coma, Vadross had trouble speaking, was wheelchair-bound, and lost a lot of control over the very thing he loved most- his singing abilities. Of course that’s enough to bring any man to his knees, but Luther kept pushing on for two years, until sadly, his body had all that it could take.

As we celebrate what would have been Luther Vandross’ 67th birthday, we wanna take a minute to not just celebrate his music, but also the man behind the music.

It’s no secret he was an impeccable artist, but he had several other parts of his personality the public didn’t know back then. For example, Luther took ZERO mess from no one! To the world, he was a soul singing laid back kinda cat, but in real life, folks behind the scenes knew Luther never bit his tongue, just like he didn’t when he had to reportedly check Aretha Franklin for steppin’ into their studio session acting like a straight up diva.

He Checked Aretha Franklin
In a another studio session with late rockstar, David Bowie (whom Luther used to sing backup for), he checked singer/actress, Bette Midler, for reportedly violating his personal space. And we can’t forget about that time he had beef with En Vogue on tour. There are more celebs Luther Vandross also had to get at throughout the years, but y’all get the point- he DID NOT take any form of disrespect and he didn’t care who he had to put in their places if they tried him, nor how much money and power they had.

“He appeared serious, but it wasn’t arrogant,” he remembers. “He was just confident and clear, and so caring and generous with his friends and their families. He’d be very proud of what they’ve achieved.”