The late, great comedic actress, Shirley Hemphill, may have been tough as nails on TV, but she had the heart of gold in real life. Since her passing in 1999 from kidney failure, we’ve heard stories of how Shirley helped many well known entertainers when they were just struggling comics trying to find success, and she was a big time television superstar/comedian. The most beautiful part of it all is that she did it without needing any fanfare about it, nor wanting anything in return.
That brings us to what Martin Lawrence revealed once, and it may bring a tear to your eye…well, it almost did for Martin as he spoke about it. In an interview with The Washington Post, Martin talked about his days as a young broke comedian/actor.

In 1987, he landed his first acting role ever on What’s Happening Now, alongside Shirley and the rest of the cast. But he was hit with a MAJOR bombshell when soon after his joining of the show, it had gotten canceled. Martin was then depressed about the state of his career, or shall we say, the nonexistence of it at that time…and he was dead broke.

Check out what Martin revealed about Shirley:
Via Washington Post: Lawrence spent a season on [What’s Happening Now], then it was off the air. “I didn’t get any jobs in acting until ‘Do the Right Thing’ came along,” he says. “But that was a little while. So I went, like, broke. 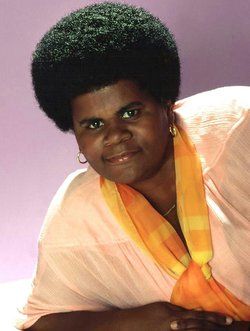 “I remember, I was down to maybe a couple hundred dollars in the bank. And Shirley Hemphill called me and asked me how I was doing.” Hemphill had been a star of “What’s Happening Now!!” “She’s very smart, she invested her money, and Shirley’s just a real good woman,” Lawrence says. “She asked me how was I doing. And I said, ‘Not too good. I didn’t know shows get canceled.’ “

What almost brought Martin to tears:
Via WP: He talked of moving in with someone to cut down on living expenses, but Hemphill tried to talk him out of it. “She was like a big sister: ‘I don’t want you moving in with nobody. You need your privacy.’ And the next day I opened my mailbox and she’d sent me $500.” Lawrence pauses. “Just wanted to cry, man. I never forgot it. Never will. Never will.”

When he asked Hemphill how he could pay her back, “she goes, ‘Look, I just want you to help some other young comic out.’ Richard Pryor helped her out. You know what I’m saying? It’s a chain.”

Years Later Martin Returned The Favor
By the mid-’90s Martin was now a household name with his sitcom – just like Shirley was when she helped him out back in the day. Martin proved that Shirley’s extreme act of kindness and the lesson she taught him did not go unnoticed. He made sure Shirley made a guest appearance on his then highly rated show. She appeared in an hilarious Martin episode, portraying the wife of actor, Hawthorne James’ (“Big Red” from The Five Heartbeats) character.

Martin Lawrence said it best, Shirley Hemphill was just a good woman. May she forever rest in peace after the beautiful job she’s done.