So who knew that Randy Jackson & Michael Jackson had beef that almost got Randy shot?!! Well, according to MJ’s former bodyguards, Bill Whitfield and Javon Beard, things used to sometimes get out of hand at Michael Jackson’s ‘Neverland Ranch’ with “vultures” – as MJ referred to certain folks – as well as with a few of his family members. In particular, Whitfield and Beard told a very detailed story about MJ’s baby brother, Randy, once causing ruckus at MJ’s home. In their book, “Remember the Time: Protecting Michael Jackson in His Final Days,” Whitfield and Beard gave first hand accounts of what it was like spending damn near their every waking hour with their boss, Michael, for the last two and a half years of his life – from Dec. 2006 to his last breathe in June 2009.

Apparently, there was some major drama that went down one day when MJ was home and Randy unexpectedly showed up to Neverland, almost getting sprayed with bullets by Whitfield! See what happened below… 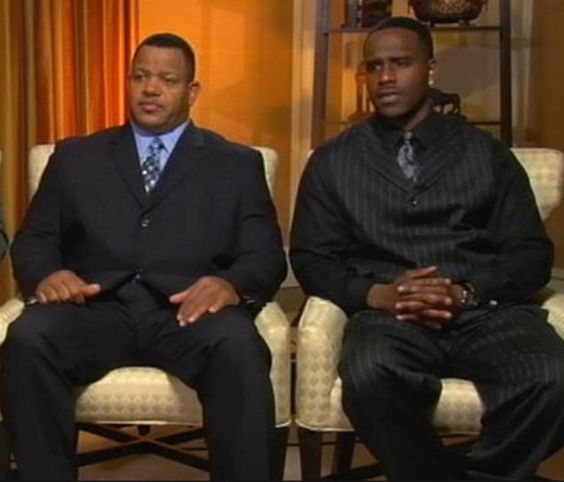 Why MJ’s Bodyguards Almost Shot Randy
According to Whitfield and Beard, MJ had gotten to a point where he grew tired of some family members frustrating him. So he started making everyone, except Mama Katherine, make an appointment to see him…and apparently some of them didn’t appreciate having to do so. Therefore, Randy decided to take his disapproval for MJ’s new visitation rule into his own hands one day and he almost ended up getting shot over it. Check out what Whitfield and Beard explained about that whole incident:

Whitfield: I came between [Randy’s car] and the house, drew my pistol and took aim at the driver. I had the laser sight right on his chest and the only thing running through my mind was, ‘Whoever this is, they’re about to get shot.’ The driver ducked down and out the corner of my eye I saw this woman in the passenger seat. That threw me. I wasn’t expecting to see a woman. Then the driver lifted his head up and I saw who it was and I froze. ‘Holy sh*t, I thought. That’s his brother. That’s Randy Jackson.’ 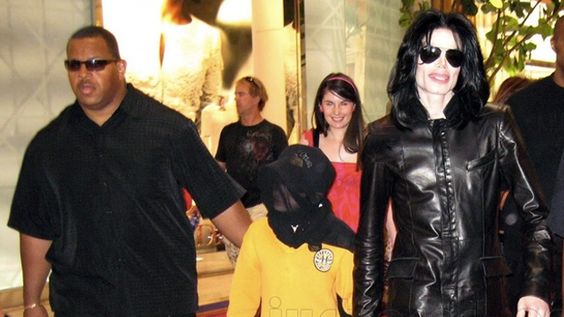 Whitfield: “I didn’t care what he wanted. I just wanted him outside the gate. I put my pistol away, trying to cool things down. I asked him to exit his vehicle so we could talk in a civilized manner. He refused. He just sat there in the car, threatening to call the press if he didn’t get to see his brother. I didn’t want him to call the press, and I couldn’t call the cops because that would just bring the press too. I was stuck. I had this angry little asshole cussing in my face, and I couldn’t do anything about it.”

After The Fiasco, MJ Canceled His Party Plans
Michael was so fed up with Randy’s drama outside his front gate, that he didn’t even attend his good friend, Elizabeth Taylor’s, 75th birthday party later that evening, which he’d been planning for all week. Beard and Whitfield said MJ was really excited about surprising Taylor at her party and that they hadn’t seen MJ that excited in a long time. However, by the time Joe Jackson was able to finally get Randy to leave, Michael was like, ‘forget it,’ and went to sleep instead. 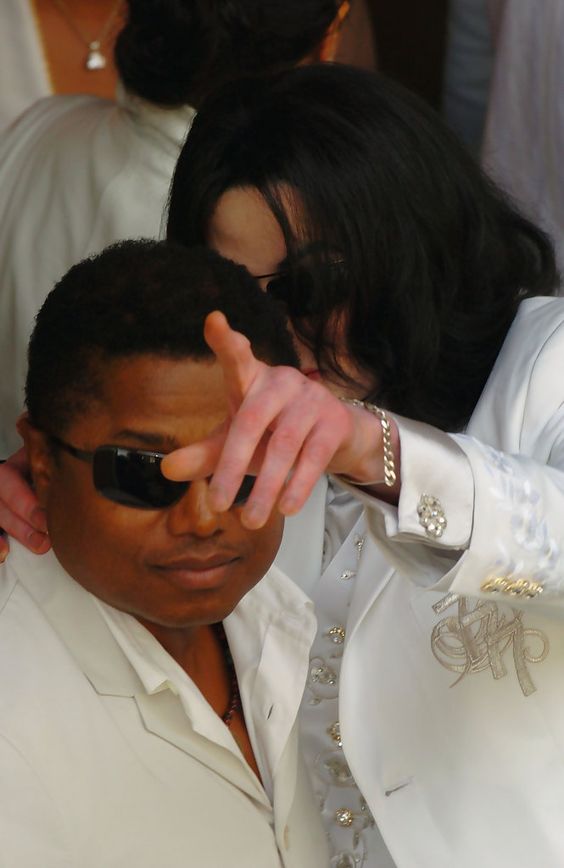 Randy is something else, ain’t he?!! We all know money can make folks do something strange for some change, but what in the world was he thinking crashing into the gate like that? He’s lucky the bodyguards didn’t shoot first and ask questions later.

By the way, this isn’t Randy’s first time showing up unexpected at a celeb’s home, he did it on another occasion and ended up actually getting shot for real!

I’m not sure if Randy and MJ ever made up, or if Randy ever got the money he said MJ owed him, but at the end of it all, they were still blood and although we’ve heard many wild stories about the Jackson fam,’ one thing we have probably all witnessed at some point or another, is that they have always found a way to stick together through thick and thin. Hopefully they reconciled prior to Michael’s 2009 passing.