None of us knew this actress’ name, but anyone who has seen Set It Off remembers her face. Her name is Samantha and she played the role of “Cleo’s” (Queen Latifah) mute girlfriend, “Ursula,” in the ’96 film. All she did was kiss Queen Latifah and never talked. Remember how Queen Latifah had everyone talking when her “Eve” look-alike girlfriend was giving her a sexy lap dance/tease after “Cleo” and her girls robbed the bank? “Cleo” had tricked out her car and bought “Ursula” some new lingerie and after their convincing romance, the questions started circulating about Latifah’s sexuality and the “Ursula” actress’ whereabouts (since no one had pretty much seen her since).

After watching Set It Off again recently for what seems like my 100th time (okay, not really 100 times…but the number’s high up there), we decided to do a lil’ bit of research on Samantha. What we found out was that all these years have gone by and we never knew that this well known actress from the ‘60s, ‘70s and beyond, is her mother. If you’ve watched you’re an avid Good Times or Star Trek fan, you probably remember her mother’s roles well. 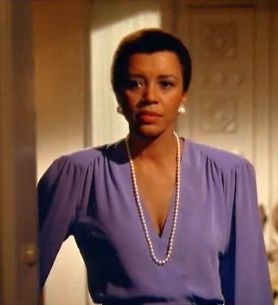 The “Set It Off” mute’s mother is none other than Janet MacLachlan. Remember her? She was the actress who appeared on the “Florida Gets a Job” episode of Good Times when Gary Coleman snatched her wig off of her head and she yelled, “Oh! I’ve never been so embarrassed in my life?!!” That scene was CLASSIC and who would have ever thought that her lil’ girl would end up being “Cleo’s” girlfriend some twenty plus years later?!!

You may also remember Janet from her more popular roles in and episode of Star Trek as “Lt. Charlene Masters,” where she was one of the first African American actresses to appear on that series at that time. She was also one of the first Black actresses to rock an afro on a TV show in the ‘60s.
Janet also starred in several other roles, such as an episode of the series, I Spy, where she appeared alongside Bill Cosby as one of the prettiest double agents we’d ever seen. She was on the Alfred Hitchcock Hour show, Barney Miller, The Six Million Dollar Man, The Monkey’s Paw, The Invaders, The FBI, Ironside, The Mod Squad, The Name of the Game, The Sounder, Murphy’s Law, the Boy Who Could Fly, and several other films and TV shows throughout her 50+ year career.

Samantha MacLachlan is Janet’s only daughter and there was not been any mention of who her father is.

Sadly, Janet passed away at the age of 77 in 2010 from complications due to a cardiovascular disease. She was living in Los Angeles at the time of her death. 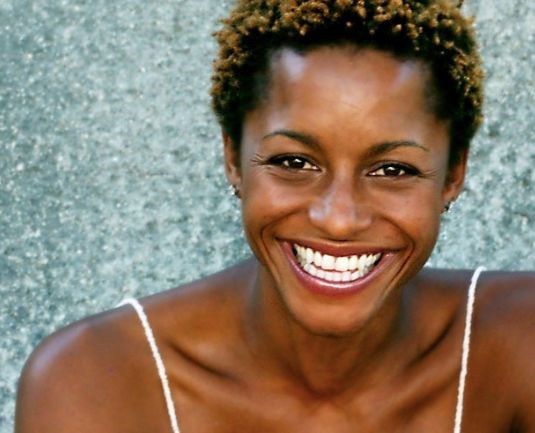 As far as Samantha, she is now 50 years old and we’re not sure what she’s up to nowadays. After starring in a few more projects such as television series Once and Again, NYPD Blue, JAG, the films, Entertaining Angels: The Dorothy Day Story (1996) and Tear It Down (1997) and of course Set It Off, she pretty much retreated from the spotlight and lives a quiet non-celebrity type of life. But she’ll never be able to hide the fact that she was the woman who played the lesbian mute girlfriend of Queen Latifah in Set It Off, nor should she want to – her role added a great dynamic to that ‘90s cult classic. It’s understandable why she was so convincing with her Ursula role now, acting is in her blood and her beloved mother, Janet MacLachlan, did an excellent job passing the torch to her daughter.