Waitress Receives $2,000 Tip But Restaurant Claims They Won’t Process It

Note: we are republishing this story in light of recent reports that suggest more and more people all across the country are experiencing random acts of kindness even amid the challenges of the COVID-19 pandemic.

A Texas waitress was surprised to discover that a patron had left her a $2,000 tip, but her joy quickly turned to disappointment when the restaurant told her that she wouldn’t be getting any of the money.

Emily Bauer had been employed at the Red Hook Seafood and Bar in San Antonio for around two weeks when she was placed on a busy Sunday shift. She stated that she repeatedly apologized to every table for “being slow,” and that one customer expressed that he understood her circumstance.

“He was just like, ‘I understand.’ He also mentioned he owned restaurants. So he knew how hard it was to be a server,” Bauer recalled. 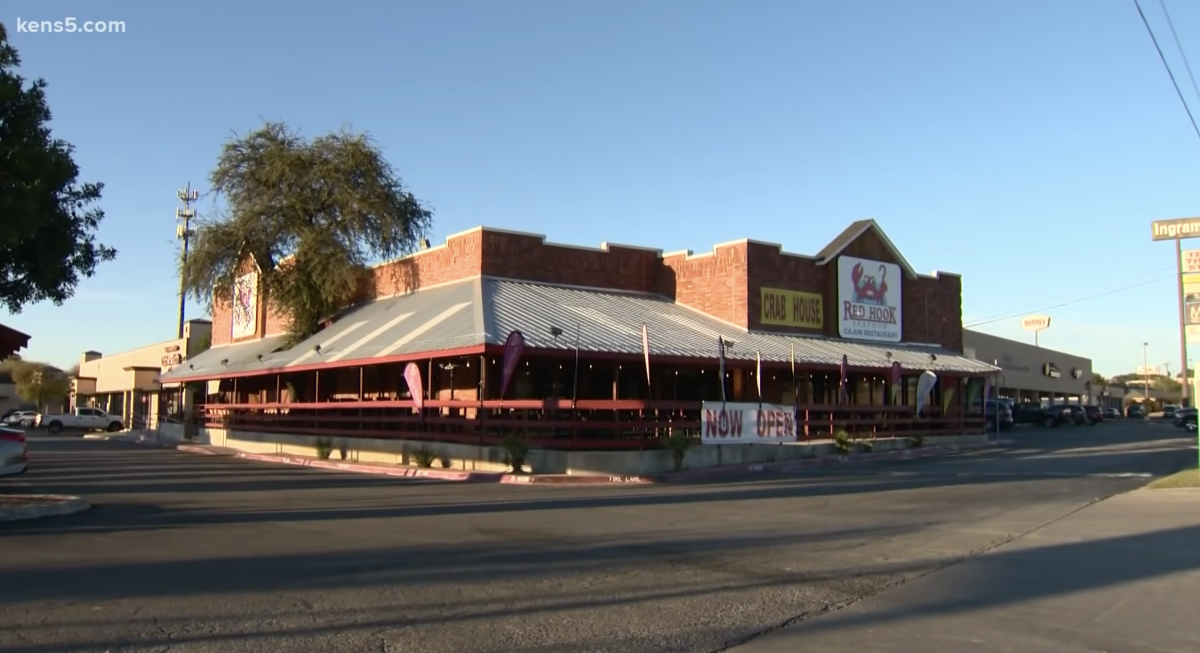 However, he stated that he wanted to leave: “He was like, ‘Just cancel everything. Cancel everything and give me the ticket.’ So, I said okay. I gave him the ticket.” When he left, Bauer noticed that he had left her a $2k tip and a message reading, “Merry Christmas! Keep working hard!”

However, her dream of a Christmas splurge was quickly dashed when she received news that the restaurant’s system couldn’t process the large tip amount. She stated that her manager explained that the limit on a tip was $500. 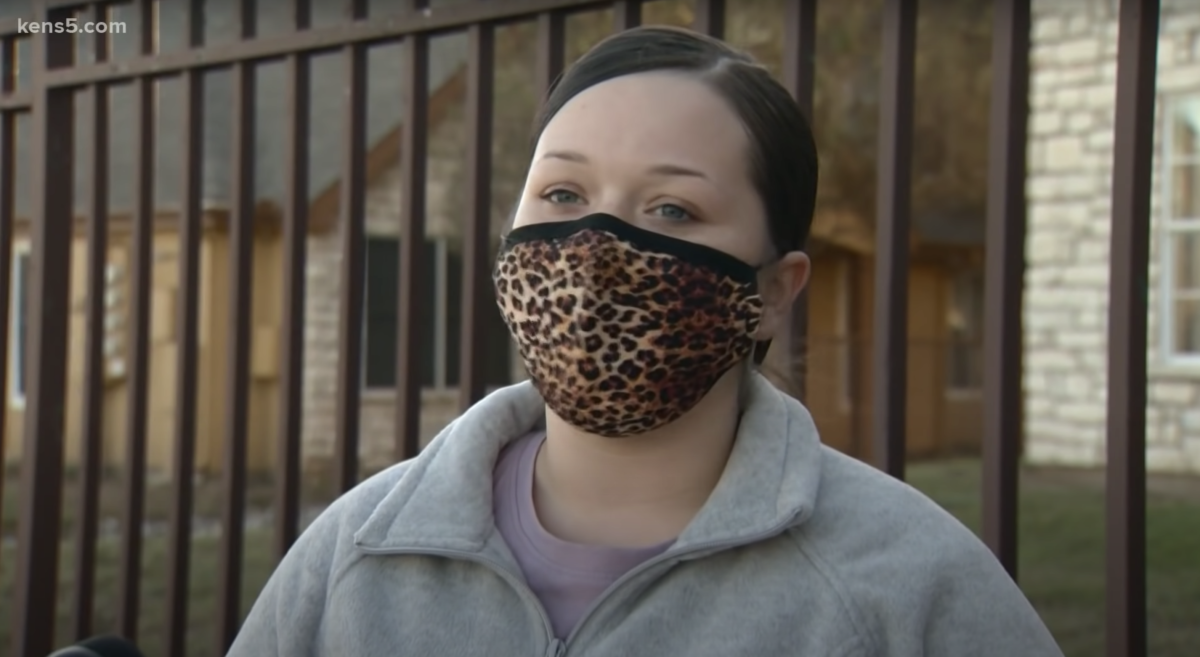 When other servers suggested a workaround, like giving Bauer four payments of $500, the restaurant allegedly refused.

Bauer stated: “I don’t think it’s our responsibility as a server to say, ‘Oh, you can’t tip me that much, I’m sorry. Oh no, there’s a limit, I’m sorry.’ If that’s the case, there should be signs posted on the restaurants or the receipt to say there’s a limit of $500. Everybody I’ve talked to has been like, ‘I’ve never heard of that before.’ If it’s left to you and signed by that person, then you should be able to get it.”

According to Bauer, the manager told her that the customer who had left the tip had called the establishment to express his displeasure that the restaurant was not going to give her the money. Bauer asked to speak to the customer directly, but the manager stated that he had not taken the customer’s contact information. 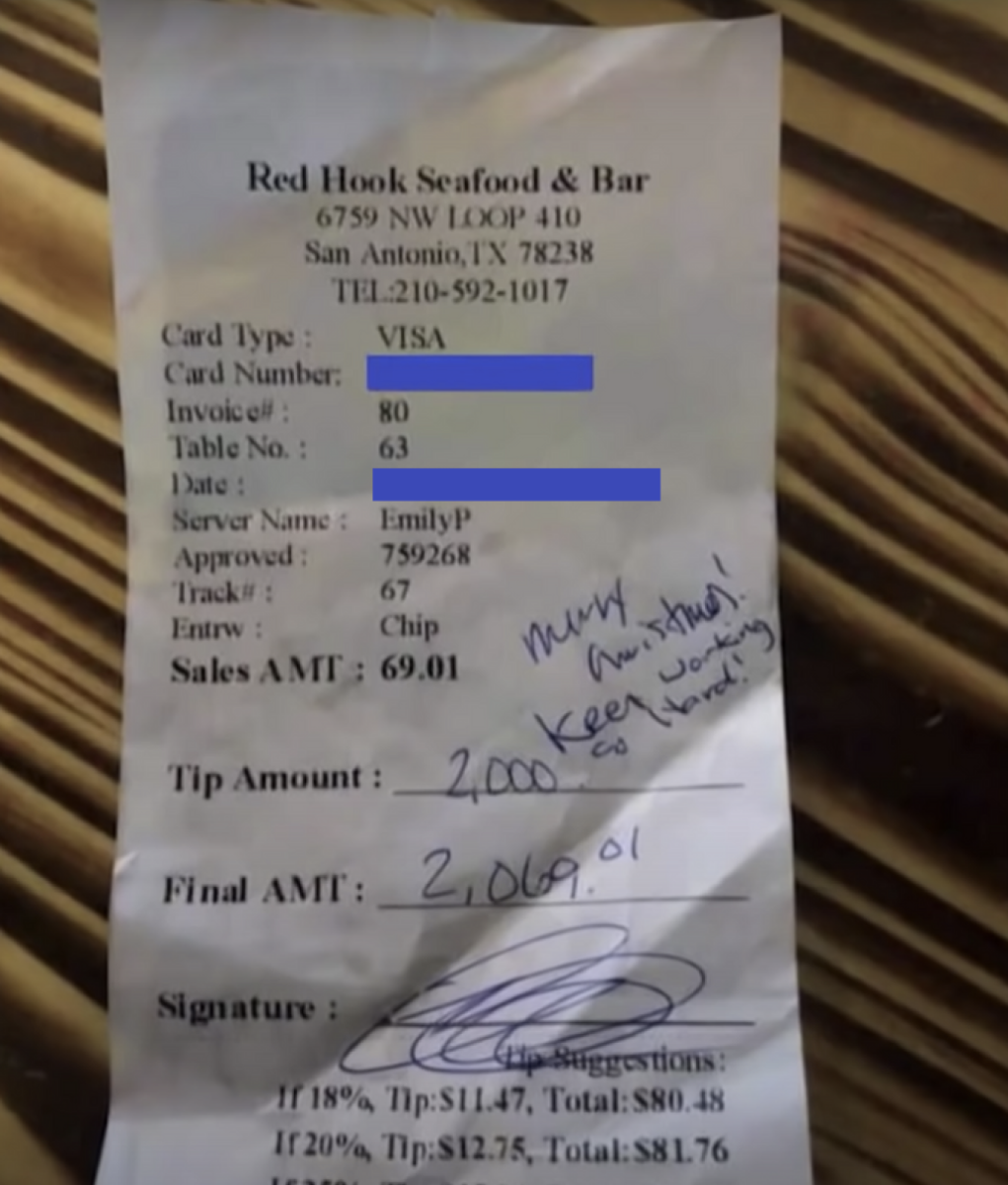 Bauer then posted the ticket on Facebook, hoping that the customer would see it and know that she appreciated the generosity.

“Even though I can’t receive it, thank you. Thank you for having such a big heart. This world is filled with messed up people. It’s like, how did he know I needed that?” she wrote.