While many of us probably assumed that maybe Jermaine Stewart has been living his life doing something else away from the spotlight, it turns out that sadly he passed away years ago. Unfortunately the man who had us jammin’ back in ’87 was dead just twelve years later.

His Unfortunate Controversy
Jermaine’s life was cut short, but in his almost four decades of life, he still was connected to a few rumors that were never proven. At the time of his death, word on the Old School curb was that he was in the process of completing a tell-all book about his life that would have exposed several down-low male entertainers that he’d been romantically involved with. Many of these alleged men were known to be heterosexual men with families, children, and thriving careers…

Cause Of Jermaine Stewart’s Passing
In 1997 by the age of 39 years old, Jermaine had the AIDS virus and he ultimately passed away from AIDS related liver cancer.

What Happened To His Manuscript After His Death
It’s been said that after he passed away in the Chicago suburb of Homewood, Illinois, his manuscript disappeared off of the face of the earth and there were probably several famous men wiping their brows in a sigh of relief…if the rumor is true. 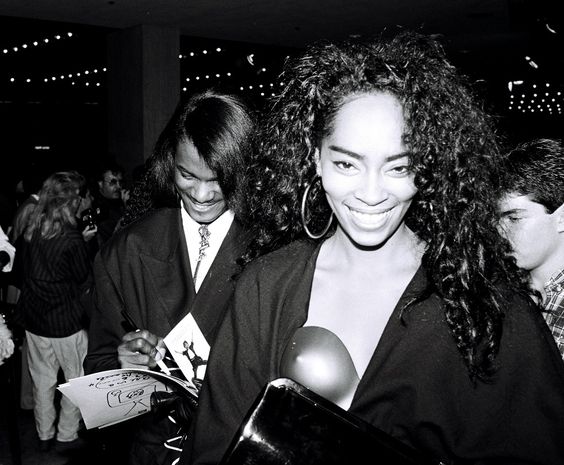 Although many of us R&B fans in the U.S. only know Jermaine for his top ten jam, “We Don’t Have To Take Our Clothes Off,” he had another hit that was inspired by his good friend, Jody Watley, called “Jody,” which reached the top twenty on Billboard. After the hype surrounding his 1986 album, Frantic Romantic, fizzled out, Jermaine continued to have some success in the U.K. Throughout his career, he actually released a total of 4 albums between 1984 to 1989, with a fifth album that was never released in 1992, and two additional albums that were released posthumously.

Old School Fun Facts About Jermaine Stewart
Jermaine was a regular dancer on Soul Train, who was very good friends with Jeffrey Daniel and Jody Watley of Shalamar (Jody and Jeffrey were both Soul Train dancers as well). When Don Cornelius announced he and Dick Griffey were putting together a group, Jermaine auditioned but didn’t make the cut. He instead traveled around the country as one of Shalamar’s backup dancers before being offered the opportunity by Arista Records (after getting discovered by the Culture Club’s Mikey Craig) to release his solo projects.

And there ya’ have it family. A memory about an entertainer who made an impact on R&B music and pop culture of the 80’s, but was somehow overlooked by mainstream media when he sadly passed away. Jermaine Stewart is gone, but definitely not forgotten and his song “We Don’t Have To take Our Clothes Off,” is a message that a many of these youngins today probably need to here. May Jermaine continue to rest peacefully.