Here at I Love Old School Music, we love us some Marla Gibbs. Throughout the 1970s and ’80s, we loved her as “Florence Johnston,” on The Jeffersons and as “Mary Jenkins” on 227. The thing that she just revealed, is that she wasn’t shown as much love as she deserved on neither of those sitcoms back in the day.

In a prior interview with Reel Urban News, the beautiful 90-year-old actress discussed what it was like for her during her days as the lead character on 227. What we didn’t know, is just how much creative influence Gibbs had behind the scenes, which led to the show’s success. According to Gibbs, she pretty much helped to mold the episodes, but was never given official credit for doing so, nor subsequent pay for that particular job title either. Although she deserved to be properly credited/compensated for her creativity, she did however, get a few perks on the job.

“I never received credit as executive producer for ‘227,’ but I got all of the rights, courtesies and privileges which they didn’t think I would use. But I used every one of them. […] “It was very important to me that the show be exactly what I wanted it to be.”

Here’s Why We Have Gibbs To Thank For The Jeffersons 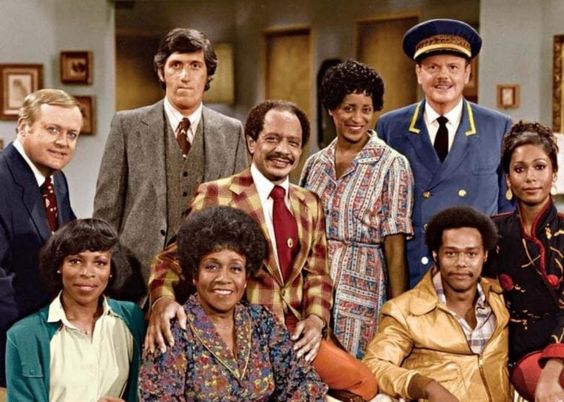 That was NOT Ms. Gibbs first time lending a hand in keeping a sitcom authentic, by chance, she’d done the exact same thing on The Jeffersons. Gibbs was green to the acting world at that time and wasn’t aware that at a table reading, the actors were to read their lines, then get up from the table, while the producers and writers remained to work on the script and such.

Marla Gibbs: “Oh my God! ‘The Jeffersons,’ we did 200 shows. It was great the whole cast was great. It was my first show. I didn’t always understand how things went, but I paid attention to what the writers were doing. The executive producers were Don Nicholl, Michael Ross and Bernie West. Don was from England. I could see he was the head writer, so I would pay attention to what he was doing. He became my ally. It became very fun and gratifying for me working on that show.”

Marla said Sherman Hensley, Isabel Sanford, and the rest of the cast would look at her like she was crazy for remaining at the table after the reading, but then something spectacular happened. Gibbs soon realized that the White writers and producers had zero clue about how African Americans talked. Therefore, she boldly and naively did something actors were not supposed to do – she interrupted their meeting and said, “Excuse me…Black people don’t talk that way…”

Her cast members were stunned, as they looked on silently, from a distance, to see what reaction Gibbs would get. Turns out, the writers quickly realized they needed help being ‘Black’ and decided to then allow all of the Jefferson cast to remain at the table to offer their input from then on. And boom, magic happened!

Marla Gibbs didn’t create 227, nor The Jeffersons. But as y’all can see, if it were not for her bold actions, neither of the shows would have been as authentically relatable as they still are today. Thank you Ms. Gibbs! Watch her full interview below.