Most of us, Old Schoolers, have always heard about the son that singer, Michel’le, had with music mogul, Dr. Dre, back in the day, but few of us have actually seen him. In fact, dude is so mysterious, that the chance of spotting him in the public spotlight with one of his parents, is like trying to spot Stacey Dash at a Black Lives Matter rally- slim to none.
No worries though ILOSM fam,’ we found him. Michel’le’s and Dr. Dre’s son is a product of their years-long relationship, and after watching Michel’le’s biopic – which aired on in 2016 – we all witnessed just how rough their relationship was (allegedly). But they created a son that they couldn’t be more proud of. By the way, he ain’t the cuddly lil’ kid you see in the above photo anymore. Check him out below… 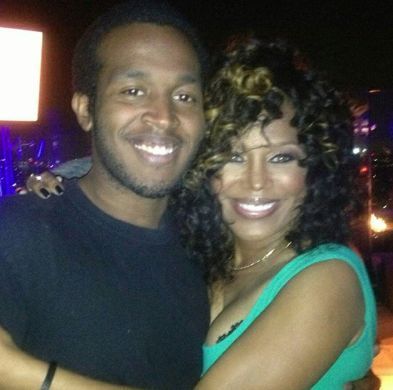 Meet Dr. Dre’s and Michel’le’s 30-year-old son, Marcel Young. He looks like a blend of both of his parents, doesn’t he? Like we said though, Marcel is pretty elusive and doesn’t step into the public’s eye often, so this is a rarity for him.

After watching the “Surviving Compton: Dre, Suge, and Michel’le” biopic on the Lifetime channel, we learned that Marcel’s parents had their fair share of Ike & Tina Turner moments. Not sure how Marcel feels about the movie, but Michel’le revealed a few details about what Marcel’s relationship with his Pops is like nowadays. 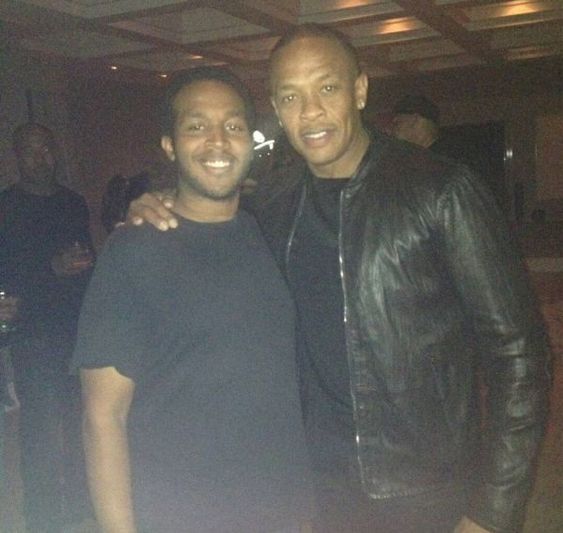 Despite all of the drama between his parents (Dre reportedly threatened to sue Michel’le for making him look like a woman beater in her biopic), Marcel apparently has a good relationship with his dad to this day…just check out on of their more recent photos up top.

What Michel’le Said About Dr. Dre As A Parent
Despite all of the drama between his parents (Dre is threatened to sue Michel’le for making him look like a woman beater in her biopic), Marcel apparently has a good relationship with his dad to this day…just check out the recent photo up top. Although we’ve all heard Michel’le’s claims, that Dre allegedly used her face and ribs like a piñata, but in past interviews, the “Something In My Heart” singer also revealed that Dr. Dre is a very good father to his son:

“I will say that my children’s fathers (I have a …son with Dr. Dre and a 10 year old daughter with Suge Knight) do love and take care of their children. They are great fathers and they are there for them. It’s not always monetary. It’s about being there.” -Michel’le, TV One

By the way, it’s hard to think about Dr. Dre without thinking of the musical magic he’s created throughout the years, dude is a BEAST with his tracks. However, we don’t really know if Marcel has the musical genes of his parents, but as y’all can see, he certainly inherited their physical ones.

Speaking of Marcel’s parents, in recent years, Michel’le has exposed some very troubling info’ regarding her years-long relationship with his billionaire music-mogul pops. In fact, she’s been very candid about everything she’s gone through with BOTH of the famous fathers of her children -Dr. Dre, as well as his former business partner, Suge Knight (owner of Death Row Records). Yep, you just read that right. Check out Michel’le and Suge’s beautiful daughter HERE.

Read on to see what Michel’le revealed to Vlad TV about her and Dre’s relationship, including the time he reportedly almost killed her by gunfire…Laaaawd…

Michel’le On Learning She Was Pregnant With Dr.Dre’s Son 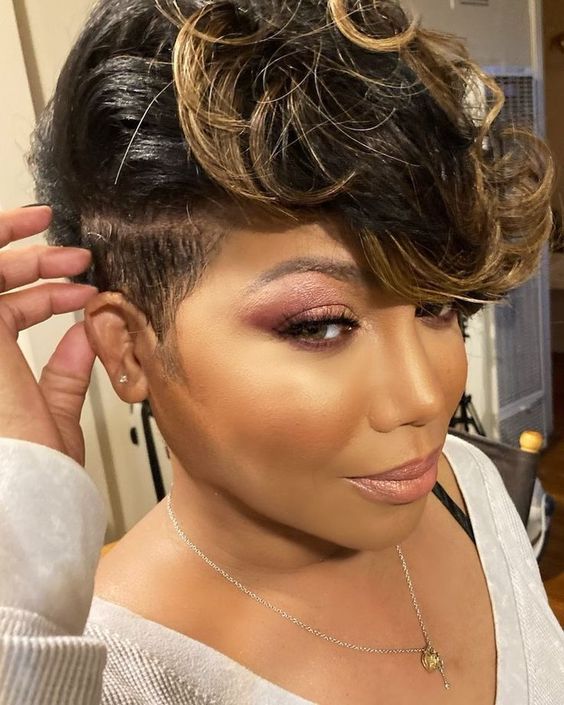 Michel’le: “I went on the Hammer Tour and found out I was 6 weeks pregnant and we had two more months to go. I had to come home and drop that baby and finish out some more shows and then I became a stay-at-home mommy. Which made my career go *makes car screeching noise* I don’t advise it if you want to be in this business. The baby can take a year and a half off. You want to bond with your child.”

Michel’le Says Relationship With Dr. Dre Changed After Their Son Was Born
Michelle: “It became more strained because he was able to get up and just go where I couldn’t do that anymore. I couldn’t follow him anymore. And I think it became more disrespectful because then, if you’re not there, somebody else will be. I don’t want to say he wasn’t ready to have a baby but he had already just had a baby. When I met him he had two women pregnant… When I met him one was in the belly and then one had just dropped. So there were two babies born within a year or so apart. And we had just started dating…So three already, one had just came out and one was in the belly. That was five. Mine made number six. While I was with him he had two more. I know! I know! I don’t know I just guess I cared for him. I know it doesn’t make sense now.”

Vlad: How bad the abuse get?

Michel’le: I had five black eyes. Oh I was getting dragged on the floor, shot at…

Vlad: What led to the shooting?

Michel’le: We partied…and I guess I don’t know what I always did. And I always say it couldn’t have just been me. So one night we was arguing, he went and got the gun and I just made it through the bathroom door and he shot at me and missed me by this (holds up measurement fingers) much. He shot at me. And you know what I did? I left the bullet in the hole. It was in the door and then it went through the side of the wall in the bathroom and I left it there for a while, just so he could see it. But he never tried to shoot me anymore. Thank God. But the beatings were…it was a lot.

Michel’le: You know what my grandmother said, eventually: ‘When a man beats you, he doesn’t like you. He has women issues and it starts probably with their mothers.’ And I said ‘You’re probably right.’

The upsides to this are that both Michel’le and Dr. Dre seemed to have moved on from their years-long tension with each other; and their son is likely livin’ his best life these days.