Arsenio Hall’s Son Is A Grown Man Now, Arsenio Cried About Him In Emotional Interview

Arsenio Hall has been making fans laugh for years. The Cleveland, Ohio native made his first television appearance on Soul Train in 1981 and now he’s a household name. Arsenio left his mark in the acting world when he portrayed Simi in the ever-popular Coming To America. From 1989 to 1994, he also took late night television by storm with The Arsenio Hall Show. But despite the fame and fortune, Arsenio realized he was still missing something. Apparently, the stress of his career left little time for a healthy personal life, so he walked away from it all.
“When you have that feeling of ‘There’s something else for me to do, and this is occupying your life 24/7,’ wrong or right, you need to go,” Hall said. “I would sit eating a piece of pizza with Jay and I could see his hair getting gray while I was chewing! You know? And I realized, that’s NBC, that’s late night. That’s the stress.”

Arsenio On What It’s Like Being A Single Parent To His Son
Although Arsenio is known for his on-screen antics and comedic banter, there’s one role in his life he’s always taken very seriously – fatherhood. During a previous interview with CBS News, Arsenio revealed how fatherhood changed his whole perspective on life. In September 1999, Arsenio Hall, Jr. was born. For those who don’t know, Arsenio was a single parent and actually found solace in fatherhood. The successful comedian revealed he gladly chose “fatherhood over fame” and has absolutely no regrets. Arsenio explained how he felt about switching gears.

“I knew going in that being a single parent would be one of the toughest jobs I’d ever have. I’d been a talk-show host, actor, comic, and on and on, but this gig was going to be my defining moment. So I made a decision to stop working and put my career on hold.”

ARSENIO HALL’S SON IS NOT A KID ANYMORE

As you can see Arsenio Hall Jr. is a grown man now. The little afro sportin,’ chubby-faced kid fans once knew, is now a 21-year-old graduate of Indiana University and just as tall as is Pops!

Even Arsenio can’t believe how fast time has flown by in regards to his son. He shared the following photo of his son jet skiing online, with a caption that read, “#timeflies #blessedbeyondmeasure #sundayfunday … My baby is all grown up!” 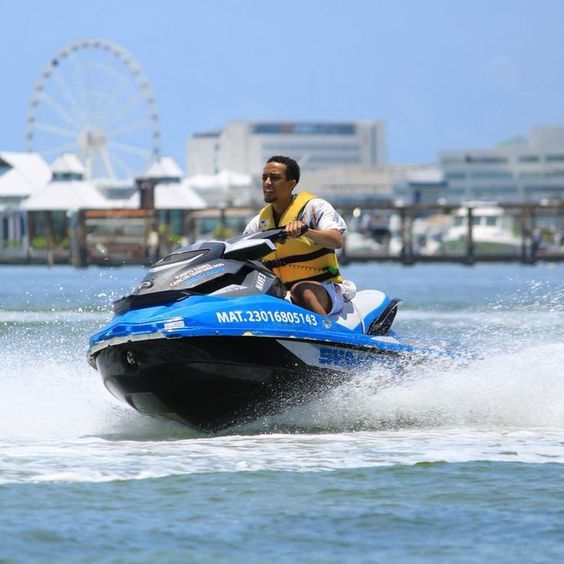 A few years ago, Arsenio explained just how much it warmed his heart to have a son. Although he would have been happy with either, he admitted he was “obsessed with having a son.” The 65-year-old comedian also touched on important aspects of quality time he feels are essential for father and son.

“I would have been overjoyed for either a daughter or a son. Oh, who am I kidding? I was obsessed with having a son. I’ve been a sports fanatic for as long as I can remember, and for years all I’d wanted was for my dad to sit down and watch the games on TV with me, but it never happened,” Arsenio said, according to NewsWeek. 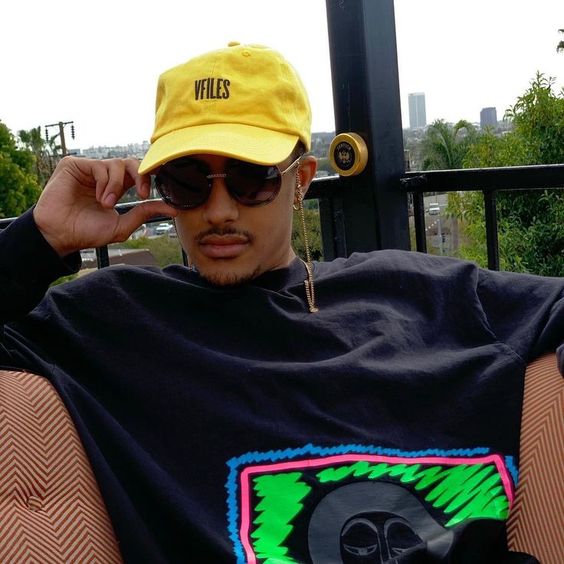 Arsenio also shared details about his relationship with his own father. “My father was a no-nonsense, dedicated, and focused minister, and there was usually a sermon he needed to prepare for or a Scripture he needed to study, and that always came first. As much as I loved my Dad and knew he loved me, I promised myself that if I had a child and if he were a boy, I’d always watch the games with him.”

When Arsenio appeared on Oprah’s Next Chapter, he was moved to tears when he spoke fondly of his only son.