Karma: Michael Bolton Disrespected Isleys, But Ron Tells How They Got Millions From Him As Payback

The Isley Brothers had a legal problem with singer, Michael Bolton, that was strung along for 9 years in the courts. The year they finally received their victory over Bolton, was in 2000, after the Supreme Court said something like ‘Stop it Bolton and pay them what you stole from them.’

It started in 1991, after The Isley Brothers realized that Bolton, his co-writer, and his label, Sony Music, had reportedly done a jack move on their 1968 jam, “Love Is A Wonderful Thing.” Bolton also named his 1991 hit the same name, “Love Is A Wonderful Thing,” and featured it on his album, Time, Love, & Tenderness, ultimately selling 10 million copies. The Isleys initially tried to talk it out with Bolton, but according to Ronald Isley, Bolton decided to get really cocky and disrespect them. That’s when Ronald says he lost all respect for Michael Bolton. 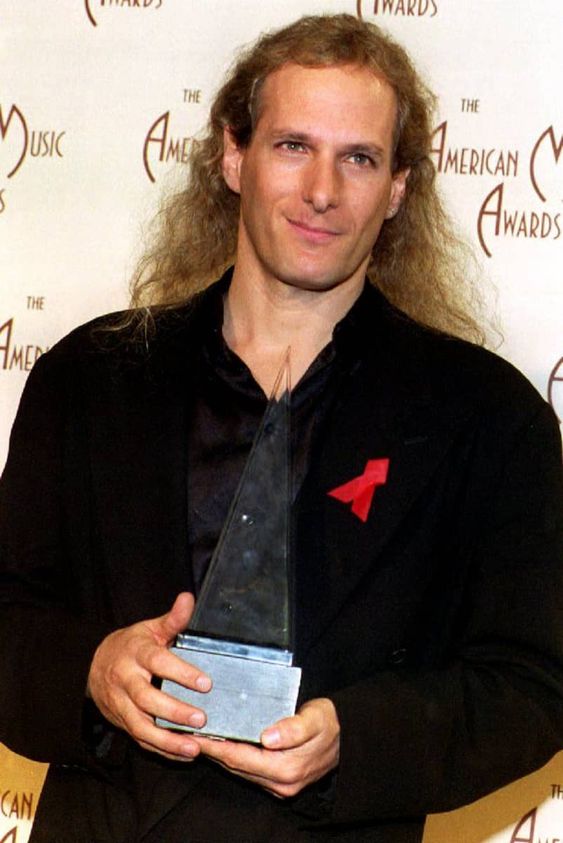 In court, Bolton denied he’d ever heard The Isley’s song, but the jury believed that he was telling a big, fat lie after hearing Bolton’s swiss cheese testimony (his story was had so many holes in it).

How Much The Isley’s Won After Court Hearing
According to Billboard:

‘[The] court ruled that Bolton, co-writer Andrew Goldmark, and Sony Music Publishing had to give the Isley Brothers $5.2 million in profits from the sales of Bolton’s version [of “Love Is A Wonderful Thing]. The battle ended Jan. 22, 2000 when the U.S. Supreme Court refused to hear Bolton’s appeal of the May ruling.

The original trial jury determined there were five instances in which the Bolton/Goldmark song plagiarized the Isleys’ tune…and that the Isleys [were] to be paid $4.2 million from Sony Music, $932,924 from Bolton, $220,785 from Goldmark, and the balance from Bolton and Goldmark’s music publishing company.’

Ron Isley Explains Why He Was Pissed & How Bolton Insulted Them 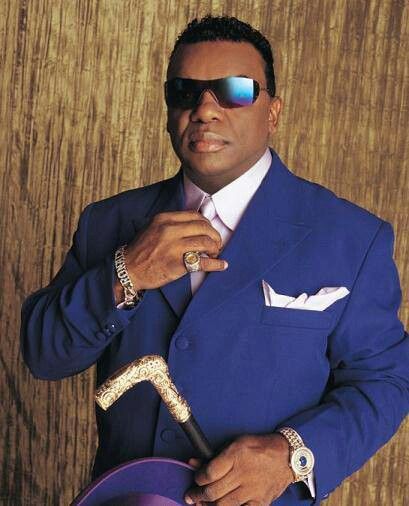 Ronald Isley did an interview with Billboard and explained how badly Bolton tried to play them and insult their intelligence:

Ronald Isley: “When I first heard his [Michael Bolton’s] version of the song on the radio, I was really pleased. Then I went out to pick up the record and looked for my credit. I was upset because the credits weren’t on there. So we got in touch with his people and then he went into the ‘Oh, I didn’t know you all had a song like this.’ That type of thing. But the musicologist and everyone else who got involved after hearing our song said this was the best case out of any case they’d ever had. This is your song, hands down, [they said]. It just bothered me that he [Bolton] wouldn’t go ahead and admit that.”

Isley On Failed Attempt To Reach Agreement With Bolton
Isley: “We tried to reach some sort of agreement. But I said, ‘Man, it doesn’t have to be like this.’ But they didn’t want to reach anything. He had gone to court with someone else and won a similar case with against someone else. So maybe he felt like he knew how to win these kinds of cases. And I think he thought I wouldn’t go through with it.”

Ron Isley & Then Wife Angela Winbush Had Proof Against Bolton? 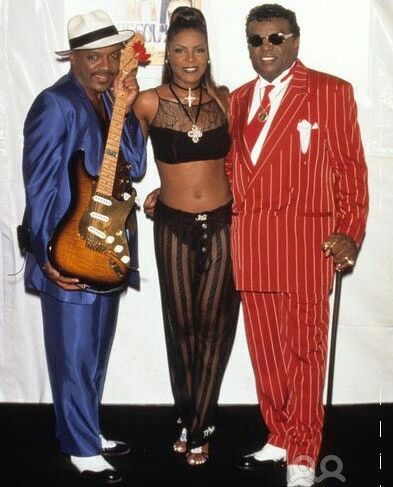 “Angela [singer Angela Winbush, Isley’s then wife] and I were listening to his work tapes. And on the tape, we heard him say, ‘Where did I hear this song before? Is this Marvin Gaye?’ And this is on his work tape. So we subpoenaed those work tapes and they were played in court. We had to turn that part of the tape up to hear his dialog and all of that. But that’s something that slipped by them because I guess they would have hidden that.

“I Lost A Lot Of Respect For Him”
But he could have settled the case for way less money, rightful money, and he didn’t want to do it. And then he got into this kind of contest thing with us: I’m going to show you. And that’s what it turned out to be. I lost a lot of respect that I had for him as an artist. But we just went all the way with it.”

“He [Bolton] Made Himself Look Stupid”
“Angela was performing on the Lou Rawls’ annual UNCF telethon. And so was Bolton. She was going to introduce me to him and he said, ‘Hey, you don’t have to introduce me to him. I know all of his stuff from a kid on up.’ And I didn’t forget that he said that. But in court he forgot Lou Rawls’ name. He forgot the show: ‘Well, I’ve played so many shows.’ Here’s a guy who’s a connoisseur of black music and all of a sudden on the stand he told people he didn’t know who the Isley Brothers were. He was told, well, they’re the same group that sang Twist and Shout. ‘Well, I thought that was the Beatles,’ [he said]. Well, what about For The Love Of You? ‘I thought that was Whitney Houston.’ What about Summer Breeze? ‘I thought that I heard Ernie play on that but I thought it was somebody else.’ It was one lie after another. He made himself look real stupid.” 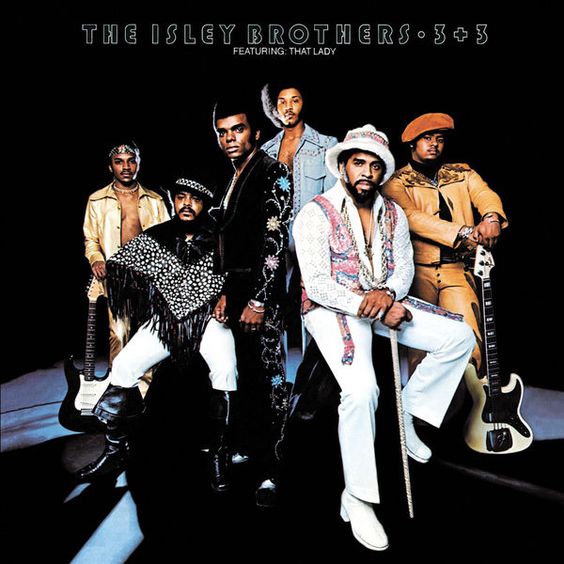 The Isley’s Refused To Quit After 9 Year Legal Battle Against Bolton
Isley: “I knew we were right. I knew he was fighting a battle he could not win. The melody was the same. Everybody said it but him. Everybody knows that ‘Three Blind Mice’ is ‘Three Blind Mice,’ but he wanted to call it something else. After we won the money judgment, they had to put up X amount of dollars and then the interest started ticking. So after winning the judgment, we knew the money was there. … Angela and I were at every hearing.

After Isley’s Won Case, Bolton Still Tried Them…
Even after we won the case for $5 million, Bolton and his attorneys wanted to appeal? You know what they wanted to settle for? $150,000. That’s what his attorneys told him. Like it’s some sort of joke. Then he [Bolton] went from there to sending letters to my brother [Rudolph] who’s in the ministry now, saying, I’ll perform in your church. Can I give you X amount of dollars? And I have the letters if you ever want to see the ridiculous stuff they tried. They went to Washington to lobby with different senators and stuff like that.”

But The Isley’s Were Victorious…Again
Billboard: What was your reaction to the U.S. Supreme Court’s decision refused to hear Bolton’s appeal of the May 2000 court decision?

Isley: “When I heard the verdict, I said, it’s finally over with. Everybody that surrounded us, our team, felt that way. This will be a piece of history and now maybe somebody else won’t have to go through this. We can’t take an R. Kelly song and call it an Isley Brothers song. We can’t take a Holland-Dozier-Holland song and call it an Isley Brothers song. That’s not right. The majority of his [Bolton’s] work has been with Black people’s music, and it’s paid off good for him. But you can’t get to the point where you say, ‘OK, I’m going to start saying, Oh, whose song is that? Marvin Gaye’s? Well, he’s not living so we’ll take that.’ No, it wasn’t Marvin Gaye’s song, it was mine. He picked the wrong person.”

That was foul for Bolton to disrespect The Isley’s they way he did, but in the end, justice prevailed.