A few of us were at the ILOSM office today, having one of our brainstorm idea sessions, and someone randomly blurted out the name Damon Evans a.k.a. “Lionel” #2 from The Jeffersons. Remember him? (FYI: He is not related to Mike Evans, who played the first “Lionel” on the show). Damon let the cat of the bag when he publicly revealed that he hated playing “Lionel” on The Jeffersons and deeply regrets doing the show.

Turns out, he has some very interesting and deep reasons for this. Check out an interview that Damon did with interviewer, Keith Boykin… 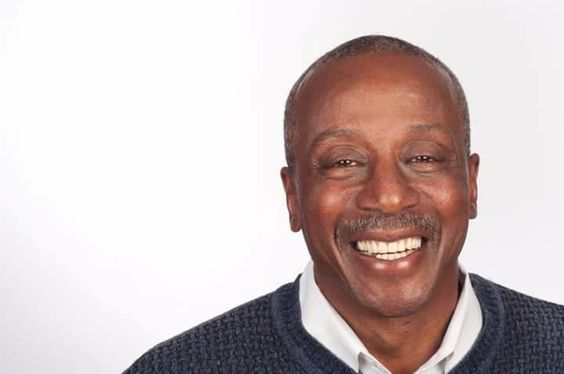 Damon Evans: If I had to make that particular choice over again, that is accepting or not accepting the role of ‘Lionel’ and replacing actor Michael Evans, I definitely would have refused the role.

… The question asked of me will always be “Which ‘Lionel’ are you, the first or the second?” In retrospect, I think it was actually an impossible task to undertake because most people don’t seem to remember that Michael Evans was the first ‘Jefferson’ to appear on All in the Family. Both Weezy and George were cast later. Also, Sherman Hemsley was not the original George Jefferson.

Damon is referring to this fun fact about the show’s beginning cast: From the character’s first appearance on All in the Family, producer, Norman Lear, had pegged Sherman Hemsley to play “George Jefferson.” But when All in the Family became a hit, Hemsley was tied up on Broadway as the co-star of Purlie, and was understandably reluctant to break his contract. Lear improvised and hired Mel Stewart as a sort of “placeholder.” In the sitcom’s storyline, Stewart posed as “George Jefferson” when he joined “George’s” wife, “Louise” (played by Isabel Sanford), for dinner at the ‘Bunker’ home. It was later revealed that he was actually “Henry Jefferson,” “George’s” brother.

Damon revealed that his sexual preference became an issue for him on The Jeffersons as well.

KB: Wow. I’m learning a lot today. It sounds like you didn’t enjoy doing the show. Did you?

Damon Evans: Not really. No! I uprooted myself from a role as a classical music student and was thrust in the public’s eye overnight. Talk about stress and adjustment issues. However, that said, the first year on the show was quite a heady experience. There I was a total unknown one day, and the next appearing on network television in one of the top 10 TV shows on the air. I had not even seen one episode of the show before I took over the part, and the producers discouraged me from ever watching any of the episodes in which Mike had appeared. There was such a marked difference in our interpretations of the role.

Losing my anonymity at such a young age was devastating to me. Besides, I was just becoming aware that I was a gay man and the conflict of the expectations of Hollywood and the role of ‘Lionel’ placed me in enormous emotional, psychological, and spiritual conflict with myself. My family, on the other hand, couldn’t have been happier. There I was ‘Lionel’ which was to them the epitome of what they wanted me to be, but ‘Lionel’ was just a role I played as an actor. To this very day, I don’t think they have a clue as to who I really am, and that’s there loss.

Damon: No, they do know I’m gay but they won’t accept it. 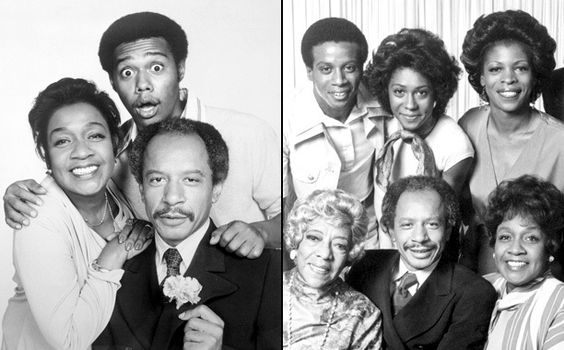 Evans also stated that he never had a chance to meet the first Lionel, played by Mike Evans, who was also the co-creator of the “Good Times” sitcom:

Damon Evans: I was the second ‘Lionel’ and I never met Mike, although I did meet his mother one Sunday in church during the first year I was doing the show. That is the closest I ever got to meeting and/or knowing Mike Evans, his mother. I always tell people that I am the one without the ‘fro and the one who married Jenny on TV. Sometimes, that is still not enough for some people to differentiate us apart.

On what advice he would tell others who want to follow in his footsteps and pursue an acting career.

Damon Evans: Don’t forsake their values to their ultimate goal. Because once you get there you’ll find out that there is no there there. And most of all, you don’t have yourself when you get there. Don’t forsake values. … I heard Gladys Knight say this, that we all get lost in the maze of materialism, but there’s a greater force if you believe in it, that brings us back home. Let’s just say this, I’ve taken detours but I always come back home.

Wow! I guess you can say that we all learn something new everyday, don’t we? Damon sure had all of us fooled. We wish that brotha the best though. Maestro cue the outro music! *Singing* “Well we’re moving on up! To the east si-i-ide!…”