Many of us first became familiar with actor, Charles S. Dutton, through his popular sitcom, “Roc”, in the early ’90s. His character was a family man who worked as a garbage collector and helped his lazy brother out all of the time.

What many didn’t know during that time was that Dutton was actually an actor who went from prison to Yale…literally. Before he started his acting career, our man Dutton had an inmate prison number and an orange jumpsuit. After his release he suited up, put on his game face and made his way to Yale.

Why Dutton Serving Many Years In The Pen’ Back In The Day
Dutton served seven and a half years in prison for manslaughter after having a fight with a man on the street who ultimately died from his injuries. You see, after Dutton dropped out of school in the 7th grade at 12 years old, he became an amateur boxer (his boxing name was “Roc”). He said the dude actually started the altercation, but what the guy probably wasn’t aware of was that Dutton was trained to use his fists as a weapon. One thing lead to another and unfortunately a man lost his life as a result.

While in prison, Dutton received an additional 8 year sentence for fighting a prison guard.

“I got three years for killing a black man and eight for punching a white man,” Dutton once exclaimed.

That wasn’t the end of trouble for Dutton though, also while he was serving his time, he got into a prison fight with another inmate who stabbed Dutton in the neck with an ice pick…OUCH! That had to hurt, but by then Dutton, who had a rep’ for not taking no mess off of anyone, had began to change his outlook on life. He decided not to retaliate to teach the other prisoner a lesson.

How He Turned His Life Around In Prison
The punishment for their fight was to spend 6 days in solitary confinement with just one book. He got lucky by picking a book that was about Black playwrights and after he was able to touch the concrete on the prison cell block again, things really began to shape up for him:

Charles S. Dutton: “The only thing you were allowed to bring with you into the hole was one book. I brought in an anthology of plays that my girlfriend sent me from the outside. I had meant to grab a different book, actually, but took the plays by mistake,” he says. “For the first three days, I couldn’t read it. The hunger hurt too badly. But after that, by the light that shone through the two inches between the door.” 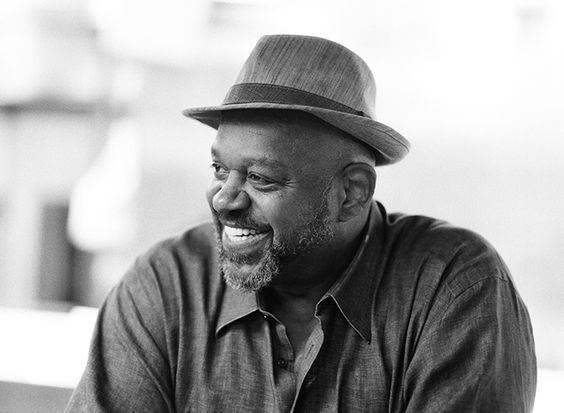 Once out of solitary confinement, Charles convinced the prison warden to allow the inmates to start a drama group for their Christmas talent show and the warden agreed under one condition- that Dutton get his GED while in prison. Dutton agreed and after that he was hooked!

Released, Then Re-Jailed For Different Offense
Charles S. Dutton was eventually released after serving his seven years, only to be thrown back in the pen’ several months later for another three year sentence. He has arrested for possession of a deadly weapon, which as a convicted felon was a no-no. So that threw a monkey wrench in his acting plans but after serving his last three years in the pen,’ he was finally able to pursue his dream. He went on to attend Townsend University in Maryland and then earned his master’s degree from Yale School of Drama.

It’s A New Day
Nowadays, Dutton is still acting and working on several projects for HBO and others, but he spends a lot of time tending to his farm in Maryland. He said that was his childhood dream and he donates most of the produce to homeless shelters and churches.

If Charles S. Dutton hasn’t displayed a life of hard work and dedication, then we don’t know what is! He is what it looks like to never allow your current circumstances to dictate the way the rest of your life will play out. Job well done Mr. Dutton.