When it comes to Phylicia Rashad’s Bill-Cosby-tweet controversy and the rumors that her current position as the dean of Howard University was in jeopardy as a result, we knew it was only a matter of time before the ever-so-outspoken R&B legend, Stephanie Mills, was gonna weigh in. And she went in hard.

RECAP OF WHAT SPARKED MILLS’ AND OTHERS’ SUPPORT OF PHYLICIA RASHAD
In case you haven’t been privy to what went down in these social media streets over the past week, former The Cosby Show star, Rashad, caught the attention of many with her supportive tweet on Bill Cosby’s release from prison. On Wednesday, Phylicia Rashad tweeted, “FINALLY!!!! A terrible wrong is being righted- a miscarriage of justice is corrected!”, along with a photo of Cosby.

Soon after Rashad’s tweet went viral, many supporters stood up for her; while her opposers called for her termination from her newly appointed role as dean of Howard University, where she is an alumni.

Howard University initially released a statement stating, “Survivors of sexual assault will always be our first priority. … While Dean Rashad has acknowledged in her follow-up tweet that victims must be heard and believed, her initial tweet lacked sensitivity towards survivors of sexual assault. .. Personal positions of University leadership do not reflect Howard University’s policies.”

Though Howard seemed to still support Rashad, rumors have since surfaced of her possible termination, yet have not been confirmed by either party. This is where Stephanie Mills enters the convo’…

STEPHANIE MILLS’S CALLS OUT HOWARD UNIVERSITY, STANDS UP FOR RASHAD 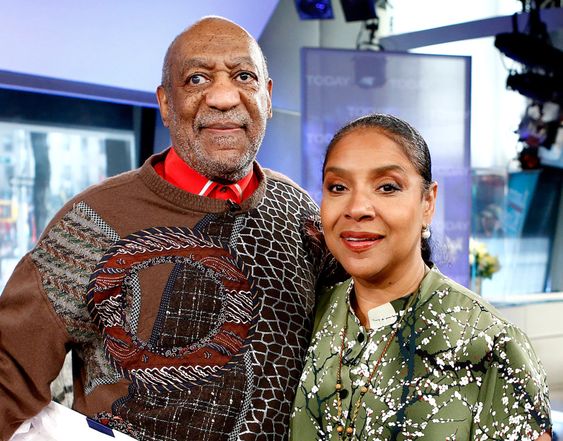 The “Feel Good” songstress didn’t bite her tongue one bit when she addressed Howard University on the ‘termination’ rumors. She did so in a I-wish-they-WOULD-try-Phylicia-Rashad type of way. In her online post, Mills called out Howard U. for accepting thousands of dollars in funding from Bill Cosby throughout the years, basically stating that if they attempt to fire Phylicia over her Cosby tweet, then they should equally ‘attempt’ to give back every dime (as in millions of them) Cosby has ever given to their establishment as well:

iamstephaniemills – I love you @phyliciarashad ❤️❤️❤️. If it’s true that Howard University wants to terminate her Position because they feel her comments about Mr. Cosby were insensitive, then they should give back the millions of dollars that he donated to the university.

Peep what many said in response to Ms. Mills’ statement below.

FANS REACT TO MILLS’S STATEMENT
@dress_dc: Everybody needs a rider like you 👏🏽💪🏽

@brian.r*****: Exactly if they don’t want anything to do with him, make sure you clear yourself of anything ever given to you by him. Free yourself! ❤️❤️❤️

@_sdot******: I bet you they won’t give back all of the money that was donated over the years.

@lady****: Everyone has a right to their own opinion and she said her’s I don’t think they need to take her Position away ❤️

@coach_p*****: I’ve been saying they should have give that man his million dollars back. They took his name off of a college or something in there they had so give him his millions that he donated… PERIOD