Naturally, then, that hurt is amplified when we’re children let down by our parents. Oftentimes we don’t understand the whole picture as kids, and this inevitable sense of confusion only adds to our disappointment.

Moreover, the pain that comes with being let down by a figure who you thought would always be there for you is something that lasts for years. In some cases, it can remain, buried deep down, for the entirety of one’s life.

7-year-old Skylar was desperate for her father to take her to her school’s annual daddy-daughter dance. The year previous, he had failed to show, leaving Skylar upset and unsure as to why she wouldn’t be able to attend when all of her friends were.

Sadly, he pulled the same stunt again this time around, letting his daughter down for an event she was so excited for.

Skylar’s mom, Trelysia Hamerter, told TODAY: “This year she comes to me ahead of time and says, ‘Mommy, I want my dad to come with me to the dance. “I don’t want grandpa. I want my dad. I want everyone to know I have a dad.’”

Knowing how much it meant to her baby girl, Trelysia reached out to her ex and asked him if he would go with Skylar to the daddy-daughter dance. 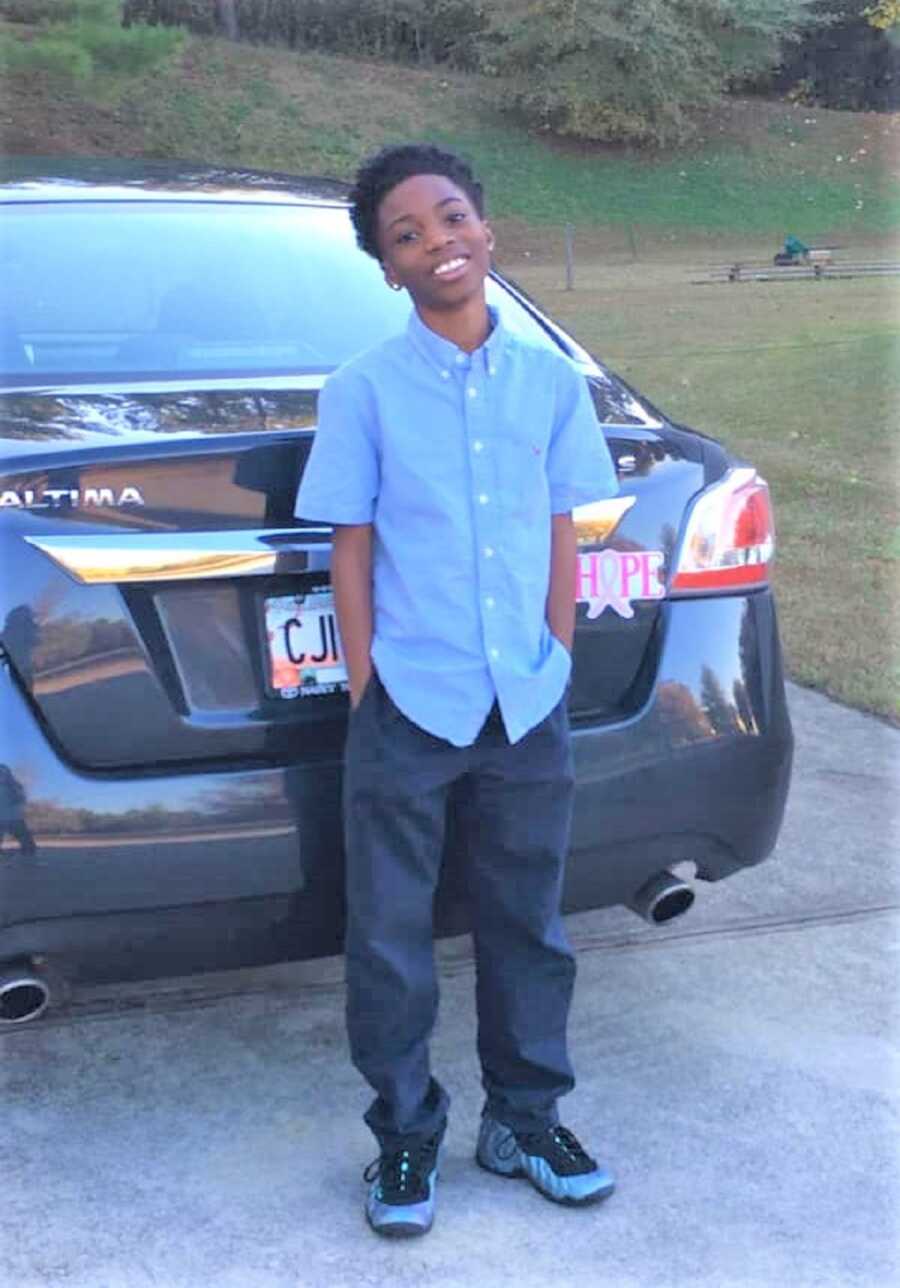 But in the days leading up to the event, the warning signs were there. Skylar’s dad was refusing to pick up his phone. Just a day before the dance, Skylar had started to accept that yet again she was destined for disappointment.

Trelysia revealed her own anger over the situation on Facebook.

“I felt so bad because there was nothing I could do. I’m not a male, obviously,” she wrote.

Thankfully, though, there was a more reliable male in Skylar’s household: her older brother, Christian.

According to Love What Matters, the young boy saw his sister in tears and knew he had no choice but to act.

Trelysia revealed that Christian told her: “If he doesn’t show, Mom, I’d like to take Skylar to the dance… she deserves to know that a man can keep his word and that she’s really special.”

Trelysia hurried out and bought Christian a suit to match his sister’s dress.

“This is the second year that my daughter’s father stood her up for the daddy-daughter dance,” Trelysia wrote on Facebook. “She cried because she had her heart set on going. Then her big brother stepped in and said he’d take her… y’all, I literally cried.”

The proud mom added: “Just know that I’m raising someone a GREAT HUSBAND one day.”

So Christian and Skylar attended the daddy-daughter dance together, and Trelysia updated her followers to let them know the children had a great time.