Angela Bassett has starred in a number of memorable films throughout her career. From groundbreaking films like The Jacksons: The American Dream, Malcolm X, and What’s Love Got To Do With It to romantic classics like Waiting to Exhale, How Stella Got Her Groove Back, and Jumping the Broom the list goes on and on. She’s also won numerous awards for her work on and off the screen. But, there’s one highly lauded role Angela said she would have never taken despite the recognition it garnered. Her answer was straight forward, but some felt that it was also a dash of shade on the side. We appreciate Angela for giving her honest opinion though. See what she said below.

ANGELA ON HALLE’S ROLE: “I WASN’T GOING TO BE A PROSTITUTE ON FILM”
Remember Halle Berry’s Oscar-winning role for Monster’s Ball? Well it turns out that Angela Bassett was offered the role first, but she turned it down and made it very clear that’s a role she would have never touched with a ten foot pole… 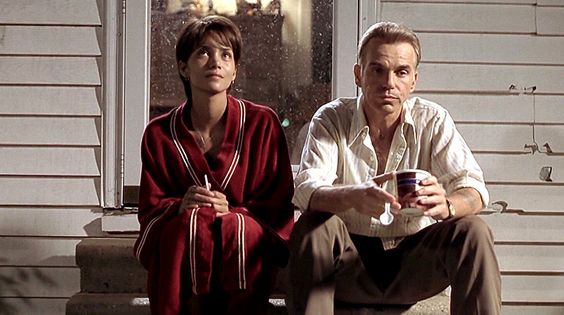 According to Entertainment Weekly, not too long after Halle Berry won her Oscar for the Monster’s Ball role, Angela shared her opinion of the role with them. For those who haven’t seen Monster’s Ball, Halle Berry turned heads with her sizzling sex scene alongside Billy Bob Thorton. The scene was definitely Halle like you’ve never seen her before. Because of the scene’s explicit nature, Angela Bassett said it was just a role she would have had to decline, hands down and referred to is the role of a “prostitute.”

“I wasn’t going to be a prostitute on film,” [Bassett] says. … ”I couldn’t do that because it’s such a stereotype about black women and sexuality.” She says, ”Film is forever. It’s about putting something out there you can be proud of 10 years later. I mean, Meryl Streep won Oscars without all that.”

Obviously, Halle’s role in Monster’s Ball was that of a struggling single mother who worked as a waitress, but Angela reference to Halle’s role as a “prostitute” in the film, is clearly where some say the shade came in.

ANGELA THEN SOMEWHAT CLEARED UP HER “PROSTITUTE” DESCRIPTION…
”I can’t and don’t begrudge Halle [on] her success,” Bassett says. ”It wasn’t the role for me, but I told her she’d win, and I told her to go get what was hers. Of course I want one, too. I would love to have an Oscar. But it has to be for something I can sleep with at night.”

AWARD WORTHY?
Although Halle Berry became the first African-American woman to win an Oscar for “Best Actress,” for her work in Monster’s Ball, many fans were actually shocked. We all know Halle is quite talented and deserving of the award like many other African-Americans. But, many fans were shocked she won for that particular role since Halle has done a number of other films that were more worthy of an Oscar than Monster’s Ball. Thoughts ILOSM fam?’