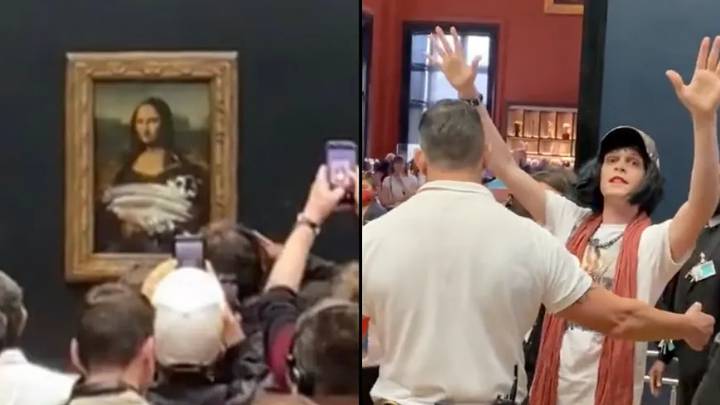 Art fans at the Louvre have been left stunned after an ‘old woman’ jumped out of her wheelchair to smear cake over the Mona Lisa.

The old woman turned out to be a man in disguise, according to Marca.

Witnesses on social media said he threw off his wig and went for the Mona Lisa armed with some sort of cream cake.

As the Mona Lisa is one of the most famous works of art in the world, there naturally were plenty of people to catch the strange incident on camera.

On Twitter, one eye-witness said he couldn’t believe his eyes when the man made his mad dash for painting. 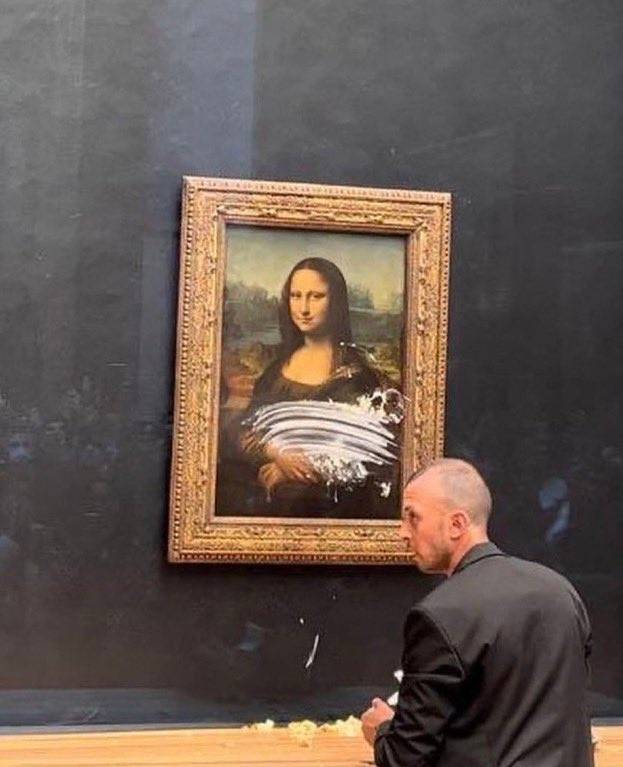 “Maybe this is just nuts to me, but a man dressed as an old lady jumped out of a wheelchair and attempted to smash the bullet proof glass of the Mona Lisa,” the social media user said.

“[He] then proceeds to smear cake on the glass, and throws roses everywhere all before being tackled by security.”

The vandal began to shout as he was led away by security officials.

The man added: “Think of the planet.” 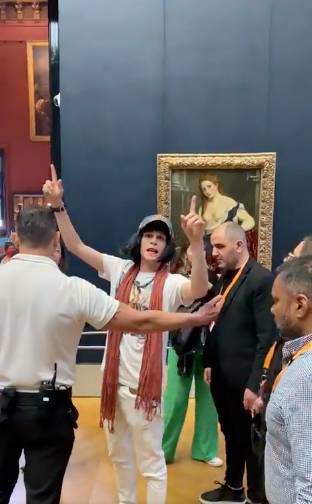 Luckily, despite managing to smear cake across the front of the Mona Lisa, the painting is protected by bulletproof glass, leaving Leonardo da Vinci’s most famous artwork completely unharmed.

The painting, created between 1503 and 1519 by da Vinci, is displayed in the busiest room at The Louvre, with mobs of tourists trying to catch their own glimpse of the iconic artwork themselves every day.

Although his bizarre choice of environmental protest certainly got people talking, this is not the first time the Mona Lisa has been targeted by vandals.

In 1956, the lower part of the masterpiece was severely damaged when a vandal doused the painting with acid, according to Daily Art. 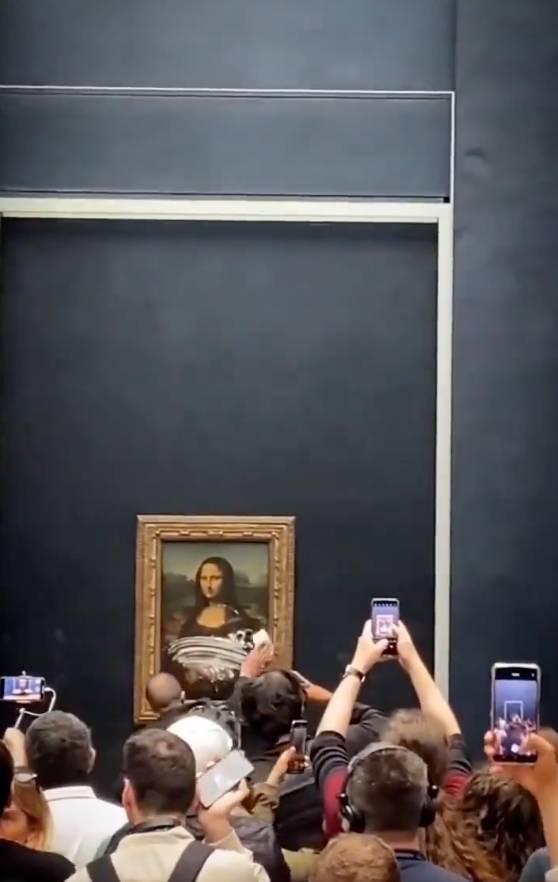 As a result, the Mona Lisa is now one of the best-protected artworks in the world.

In 2009, an angry Russian woman threw a cup of tea at the artwork. The cup shattered against the glass and the painting was undamaged.

It was also stolen over a century ago in 1911. It took Louvre staff more than 24 hours to notice the painting was gone after it was nicked by Italian handyman Vincenzo Peruggia, CNN reports.

The iconic artwork was missing for two years with police reaching a dead-end in their investigation.

The painting was recovered when Peruggia turned up at the Louvre with the Mona Lisa in the boot of his car, returning it because he felt guilty.

LADbible has reached out to The Louvre for a comment.