Sis Said Not Today! A Woman Saved Lives By Using Her Pi’stol To K’ill A Man Who Tried To Use An A’R-15 To S’hoot Up A Party 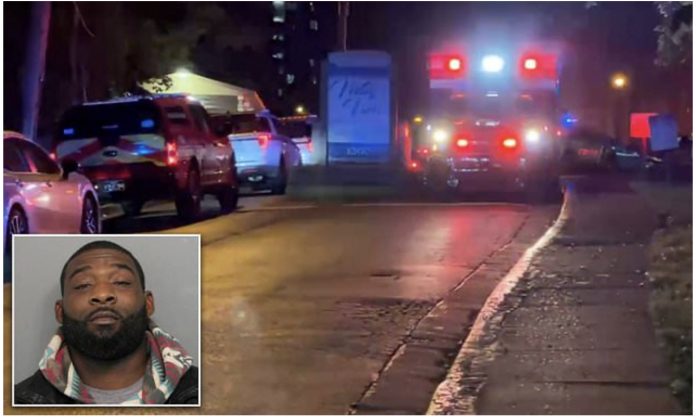 We are taking things into our own hands and saving lives in the process.

A woman acted fast when a man with an A’R 15 tried to open f’ire on a crowd at a party.

According to The Daily Mail A woman ‘saved lives’ when she s’hot a man who opened f’ire on a crowd of people with a semi-automatic ri’fle.

The woman, who has not been named, had been at a birthday party in the city of Charleston, West Virginia, when Dennis Butler began sh’ooting at the group of around 40 people.

Spokesman Tony Hazelett said the woman will not be ch’arged, and that she most likely ‘saved several lives’ by fi’ring back.

He said: ‘She’s just a member of the community who was carrying her we’apon law’fully.

And instead of running from the th’reat she engaged with the th’reat and saved several lives.’

No one else was in’jured in the s’hooting, which took place late on Wednesday, May 25 near the Vista View Apartment Complex on the northeast side of Charleston.

Speaking at a press conference, Mr Hazelett said the incident appeared to have ste’mmed from Butler being told to slow down while driving through an area where children were playing at the party.

He said the fe’lon left the complex, before coming back later with an A’R-15 style semi-automatic r’ifle and began fi’ring into the crowd.

The news site reports that Butler had frequently been ar’rested in West Virginia, with ch’arges often dismissed when wit’nesses failed to appear.