Update: D.L. Hughley Responds to Mo’Nique, Says Everyone is the Problem Except Her 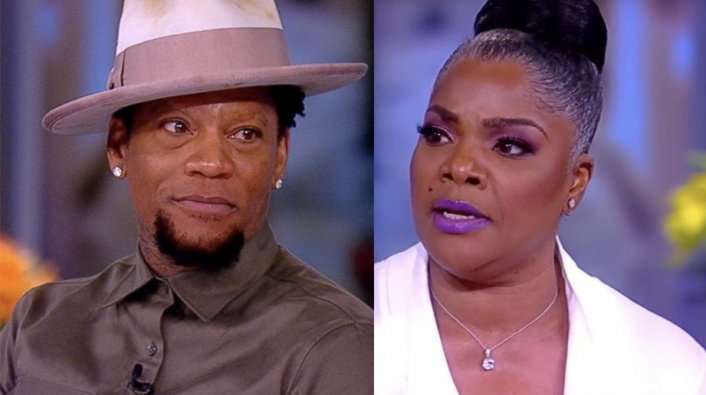 D.L. Hughley has responded to Mo’Nique’s claims of a contract dispute regarding a show called The Comedy Explosion at the Fox Theater in Detroit, Michigan.

D.L. responded to Mo’Nique’s claims via Instagram in a post that read, “All you have to do is check the order of names on the ticket stub from last night and you’ll see who’s confused.” He added, “Against my better judgment, over the objections of my team and 4 other occasions where I said NO, I decided to take a chance and work with Monique.

Recently, Mo’Nique was a part of The Comedy Explosion featuring D.L. Hughley at the Fox Theater in Detroit, Michigan. While on stage, Mo’Nique delivered some choice words to Hughley after an alleged contract dispute. The comedian was supposed to headline the event with Hughley, but that didn’t pan out.

While on stage, Mo’Nique reportedly said, “That’s what the motherf**king contract says… ‘Mo’Nique is to be the last motherf**king person on the got d*mn stage. She is the headliner. That’s what I signed the contract for.” Another clip showed Mo’Nique going in on Hughley even further. The comedian said, “What kind of real n*gga would ever attack a got d*mned black woman?” She said she feels sorry for his wife, then said, “N***a, your name is D.L., what the f**k does it stand for? How far are you bending over, n***a? On the DL.” Watch above.