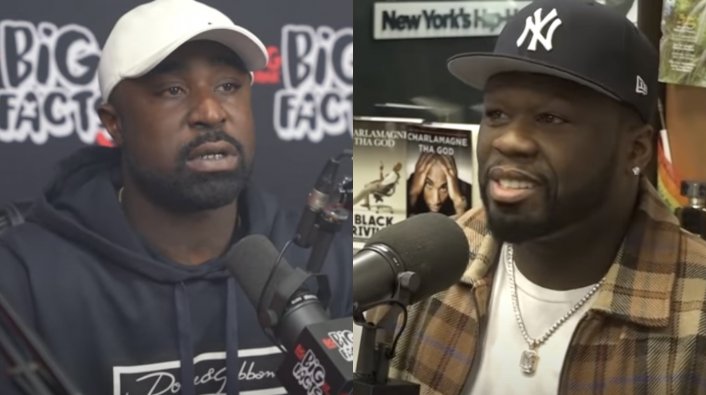 The old adage, “It’s not personal, it’s just business” clearly doesn’t apply to Young Buck and 50 Cent because their disdain for one another has clearly stemmed from a business deal gone wrong. So, as the le’gal ba’ttle between Young Buck and 50 Cent wages on, the latter seems hel’lbent on making his former employee rue the day that he did not deliver the two albums that he promised to make.

Now, the former colleagues appear to be playing a game of “music business” chess with one another. Young Buck filed for ban’kruptcy back in 2020, which would allow him to evade the debt that owes to 50 Cent. But even though Young Buck all’eges that he’s down on his luck, that notion hasn’t stopped 50 Cent from relentlessly pur’suing the money that he is owed.

According to reports, 50 Cent is now investigating ways to block Young Buck’s ban’kruptcy. In fact, the award-winning television producer strongly believes that his former employee still owns valuable assets such as a black 2017 F-250 truck. He also alle’ges that Young Buck has released music after declaring ban’kruptcy, which may very well give his le’gal team the leverage that he needs to take Young Buck down once and for all.

“By failing to disclose that he owned the Black Truck, including without limitation at his meeting of creditors and on his schedules, Defendant knowingly and frau’dulently, in or on connection with the Bank’ruptcy Case, made a false oath or account,” 50 Cent’s attor’neys declared.

50 Cent’s legal team is asking the court that presides over this matter to declare that Young Buck’s debt to him is nondi’schargeable. If so, the Nashville native may not escape the wrath of 50 Cent for several years to come.

For more on this story, keep it locked.