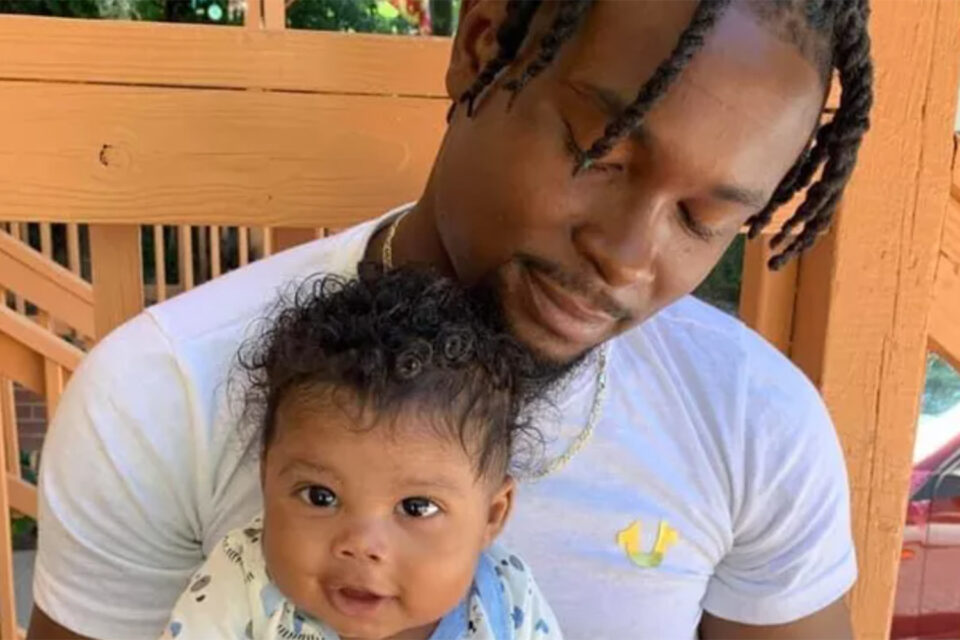 A young father and his infant son were fa’tally shot in North Carolina over Memorial Day weekend in what po’lice are calling a “sen’seless act of vio’lence.”

Just after 10 p.m. on Sunday, Darion McClendon, 25, and his 4-month-old son, Da’mari McClendon, were found de’ad at a home on Morrow Avenue, WSOC-TV reports. Visible bu’llet holes could still be seen inside a house, and some of the cars parked in front of the residence on Monday morning.

Darion’s family says they were sitting outside on the front porch after returning from a picnic when the sh’ots ra’ng out.

Cops say a 9-year-old and an 11-year-old were also inside the home at the time of the sho’oting.

Breaking: Monroe Police tell me the shooting they investigated overnight is now a double homicide with one victim just 4-months-old. They don’t have anyone in custody. It happened around 10:30pm Sunday along Morrow Ave. If you have any info, call police. @wsoctv pic.twitter.com/o57BUqzgzk

“That was my best friend; that was my dog,” she continued. “We have the same daddy that we just lost a few years ago, so that’s the only thing I have left of him. And now it’s just me and my two other sisters.”

The family says Darion left behind another son that is just two years old. Darion’s girlfriend said baby Da’Mari was a happy baby who loved Mickey Mouse. Darion, affectionately known as Debo, was said to be a hard-working family man.

“My cousin lost her baby and her boyfriend,” one family member said. “Debo wasn’t a bad guy. Debo went to work; they had just went to the park with my kids and their baby.”

Police are offering a $5,000 reward for information leading to an ar’rest.

“This is a very difficult time for our community and our officers in the face of this senseless act of vio’lence,” Monroe Police Chief Bryan Gilliard said. “We are committed to bringing the perpetrator of this cr’ime to jus’tice. If anyone has any information, please come forward. We need people in the community to help us in this process.”