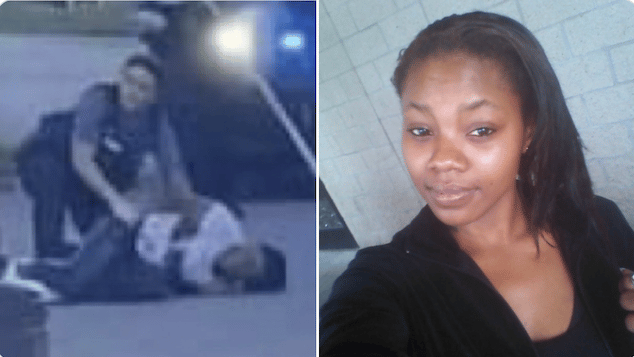 Leonna Hale, 26, is in stable condition after being sh’ot by Kansas City police on Friday. An eyewitness identified as Shédanja cla’ims Hale was trying to flee the scene in the parking lot of a Family Dollar store on Friday night, The Kansas City Star reported. According to Newsweek, Hale had her hands up moments before officers opened fi’re.

The sho’oting occurred after the Missouri State Highway Patrol tracked down a vehicle matching the description of a stolen car inside a Family Dollar parking lot. When authorities tried to ar’rest the man and woman inside the car, the man jumped a fence and ran as three officers chased after him. Shédanja says Hale exited the car with her hands up. When cops ordered Hale onto the ground, she told them that she couldn’t because she was pregnant.

"They still putting her in handcuffs after they shot her" eyewitness recording the video can be heard saying frantically. pic.twitter.com/VltyZxRK2g

Police reportedly gave Hale multiple orders to get down. She then told pol’ice there was a g’un in the vehicle and started backing toward a fence in the parking lot.

“She did not pull out a we’apon on them,” Shédanja said. “She did not even have a stick in her hand.”

That’s when several officers approached her with their wea’pons drawn. Hale, according to Shédanja, took three steps before pol’ice opened fi’re.