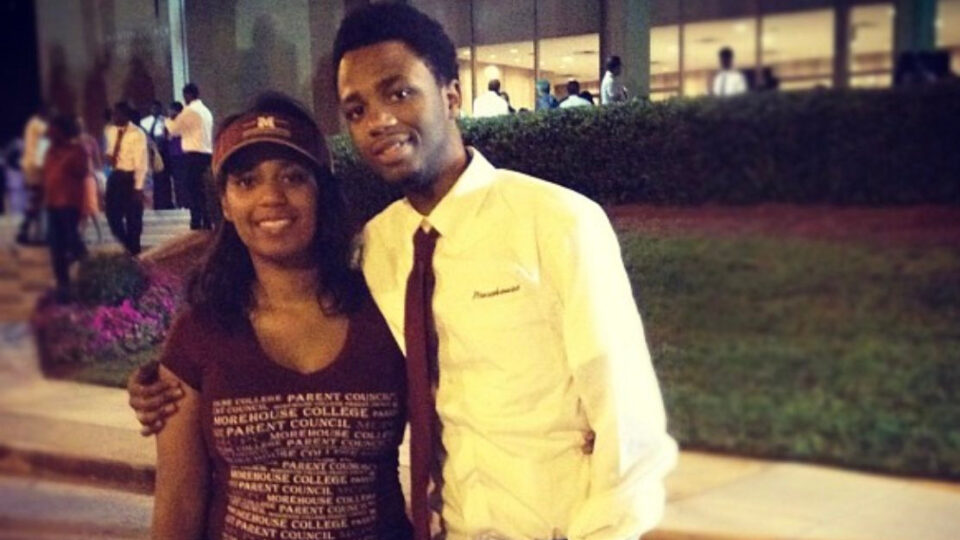 According to TMZ, the producer’s mother was k’ille’d by her husband, not Metro Boomin’s father, outside of Atlanta. Leslie Joanne Wayne was found de’ad, and pol’ice have rep’orted that she di’ed at the hands of her husband, whose name was not disclosed. Po’lice stated that her husband took his own life by sui’cide after k’illi’ng Metro’s mother. The incident reportedly took place on Friday, June 3.

The producer has worked with a slew of Atlanta artists such as Future, Young Th’ug, Gucci Mane, Migos, and popular rappers such as Travis Scott, Drake, Kanye West, and 21 Savage.

Metro’s representative confirmed the horrible news and has stated that an autopsy will be performed to determine the exact cause of de’ath. The rep has also asked that Metro’s and the family’s privacy be respected during this tra’gic time.

Wayne brought Metro and his three siblings up in St. Louis. She realized his musical talents and encouraged him to pursue his talent and passion as he went through his teenage years and early adulthood. She even went as far as driving her son from St. Louis to Atlanta, so he could work with the artists he had connected with early in his career. The Fader reported in 2016 that Wayne would drive Metro the 17 hours from St. Louis to Atlanta to meet with OJ Da Juiceman. Wayne would continue to make the 17-hour drive almost every weekend as long as he kept getting good grades in school.
According to Billboard, the successful producer initially appeared on the Billboard charts in 2017 when he was on the Billboard Artist 100. He peaked in October 2020 at No. 4 on the same list. He has appeared on the Hot 100 chart 31 times, having two Top 10 hits in 2020: “Runnin” with 21 Savage (No. 9) and “Mr. Right Now” with 21 Savage featuring Drake