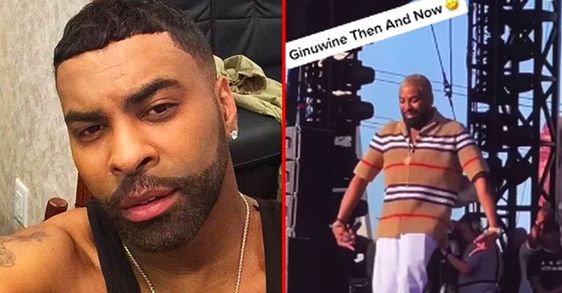 Ginuwine’s “Pony” ain’t ‘ponying’ no more…at least according to many fans who are goin’ to town roasting the 51-year-old singer on social media.

It all started with a recent performance of Ginuwine in concert that went viral on Tik Tok and Instagram. In the video shared by Ballert Alert, apparently, Ginuwine was performing his hit, “Pony” when he attempted to deliver a modified version of the dance steps he was known for back in ’96. It didn’t necessarily go over so well with many on social media, who have been clownin’ the R&B crooner over it ever since.

The video clip shows a throwback vs. current display of Ginuwine gettin’ his dance-on to his song. His dance moves are noticeably different. In the ’90s version of “Pony,” Ginuwine is gyrating and dancing enthusiastically. However, in the recent version of his performance of the same song, he delivered a very modified rendition as far as dance moves go, leaving way for all sorts of shade-filled comments to be thrown his way. Even several celebs got in on the mix, but it was all in good fun…at Ginuwine’s expense.

The gu’il’ty feeling on our part is that now that we’ve viewed the video and read the comments, we can’t unsee what many have now pointed out — that Ginuwine’s 2022 style “Pony” moves are givin’ geriatric vibes in comparison to his ’90s moves…and understandably so.

Hilarious Reactions From Fans And Celebs
Like we said, fans and celebs alike got a good laugh at Ginuwine’s then-and-now comparison.

First up were the fans, with their creatively epic shady comments…

mighty***: That Pony gave up

ce_b***: The pony not giving what it’s suppose to anymore 😂😂

sexxiblack*****: Y’all should see the one where they had the sound of bone’s cracking with his every move 😂

brittanymi*****: That pony got arthritis in his knees now baby.

legit.sout****: He knew bettteerrrr😂😂😂😂😂 he knew better than to do this lmao 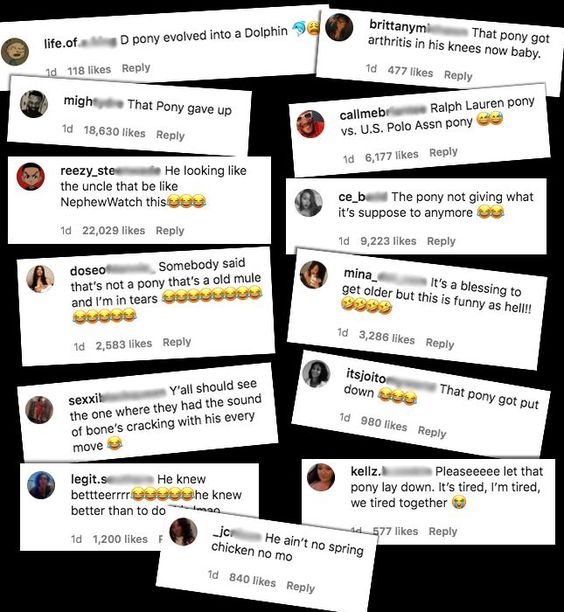 Then came the celebs giving their take on this “Pony” situation…
His former TGT group member, Tank, wrote: “Don’t do my guy like that!!..🤣🤣🤣🤣.”

While “The Breakfast Club’s, DJ Envy said, “Don’t do OG like that….”

And even NFL icon, Deion Sanders, got a laugh in writing, “Y’all ain’t right.”

As y’all can see, people are having a blast with Ginuwine’s latest viral video moment, as they should. To Ginuwine’s credit though: the man still sounds just as good as he did back in the day…and as far as looks go, c’mon now, he can damn sure give many –his peers and youngins alike — a run for their money, just sayin.’ However, when it comes to his 2022 “Pony” dance routine…it may be time to part ways with the old…and maybe try something new.