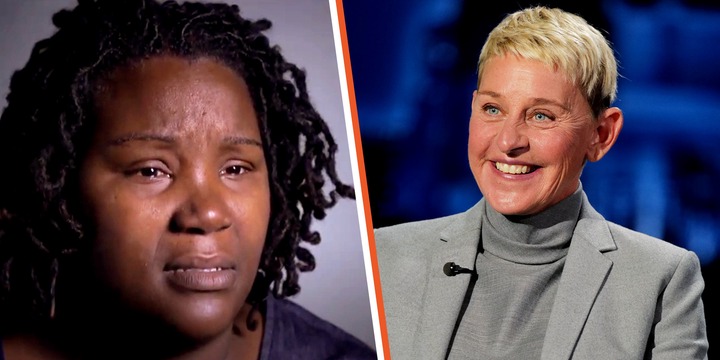 When a bus driver was on her third drop-off in 2016, her young passengers alerted her to an emergency. They smelled smoke, and they were in grave danger within a few moments.

Not all heroes wear capes, and one bus driver from Maryland proved this after she jumped into action. She displayed uncommon bravery and did her utmost to ensure the safety of children.

The woman had only been a school bus driver for two years when the unthinkable happened—fortunately, her quick thinking made a world of difference. Read this story and discover why she deserved a gold medal. Renita Smith was about to drop off her final load of students aged 4 to 10 when her brake light started flashing. She decided to drive to the next stop sign before assessing the situation, but things went south in minutes. The bus driver explained:

“I thought I had time to get to the next stop, which was maybe a block or two away, but that didn’t happen.”

As Smith reached for her phone to contact the transportation center, she heard the voices of her passengers shouting, “Miss Bus Driver, Miss Bus Driver, it smells like smoke.” 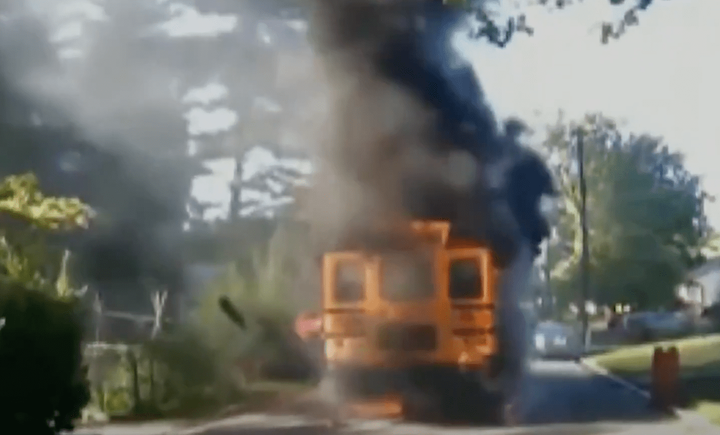 The smell of smoke was horrible, and Smith realized the situation was dire. The first sparks started in the back of the bus and spread like wildfire. She shared:

“When I picked up the radio and I looked through my side rearview mirror, I saw the fire … I unbuckled my safety belt, I opened the door, and I got my babies off that bus.”

Thankfully, Smith acted instinctively, getting the children into a single file. She marched them off the bus, and people from the residential community offered the kids support. However, Smith’s job wasn’t done yet. 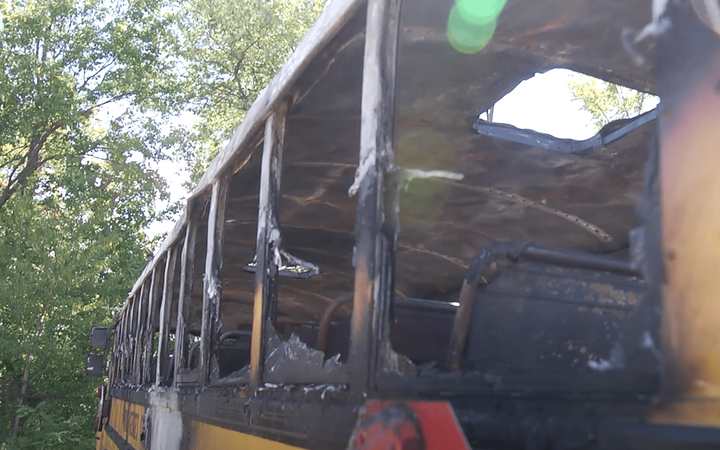 The bus that went up in flames. | Source: youtube.com/AFSCME

Smith, a mother herself, didn’t assume all of the children made it off the bus. Not willing to take any chances, she ran into the burning bus and checked each row.

She said: “Once the neighbors came out and took the children as they got off to a safe haven, I ran back on the bus to make sure that there were no more kids.”

Her actions displayed her true selflessness and genuine care for her passengers. Miraculously, all 20 kids made it to safety, and they, along with their parents, were immensely grateful to Smith, who humbly expressed:

“It’s my job. They’re my babies until I give them back to [their parents].” A PEP RALLY IN HER HONOR

Smith was delighted when the kids she saved, their parents, school staff, and local government officials thanked her. A pep rally in her honor was arranged, and the children sang a beautiful song.

The kids held big thank you signs and showered her with love and affection. It meant the world to Smith, who was thrilled to see the students doing well.

The bus driver cried throughout the event, and she was humbled to be seen as a local hero. However, the surprises were not done yet.

SHE APPEARED ON THE ELLEN DEGENERES SHOW

Talk show host Ellen DeGeneres invited Smith to share her story and praised her bravery. DeGeneres was in awe of the woman and knew she lived paycheck to paycheck, so she did something to help the single mother of two.

DeGeneres and her sponsors gifted Smith with a big reward—a $20,000 check. It was an emotional moment for the bus driver, who had tears streaming down her cheeks.