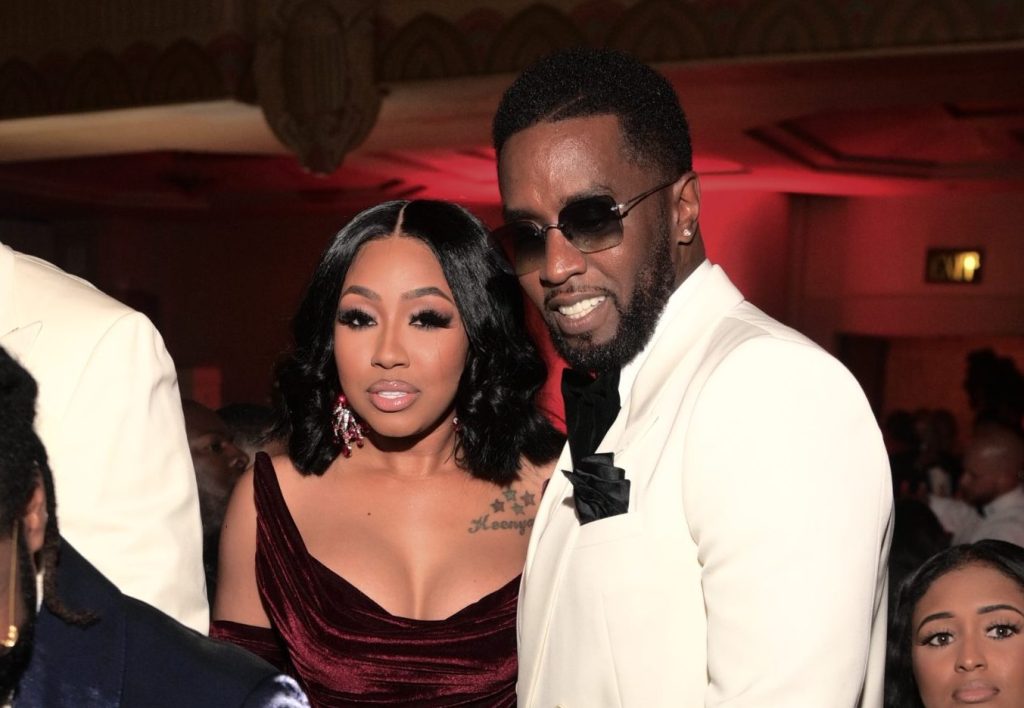 Yung Miami kept Diddy in the hot seat during the premiere episode of her podcast Caresha Please. But, it seemed like the music mogul had no issues navigating her flames. The pair connected on camera as they spoke about severe topics like losing their child’s other parent.

But Yung Miami and Diddy couldn’t hold back the toothy smiles, deep laughs, and ‘I know you know’ glances as they spoke about their bedroom preferences, the status of their long-rumored romance, and Miami’s viral exchange with Gina Huynh.

Halfway through the interview, Miami asked Diddy about his relationship status. He responded, “I’m single, but I’m dating.” She followed up with her now-signature line, “so what we is.”

“We date. We’re dating. We go have dates, we’re friends,” Diddy said. He added, “We go to exotic locations, we have great times. We go to strip clubs. Church.”

Miami interjected, repeating “church.” And Diddy doubled down, saying, “imma take you to church.” With a wide grin, Caresha gave her approval saying, “I love that.”

Later in the interview, Yung Miami added her interpretation of their relationship. First, she affirmed that he’s single but then clarified that he’s still hers.

“You single, but we go together,” Yung Miami said. “So how would you feel if I be telling people that I’m single cause we go together?”

They both laughed, but Yung Miami made it clear it was no laughing matter to her. He responded, “hold on,” and Miami pushed, saying, “it ain’t no hold on.” Diddy then asked, “We go together now?” Not missing a beat, Miami said “real bad.”

Diddy agreed with her, saying, “whatever you say.” The City Girl appeared happy with his answer, saying, “I like that.”

Diddy Calls Exchanges Between Yung Miami & Gina Huynh “Messy”
While this episode of Caresha Please gave some clarity, it wasn’t the first time Miami spoke on their romantic link. She set off waves on social media in late May following the Billboard Music Awards. Miami threw a subliminal tweet at Gina Huynh after the model made suggestive posts about the producer.

The exchanges spiraled from there, with Miami blasting Gina’s “cheap a** lint ball carpet” and accusing her of wanting a viral moment. Gina responded by pulling Yung Miami’s City Girl card and wrote, “why you so press mama.” Gina’s response prompted Miami to claim Diddy, despite multiple denials in the past.

On Thursday’s episode, Miami asked Diddy his thoughts on their heated interactions. Diddy didn’t mention Gina but clarified that he handled the situation.

“It was messy,” Diddy said. “It was one of those days you know and so I had to polish things up, had to press the reset button. Boom and keep it moving cause I’m not trying to get messy. I’m just trying to live my life, have a good time and stay out the way, but do whatever the f*ck I want to do.”

About four hours after publishing, the interview collected more than 200,000 views and trended on Twitter.