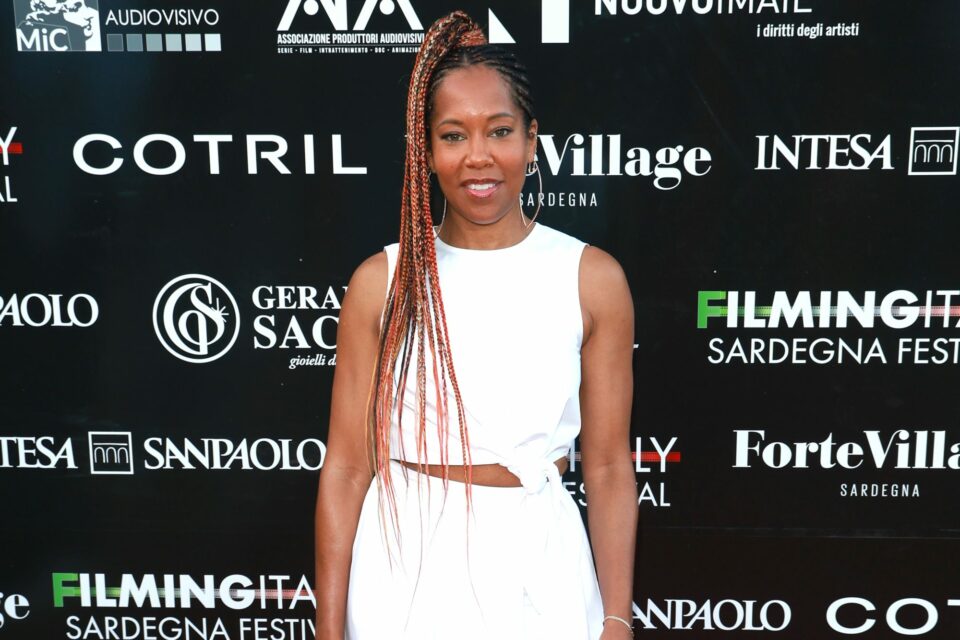 Regina King stepped out on the red carpet this weekend, for the Filming Italy Festival in Santa Margherita di Pula, Italy. In her first public appearance since the tragic loss of her only child at the beginning of the year, the Academy Award-winner has rarely been seen since the news, fans keeping a steady prayer for her mental well-being.

Her two-piece ensemble featured a sleeveless top that showed off her toned arms and a maxi skirt with a high slit, offering a view of her nude heel’s metallic silver ankle straps. 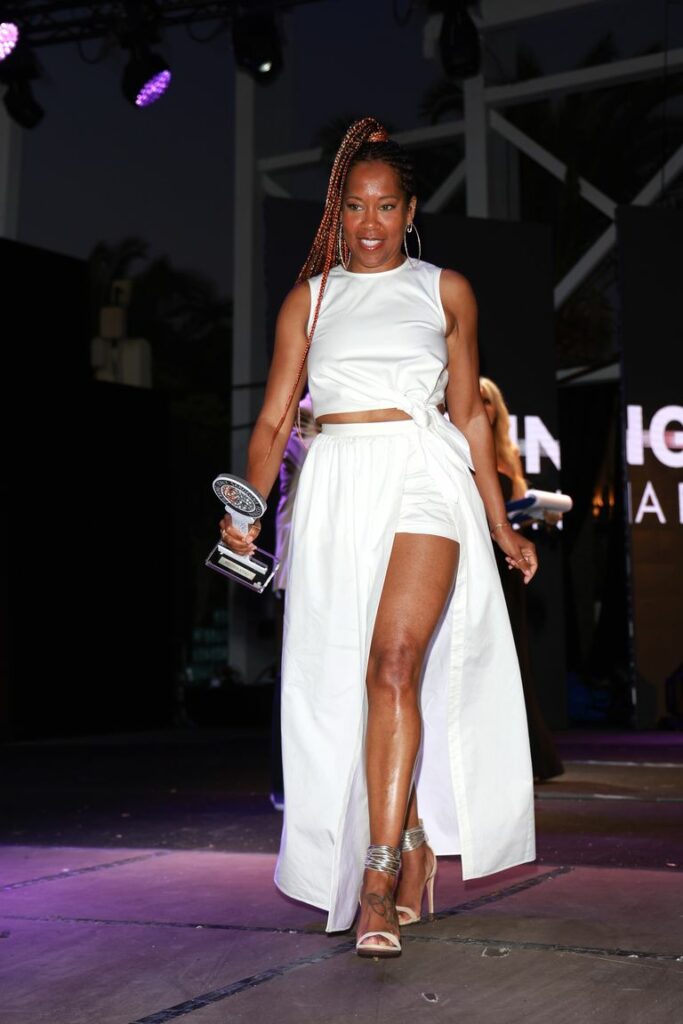 The One Night in Miami director was honored at the festival with the Women Power Award, which she co-won with fellow actress and friend Naomie Harris. She was also caught receiving a kiss from festival director, Tiziana Rocca. 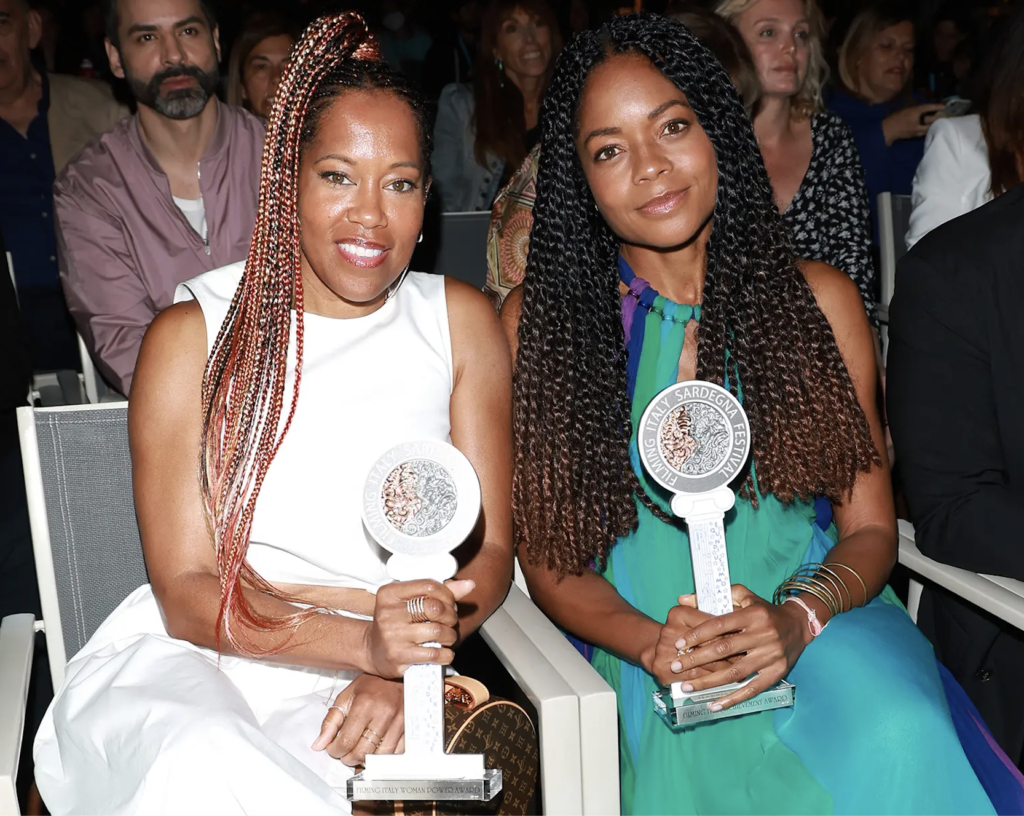 In the rare glimpses since her son Ian Alexander Jr.’s suicide, the 51-year-old actress was last seen when her cousin blessed fans with an update for Mother’s Day. Before that, she was photographed transformed as Shirley Chisholm, the first Black woman elected to Congress for a biopic being filmed about the pioneer politician.

The Netflix feature titled Shirley will chronicle the Brooklyn congresswoman’s 1972 presidential campaign, where she made history as the first woman and first Black woman to seek nomination for president of the United States.

In the first look pictures, King is seen wearing Chisholm’s signature updo and glasses, sending fans reeling that another Oscar is the bag for the actress.

Per Harper’s Bazaar, she has also reportedly been cooking up directorial projects, set to lead her second film, a reimagination of the award-winning comic series Bitter Root.

An outpour of love was directed at King, as fans took to social media to praise her strength after seeing her back out in the public eye.