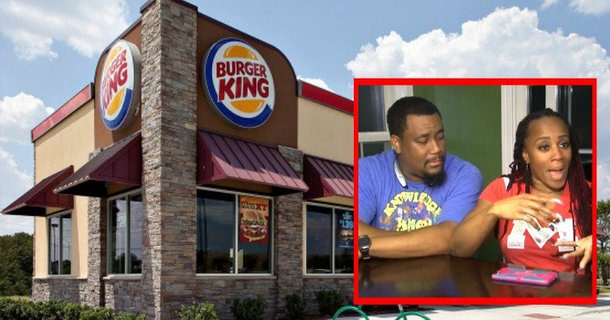 A hungry couple decided to go to their local Burger King for a bite to eat. Unfortunately, the night would later take a drastic turn as they looked in their bag – and that’s when they were left horrified to see the na’sty surprise that a punk employee had left inside of it.

Nancie and Martyce Murphy ran through the drive-thru at Burger King in Naperville, Illinois, just as they had so many times before. Unfortunately for them, things went a bit differently this time around as they noticed something was a bit off when they got home and began to unwrap their meals.

“He sat here at the table, took one bite and then said, ‘Honey, I think you need to look,’” Nancie said. Sure enough, she found a nasty 2-word note scrawled on the inside of her burger wrapper that read, “F*ck you.” Come to find out, Martyce only knew because his sandwich came with the special note as well.

As one would imagine, the perplexed couple decided to call Burger King to see why the unfortunate series of events happened to them – but things only got worse from there. “I told him what had happened and he said, ‘I don’t believe you, there’s no way that could have happened,’” Nancie went on to recall.

Not willing to let it go, she decided to call back on Monday morning in order to speak with a different supervisor, and that’s when she finally got some answers. According to ABC 7, the supervisor called back in the afternoon after saying she would investigate and said that one of the employees did, in fact, admit to writing the unacceptable note. 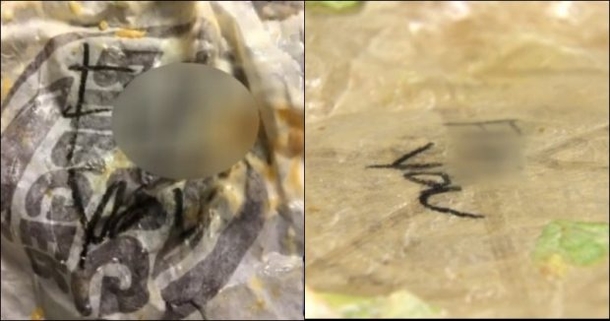 Although the employee tried to explain it away by saying that “he was just having a bad day,” he was immediately fired on the spot. Since that time, Burger King has come forward with a statement condemning the employee’s behavior and saying that they will be offering new training to ensure this doesn’t happen again in the future.

As for Nancie and Martyce, they say it’s too late. In fact, they’re so outraged over the matter that they won’t be eating at a Burger King ever again. Although it was right for this couple to get mad, they need to learn to relax in the long run. Burger King handled the matter appropriately seeing how they fired this punk on the spot for what he did. There will always be idiots out there, and it’s best not to condemn the many for the actions of the few.