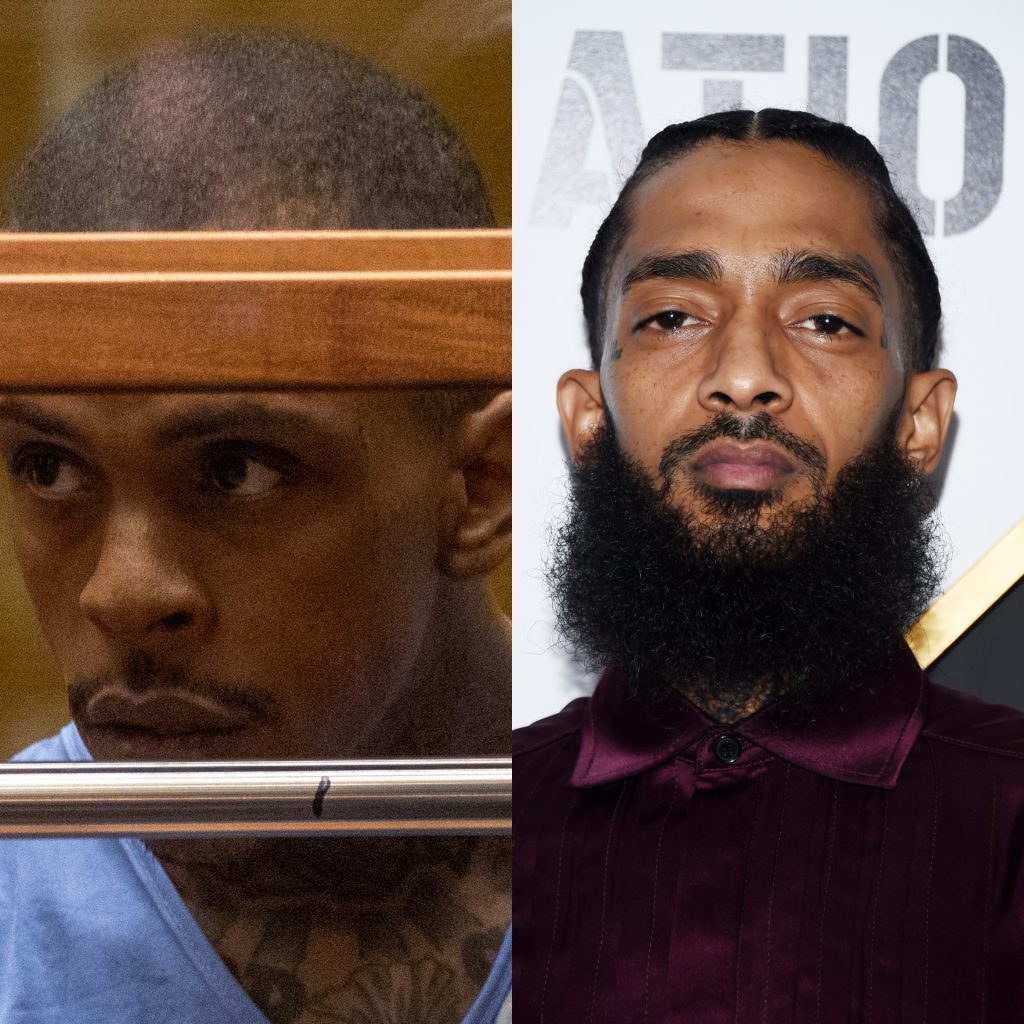 Eric Holder is standing trial for the murder of Nipsey Hussle, and on Wednesday, prose’cutors began to reveal terr’ifying details about the tra’gic in’cident.

According to TMZ, Deputy District Attorney John McKinney addressed the jury Wednesday, detailing Holder’s al’leged actions following Nipsey’s de’ath. McKinney a’lleged that after Eric gu’nn’ed Nipsey down in the parking lot of his ‘Marathon’ clothing store, he walked over to the rapper and ki’cked him in the head.

Holder al’lege’dly addressed Nipsey saying, “You’re through,” and Nipsey responded with, “You got me,” before the gu’nm’an fled the scene.

Apparently the conversation had something to do with Mr. Asghedom telling Mr. Holder that word on the street was that Mr. Holder was snitching. The conversation wasn’t particularly belli’gerent, and it lasted about four minutes.”

Holder was initially being represented by Chris Darden, famously known for working the OJ Simpson trial, but he withdrew from the case al’legi’ng his family was receiving de’ath thr’eats. Eric Holder is now being represented by a public defender, who plans to ar’gue that he is being “over’char’ged.”